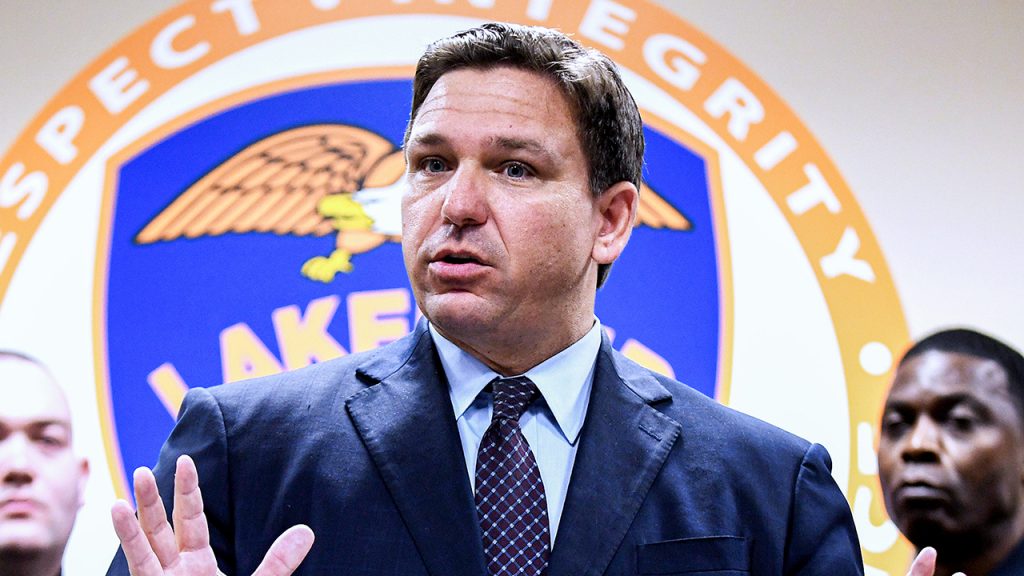 The Florida Department of Health issued its first fine to a county that allegedly violated the state’s ban on vaccine mandates, the department announced this week.

Leon County, which includes the capital of Tallahassee, balked at the $3.5 million fine, claiming its vaccination requirement and subsequent firing of 14 employees were legal and accused Gov. Ron DeSantis of being political.

“The governor’s position in this instance, unfortunately, appears to be less of a public health strategy and more about political strategy,” Leon County Administrator Vincent Long said.

DeSantis said Tuesday, “No one should lose their job because of COVID shots,” while announcing the fine on Twitter. “We must protect the jobs of Floridians and preserve the ability of Floridians to make their own decisions regarding what shots to take.”

The state said the county had violated Florida’s “vaccine passport” law, which prohibits businesses and governments from requiring people to show proof of COVID-19 vaccination.

“These are people that, presumably, have been serving throughout this whole time and now all of a sudden they’re basically getting kicked to the curb,” DeSantis said in a news conference about the fired employees.

“It is unacceptable that Leon County violated Florida law, infringed on current and former employees’ medical privacy, and fired loyal public servants because of their personal health decisions,” DeSantis spokesperson Taryn Fenske said in a release. “Governor DeSantis will continue fighting for Floridians’ rights and the Florida Department of Health will continue to enforce the law.”

DeSantis said Tuesday, “No one should lose their job because of COVID shots,” while announcing the fine on Twitter. The Florida Department of Health fined Leon County $3.5 million Tuesday for requiring vaccines.
(Photo by Paul Hennessy/SOPA Images/LightRocket via Getty Images)

President Biden announced a federal vaccine mandate last month for businesses with more than 100 employees, which hasn’t gone into effect yet and the Florida law is being challenged in court.

“We don’t need the state bullying our communities or private businesses who are simply trying to serve the people and get on the other side of this pandemic,” Democratic state Sen. Loranne Ausley said.

The state is investigating dozens of local governments and businesses for potential violations of the law, according to the Orlando Sentinel.

“Firing hard-working employees over vaccine passports has real and lasting consequences,” Surgeon General Dr. Joseph Ladapo said in a statement. “It leads to resentment in the workplace, and loss of employment impacts individual and public health. Individuals have every right to choose how to best protect themselves and their families, and the Department will continue to enforce this law.”