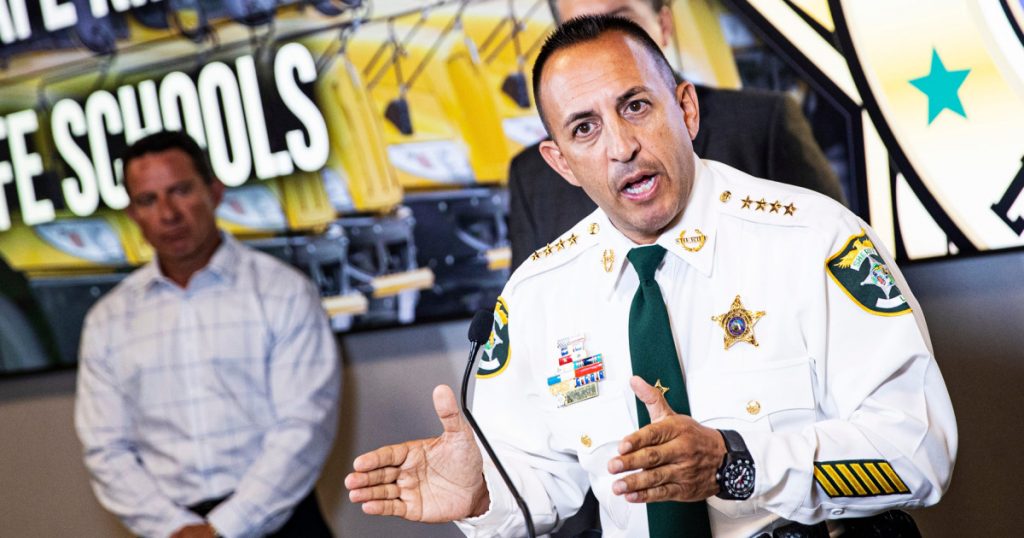 A fifth grade student in Florida was arrested over the weekend after allegedly threatening to carry out a mass shooting in a text message, authorities said.

In a statement Saturday, the Lee County Sheriff’s Office said it had learned earlier that day of a “threatening text message” sent by a student at an elementary school.

It said its local school threat enforcement team was immediately notified and started investigating. The 10-year-old boy was interviewed and later charged with “making a written threat to conduct a mass shooting,” the sheriff’s office said.

In video shared by authorities, the boy can be seen being led into a police vehicle.

“Right now is not the time to act like a little delinquent. It’s not funny,” he said. “This child made a fake threat, and now he’s experiencing real consequences.”

Marceno said his team “didn’t hesitate one second…NOT ONE SECOND,” to investigate the incident.

The remark came as authorities in Uvalde face mounting criticism over their response to the May 24 school shooting after it came to light that they waited roughly an hour for backup instead of immediately moving in on the gunman.

Chantal Da Silva is a breaking news editor for NBC News Digital based in London.