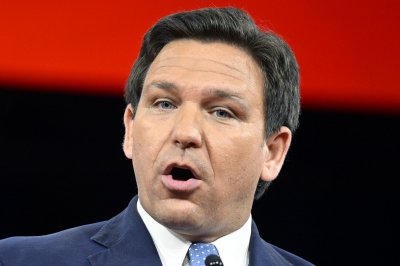 Known as the “Don’t Say Gay” law, the official title of the law is “Parental Rights In Education.”

While the law does not actually bar use of the word gay, it requires teachers to reveal to parents if their children have “come out” — or revealed — to them that they are LGBTQ, as well as barring classroom instruction on “sexual orientation” and “gender identity” with children younger than third grade.

It also bars education on either topic “in a manner that that is not age-appropriate or developmentally appropriate for students in accordance with state standards.”

Republican lawmakers in Florida who support the law insist it is meant to strengthen parental rights over education.

But many parents, teachers, administrators and students say that while the law purports to be about parent’s rights, it actually singles out LGBTQ+ students and teachers, taking away their rights in classrooms.

A White House statement Friday declared, “Today, some of Florida’s most vulnerable students and families are more fearful and less free. As the state’s shameful ‘Don’t Say Gay’ law takes effect, state officials who claim to champion liberty are limiting the freedom of their fellow Americans simply to be themselves. ”

A spokeswoman for the Desantis campaign said Friday that the law is part of the governor’s commitment to “putting students first and protecting parent’s rights.”

The law says that “a school district may not encourage classroom discussion about sexual orientation or gender identity in primary grade levels.” And if that discussion happens in classrooms the law empowers parents to sue schools.

The White House noted that the law is already having a chilling effect with teachers expected to remove any visible references to LGBTQ+ people in their classrooms.

Teachers in Orange County, Fla., which includes the Orlando area, told WFTV-9 that they’ve been told to remove “Safe Space” stickers from their classroom doors, ordered to tell parents if a child has “come out” to them and have been discouraged from displaying photos with a same-sex spouse or discussing their families.

A representative for Orange County Public Schools said in a statement that a presentation during a seminar “posed hypothetical scenarios based upon the new statutes and verbal answers were provided based on the limited guidance from the Florida Department of Education.”

WFTV-9 reported that, after a separate conversation with an OCPS official, the district is looking be extremely cautious until they get more clarity on the law — including concerns that teachers could lose their teaching licenses if they violate it.

The school district in Leon County, Fla., where Florida’s state capital Tallahassee is located, this week approved a guide for administrators and teachers to follow the new law. The guide is the result of an advisory committee created last summer after parents complained that the district’s policies overstepped their rights.

At a commission meeting Wednesday, when the guide was unanimously adopted, the most contentious section was a requirement to report students who are open about their gender identity or sexual orientation to their parents — “outing” them, or revealing this information without their permission.

The White House said the law is not “parent’s rights,” it’s “discrimination, plain and simple,” adding that the law “encourages bullying and threatens student’s mental health, physical safety and well-being.”

“The White House continues to lie about Florida’s work to protect children as young as five years old from sexualized lesson plans,” Lindsey Curnutte, a spokeswoman for the campaign, told Fox News Digital.

Florida civil rights groups have filed a suit against the law.