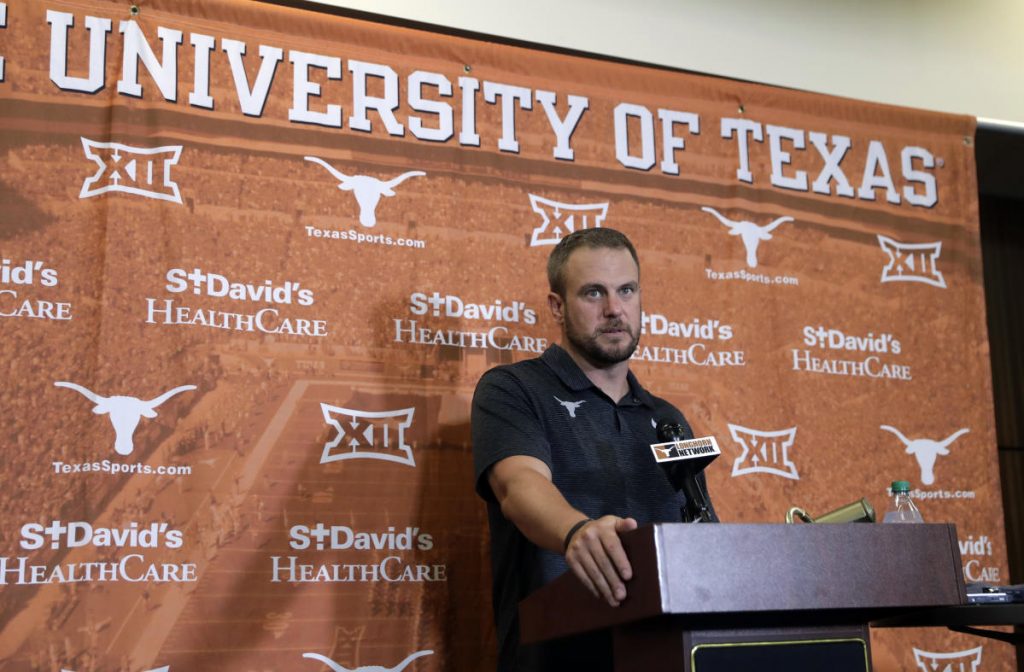 Florida Atlantic announced Thursday that it has hired Herman as its next head coach. At FAU, Herman will replace Willie Taggart, who was fired by the school after going 15-18 in three seasons.

It’s Herman’s first head-coaching job since 2020, when he was fired by the University of Texas after four seasons. Herman had a 32-18 record at UT, but the school opted to replace him with Steve Sarkisian after the Longhorns went 7-3 in 2020. Texas had a winning record in all four of Herman’s seasons in charge, including going 10-4 with a Sugar Bowl victory in 2018.

“It is an honor to have the opportunity to lead the Florida Atlantic football program,” Herman said. “All the pieces are in place at FAU for us to be successful. There are already great young men on this team, great facilities, a great location, a great recruiting base and great leadership, all of which are important to building a successful program.”

Before he landed at Texas, Herman had a 22-4 record in two seasons at Houston. That included a 13-1 record in 2015 that culminated in a win over Florida State in the Peach Bowl.

Herman also notably served as the offensive coordinator at Iowa State and Ohio State among his many stops as an assistant coach. However, he has never coached in the state of Florida.

Herman spent the 2021 season as an offensive analyst for the Chicago Bears. This year, he worked for CBS Sports Network. Now he’s back in a head-coaching role.

“We are incredibly excited to welcome Tom Herman to Paradise,” FAU athletic director Brian White said. “Throughout the process and the more we talked with Coach Herman, the more it became apparent to me that he was the right person to lead our football program. Beyond his knowledge of the game, which is obvious by his success over the years, he also truly cares about the young people in his program. He has coached winning programs everywhere he has been and we believe he can be tremendously successful at FAU as well.”

Florida Atlantic went 5-7 this season, missing out on a bowl for the second year in a row.

The Owls endured eight consecutive seasons (2009-2016) without a winning record before the school hired Lane Kiffin. Kiffin spent three seasons at FAU and coached the Owls to two Conference USA titles before leaving for Ole Miss.

FAU was unable to match that success with Taggart as head coach. Now, with the program moving from Conference USA to the American Athletic Conference in 2023, the school is hoping Herman can elevate the program’s performance in the years to come.