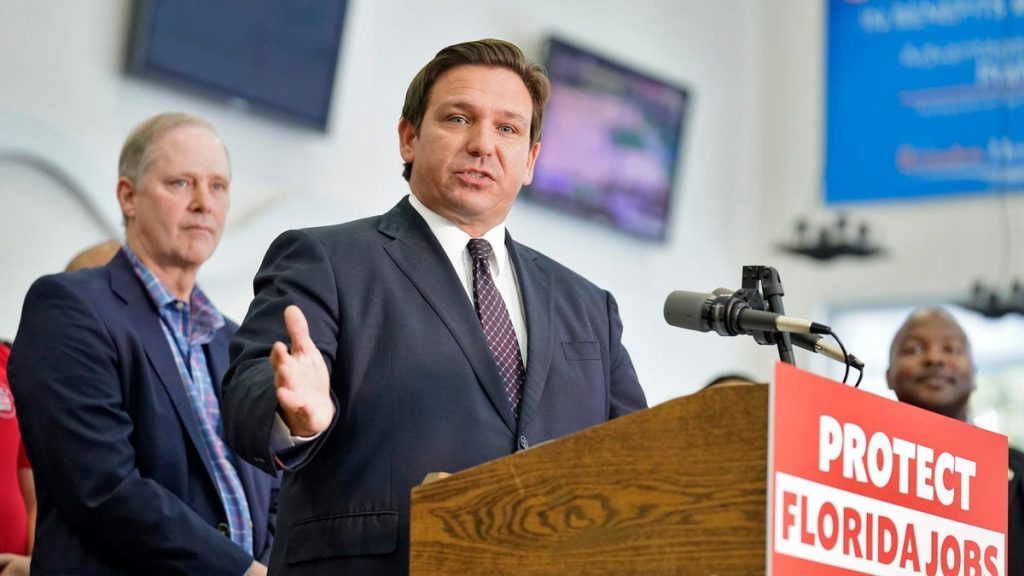 A federal judge ruled against Florida over the weekend and declined to temporarily block the Biden administration’s order mandating Covid-19 vaccines for healthcare workers, the first major setback in the state’s wide-ranging efforts to oppose the federal government’s vaccine requirements.

Florida sued the Biden administration last week challenging the constitutionality of the vaccine policy, which requires vaccinations for all healthcare workers in facilities that participate in Medicare and Medicaid programs.

Rogers, who was appointed by President George W. Bush, said Saturday Florida’s complaint didn’t show the state would suffer “irreparable injury” if the mandate went into effect, noting the Florida plaintiffs said they “anticipate” the requirement will hurt the state and its workers but did not provide any evidence that it actually will.

Christina Pushaw, spokesperson for Florida Gov. Ron DeSantis, told Forbes in an email the Biden administration’s vaccine mandate is “outrageous” and the governor’s office is “working closely with the Attorney General’s office and exploring all our options.”

Florida’s lawsuit included affidavits that “express[ed] opinions of agency heads who ‘estimate’ that they ‘may’ lose a certain percentage or a number of employees, or speculate as to the consequences they will suffer ‘if widespread resignations were to occur’” if the mandate takes effect, Rodgers wrote in the ruling. “However, such opinions, absent supporting factual evidence, remain speculative and may be disregarded as conclusory.”

“Attorney General [Ashley] Moody will continue to fight back on President Biden’s unlawful vaccine mandates,” Lauren Schenone Cassedy, a spokesperson for the Florida Attorney General’s office, told Forbes in a statement. “We strongly disagree with this order and will pursue further action in court to protect the livelihoods and rights of all Floridians.”

Florida has been one of the biggest states to oppose the Biden administration’s vaccine requirements for workers. The state has also filed a lawsuit opposing a mandate for federal contractors and has threatened to sue over the federal government’s vaccine-or-test requirement for all large employers, though that rule is presently blocked as litigation against it moves forward. DeSantis signed several bills into law last week that also target the federal mandates, including a policy that requires all employers to carve out exemptions to vaccine policies like prior Covid-19 infection, pregnancy and willingness to use personal protective equipment. Another law directs the governor to develop a plan to pull Florida out of the Occupational Safety and Health Administration, which is the agency responsible for the vaccine-or-test mandate for large employers.

DeSantis, a Republican who’s been eyed as a potential 2024 presidential candidate, signed the bills into law in Brandon, Florida—viewed as a nod toward conservatives’ anti-Biden rallying cry, “Let’s go, Brandon.”

At least two other major lawsuits challenging the healthcare worker mandate, which were filed by coalitions of more than 20 states in total, remain pending and could still result in the vaccine requirement getting struck down.

Florida’s new law restricting vaccine mandates is already having an effect. Walt Disney World, which is located in Florida and is the largest single-site employer in the country, paused its vaccine mandate for employees over the weekend in response to the new state policy.