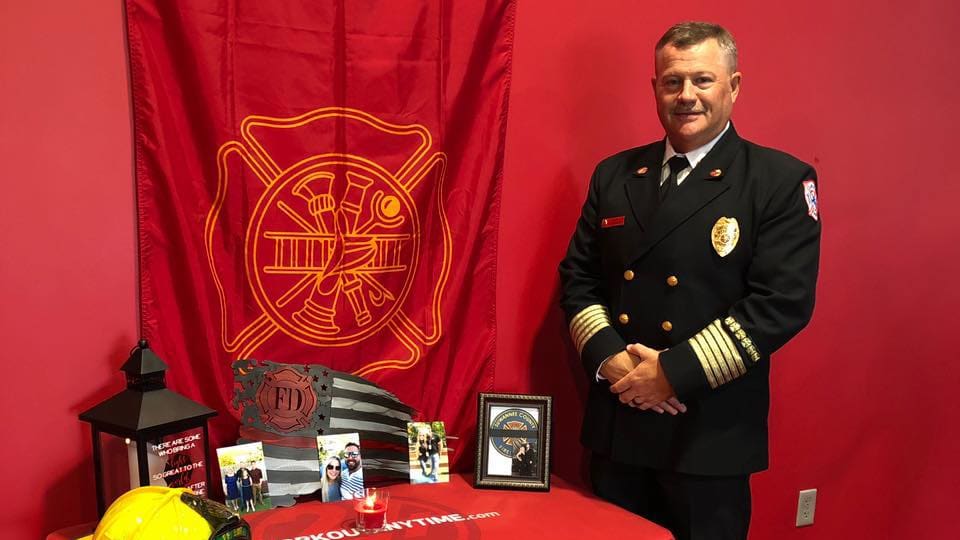 A beloved fire chief in Florida has died after a weeks-long battle against COVID-19, sending shockwaves through the community and devastating a fire department that has been ravaged by the virus.

Lake City Fire Department Chief Randy Burnham, a member of the department for more than 30 years, had been on a ventilator after he got sick with the virus in August, around the same time that almost half of the 24-person department contracted COVID-19.

His death on Sunday came as his colleague, Lieutenant Jeff McNeal, remains hospitalized and locked in his own battle against the virus.

“At one point there was ten people out at the same time battling COVID,” department spokesman Austin Thomas told The Daily Beast.

The devastation within the department, where masking was not required in department living areas, as it was deemed simply unfeasible, serves as a stark reminder of the toll of COVID-19 on first responders.

“It swept through the department rapidly,” Thomas said, adding that the loss of Burnham had been a particularly difficult blow after he served the community for decades and just over two years ago took on the role of chief. He had instituted meaningful change, Thomas said, including plans to build a second fire station.

“It was very tragic to lose him, we were mentored and guided by his leadership and he put things in place that are going to be around at the Lake City Fire Department for a very long time,” Thomas said.

As Burnham’s health unraveled, the department also requested prayers on its Facebook page for McNeal, who is also fighting for his life against the virus while on a ventilator. Thomas said that their infections came as “there were several others that were quarantining or coming out of quarantine.”

Burnham and McNeal’s vaccination status were not immediately clear, but the department spokesman said that Burnham was a “fan of personal choice,” and had also been behind a memo that said the department would help its employees get vaccinated in a state that has been resistant to requiring vaccines.

Masking was not required in department living areas, according to Thomas, who said that social-distancing was also difficult to practice in a department that lived in close quarters.

“It’s a good idea, it’s just not practical.” Thomas said. “The idea works, but the practicality, it’s really hard once it gets into an organization like that. It’s very hard.”

That reality seems to be acknowledged at least in part by the CDC, which in its safety guide for critical infrastructure workers recommends social-distancing “as work duties permit in the workplace,” for those who may have come in contact with a person confirmed or suspected to have the virus, and masking “at all times while in the workplace for 14 days after last exposure.”

The department spokesman said that attitudes around vaccinations among Lake City firefighters were “mixed” and treated as an individual decision.

“You don’t come in in the morning and show everyone your Band Aid that says ‘I’m vaccinated,’” Thomas said. “It’s something where if you get it? you get it?, and if you didn’t, you didn’t.”

The impact of the fire chief’s death was felt beyond the department.

“He thought that the fire department and being a first responder was the most important job in America,” Fields said, according to local outlet WJXT.

“To lose someone that’s in a prime, and as lively as he was, is just shocking,” he said, according to the outlet. “You come across people very few times in life that are what you would call irreplaceable. I would say Chief Burnham is that.”

Two other local sheriff’s departments held memorial services days before Burnham’s death, WJXT reported, honoring deputies who died due to COVID-19 complications. The virus has hit law enforcement and emergency personnel hard in Florida, where a vaccination rate of just over 53 percent of the state’s eligible population has made it next to impossible to contain the spread of COVID.

In Columbia County where Burnham worked, 604 new cases were reported over a seven-day period that ended on Friday, and only 38 percent of the county’s eligible population had been vaccinated against coronavirus, CDC data shows.

Still, Thomas said the vaccine was not a cause of tension within the fire department.

“It’s not like a family, it is a family,” he said. “Everybody at the Lake City Fire Department is humble and respectful of your decision.”