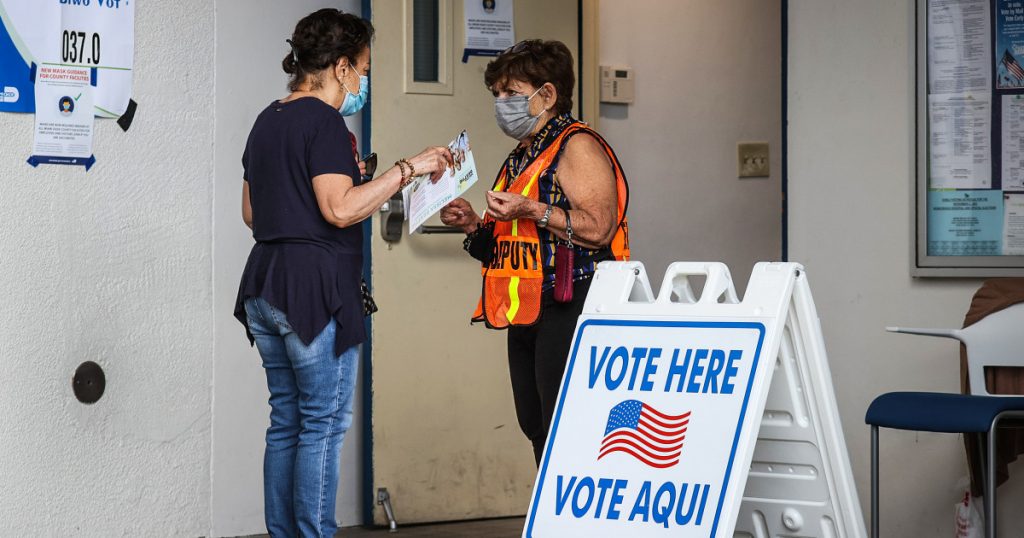 A federal judge barred Florida from enforcing the bulk of its new restrictive voting law on Thursday, siding with opponents who said the law was discriminatory and needlessly infringed on Floridians’ voting rights.

The ruling, which will likely be appealed, is the first major invalidation of a spate of restrictive new election laws passed in Republican-controlled states last year, fueled by voter fraud anxieties and President Donald Trump’s stolen election lie.

The Florida law, known as Senate Bill 90, added new restrictions on drop boxes, third-party voter registration, mail voting, and “line warming” activities like giving voters food and water while they wait in line to cast a ballot. It was challenged last May in federal court by voting rights advocates lead by the League of Women Voters of Florida.

The plaintiffs “allege that SB 90 runs roughshod over the right to vote, unnecessarily making voting harder for all eligible Floridians, unduly burdening disabled voters, and intentionally targeting minority voters — all to improve the electoral prospects of the party in power,” Walker, who was nominated by former President Barack Obama, wrote. “Having reviewed all the evidence, this Court finds that, for the most part, Plaintiffs are right.”

Walker writes in his ruling that certain provisions of the law intentionally discriminated against Black voters — though he notes the plaintiffs were not able to prove intentional discrimination against Latino voters — and says that the law fundamentally was designed with partisan aims.

“If the Legislature were merely reacting to the political mood, we would expect to see the Legislature carpet-bomb the election code,” Walker wrote, citing testimony from Dr. Morgan Kousser, an expert witness in the case. “This Court finds that the Legislature enacted SB 90 to improve the Republican Party’s electoral prospects, not to respond to the general political mood.”

The judge also ordered Florida to submit to a process known as “preclearance,” using Section 3(C) of the Voting Rights Act of 1965, a part of the law that allows courts to force jurisdictions to get pre-approval on election law changes.

Under the order, Florida must clear voting law or regulation changes with Walker’s court for the next ten years, when those changes involve third-party voter registration organizations, drop boxes, or line-warming activities.

The ruling is in many ways a hearty defense of the Voting Rights Act and a call for federal courts to firmly enforce it. Repeatedly quoting Martin Luther King, Jr., Walker’s decision defends judicial branch power to police discrimination in elections, while acknowledging that other, higher courts — including the U.S. Supreme Court — have declined to do so.

“This is an opinion that full throatedly reads the Voting Rights Act in the expansive way that Congress intended it to be read, and essentially dares the higher courts to overrule it,” said Rick Hasen, an election law expert at the University of California, Irvine.

He noted the application of preclearance was particularly surprising, because the parties of the suit had spent little time arguing the issue and included less than six pages of briefs between both parties.

Jane C. Timm is a senior reporter for NBC News.