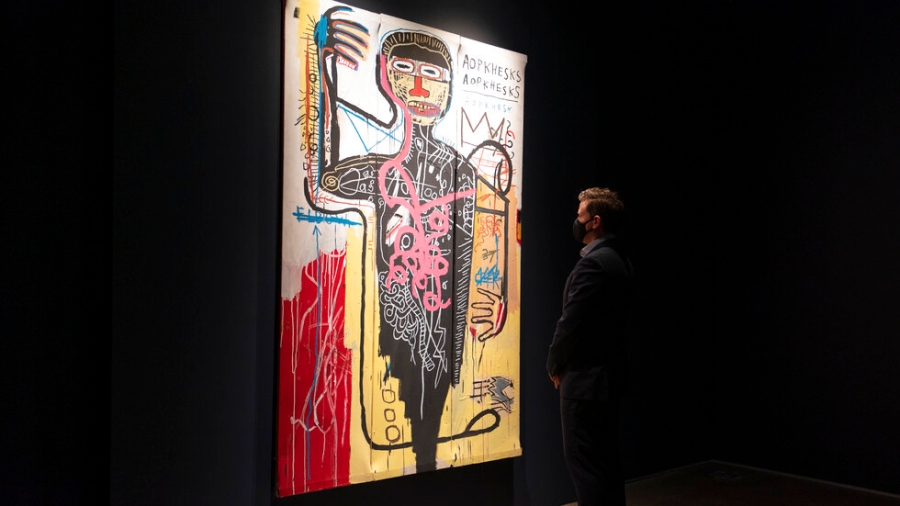 The FBI is investigating the authenticity of more than two dozen paintings displayed in a Jean-Michel Basquiat exhibit in Orlando, Fla., the New York Times reports.

A federal subpoena dated July 27, 2021, states that 25 paintings in the Orlando Museum of Art’s “Heroes & Monsters: Jean-Michel Basquiat” exhibit are being examined by the F.B.I.’s Art Crime Team, the Times reported.

Concerns about the authenticity of the art include a claim that the FedEx typeface featured on a piece of cardboard in the collection was not created until 1994, six years after Basquiat’s death, the Times reported in February.

The owners of the paintings and the museum’s director have defended the legitimacy of the works, which were reportedly made by the Neo-expressionist artist in 1982 on pieces of scavenged cardboard and recovered in 2012 from a storage unit in Los Angeles.

“We have a rigorous standard in our business,” Orlando Museum of Art Director and CEO Aaron De Groft told WESH 2 in February when the exhibit opened. “We have no doubt, we stand by it, they’re original.”

Several professionals, including handwriting experts, have deemed the paintings to be originals. De Groft said the FedEx typeface claim is also incorrect.

“We determined that the way that the type and the font were being used were done all the way back to 1971,” he said.

The F.B.I. team investigating the paintings’ authenticity has interviewed several people, including previous owners of the art, and has demanded all communication between the owners and museum employees, per the Times.

The museum’s Basquiat collection is estimated to be worth about $100 million, assuming the paintings are authentic.

The F.B.I. declined to comment when contacted by The Hill. The Orlando Museum of Art did not immediately respond to The Hill’s request for comment.