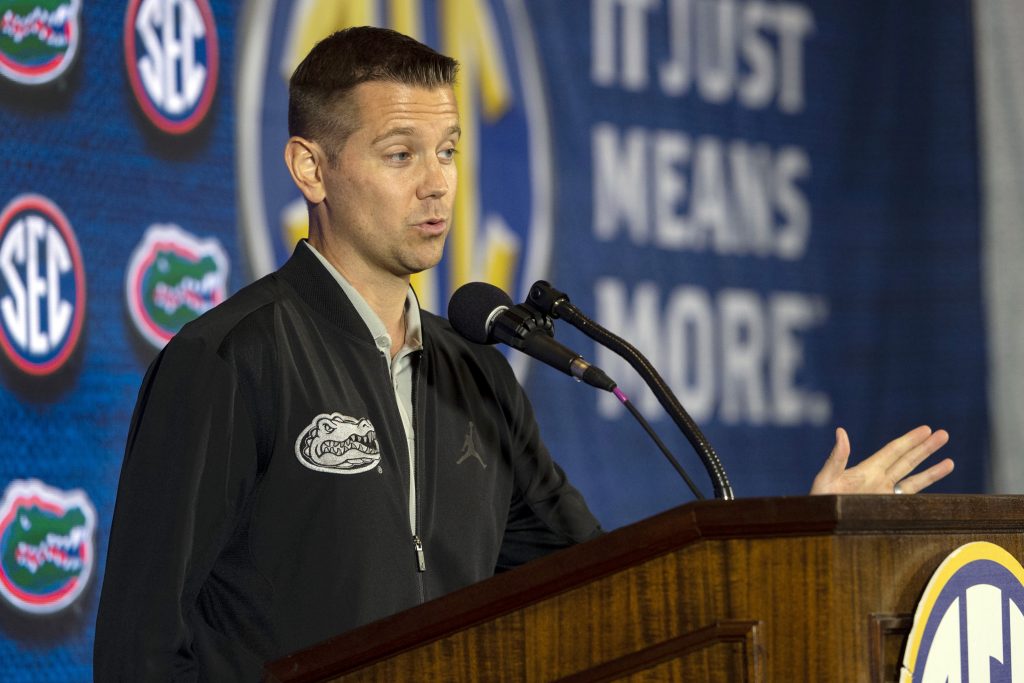 Former Florida women’s basketball coach Cam Newbauer is the subject of allegations he verbally abused his players and staffers, made racist remarks and threw basketballs at players.

Zachary Huber of the Independent Florida Alligator spoke to multiple players about their experiences with Newbauer, who resigned in July.

“Practices under Newbauer evolved into a toxic environment as Florida struggled to win games,” Huber wrote. “[Sydney] Morang noticed his tone changed, how he screamed in players’ faces and yelled at assistant coaches from across the court.”

Athletic director Scott Stricklin addressed the allegations and said that “at times during Coach Newbauer’s tenure there were concerns brought to our attention.” Stricklin added that Newbauer’s resignation came after the university “did not see the required improvements”:

I reached out to UF for comment on the Cam Newbauer story printed in @TheAlligator today.

This was Scott Stricklin’s full response, via UF communications. pic.twitter.com/CkcIxqMX8H

Cydnee Kinslow, who played for the Gators as a graduate transfer in 2020-21, said Newbauer “would make [players] cry.”

“Push until they cried, whatever it was, like, he tried,” she said to Huber. “There’s a breaking point for people and pushing them through a wall to make them stronger. And then there’s what Cameron Newbauer did.”

Huber detailed comments Newbauer allegedly made that had racial overtones:

“Newbauer ordered his assistant coaches to take two Black freshmen, Jalaysha Thomas and Tameria Johnson, shopping during the 2017-2018 season. He thought the ‘wife beaters’ and long shorts they wore to run errands were inappropriate, and the assistant coaches used UAA funds to pay for Newbauer-approved clothing.

“Kinslow and Johnson, a fifth-year who now plays for Delaware, remember how Newbauer told them to change their clothes and cover up their tattoos. He asked players to do so because he didn’t want his three daughters to mimic their style.”

According to the report, the former coach showed little regard for injured players: “He got in players’ faces in the training room and taunted them after injuries. He told a player who tore her ACL that her condition wasn’t ‘that bad.'”

Haley Lorenzen was a member of Newbauer’s first Gators team in 2017-18. She told Huber there was a moment in practice when he threw a ball toward a player and that the ball hit the leg in which she had suffered a torn ACL.

Though Stricklin acknowledged the athletic department had been made aware of issues within the women’s basketball program, Newbauer received an extension through the 2024-25 season in June. His new contract kept his annual salary at $500,000.

Stricklin said at the time Newbauer was “building his program the right way and making steady progress.”

The Gators went 46-71 during his four years at the helm.