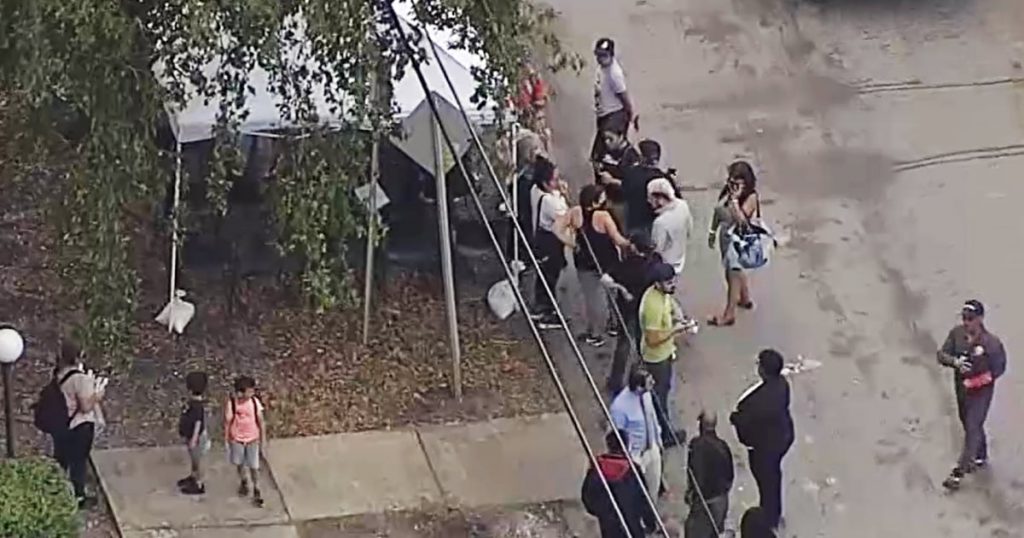 Residents were ordered to evacuate an apartment building in North Miami Beach, Florida, after engineers found the five-story structure unsafe months after the deadly condominium building collapse in nearby Surfside.

In a letter written Friday and received Monday by city building officials, structural engineer Bronislaus P. Taurinski said his firm had found excessive “deflection” — or sagging — in concrete slabs on the building’s second and third floors.

“Therefore it is my responsibility to inform you that the building structure is structurally unsound and must be evacuated immediately,” Taurinski wrote.

A certain amount of deflection in a building’s concrete slabs is normal, but too much can be a sign that the building is unsafe, engineering experts said in interviews.

“The City is working with the owner to ensure that all residents will receive proper assistance as they relocate within the next 24 hours,” Sorey said in a statement. “The safety of the residents is our number one concern and we’re working as quickly as possible to mobilize our resources to the building site.”

Tenants will be compensated for accommodations for the next three nights at up to $150 per night, and they will be refunded their April rent and security deposits by the building’s owners, the city manager’s office confirmed. Officials will assist in making arrangements for them to retrieve their personal belongings.

A grueling search and rescue effort was launched after several floors at the Champlain Towers South suddenly gave way in late June. About a month later and weeks after the rest of the building was brought down in a controlled explosion, officials were able to identify the 98th victim.

The official cause remains under investigation by federal authorities. Findings from consultant engineer Frank Morabito in 2018 showed there was “abundant cracking” and crumbling in the 12-story building’s underground parking garage.

A Miami-Dade County grand jury investigating the collapse also theorized that saltwater intrusion had probably damaged the building’s foundation, according to a report from December.

In July, North Miami Beach officials ordered evacuations at the Crestview Towers Condominium, also built in 1972. A January 2021 report stated that the 156-unit complex “was structurally and electrically unsafe.”

The building’s management flagged the report to the North Miami Beach Building and Zoning Department after the Surfside collapse.

The destruction of the Champlain Towers South brought higher scrutiny of structural maintenance of older buildings throughout South Florida, particularly buildings governed by condo associations. Officials at the time promised to change the process of safety inspections at condo buildings.

But state legislators last month failed to come to an agreement on a bill that would require inspections of aging condo buildings and mandate that condo boards conduct studies to determine how much they need to set aside for repairs.

State Rep. Daniel Perez, a Miami-Dade County Republican, sponsored a bill that would have closed a loophole that allows the boards to avoid putting money into reserves. But the state Senate rejected the proposal, saying it would impose a heavy financial burden on condo owners.

“That was not a negotiable piece for us,” Perez said at the time. “We were never going to negotiate the waiving of reserves, because that is part of the problem that caused the incident at Surfside.”

Jon Schuppe is an enterprise reporter for NBC News, based in New York.