eToro Is The Latest Crypto Exchange Moving To Miami 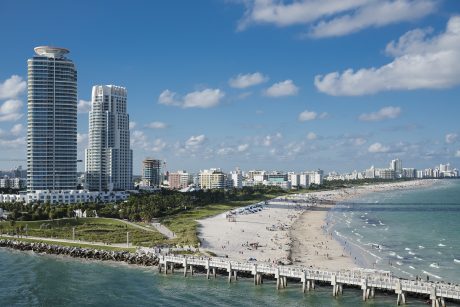 The ‘Miami Migration’? ‘Florida Flocking’? While there is no term coined yet, eToro is looking to get their name in the mix as there is undoubtedly more attraction routinely being driven towards the south Florida area when it comes to cryptocurrency and tech. During last week’s Bitcoin 2021 Conference in Miami, eToro announced that the firm is scouting locations for another U.S. hub to work with their Hoboken, NJ office.

Miami Mayor Francis Suarez has been outspoken about his desire to make Miami a tech hub. The efforts seem to be yielding results. Less than two days before eToro’s announcement, Blockchain.com had announced their U.S. headquarters would be shifting from New York to Miami, bringing to market roughly 300 jobs over the course of the next year and a half.

Following eToro’s announcement, Mayor Suarez stated that “eToro’s commitment to Miami furthers the narrative that this is not a moment but a movement, and we are on our way to becoming the ‘Capital of Capital’.”

Other major cryptocurrency exchanges are engaging with Miami, too. FTX took a splash into traditional sports sponsorship earlier this year by teaming up with local NBA team Miami Heat and locking in a major naming rights deal for the team’s arena.

In terms of weekly visitors, the Isreal-based eToro is the second-largest exchange, only behind Binance. The firm reigns in over 19M weekly visitors.

U.S. managing director for eToro Guy Hirsch says that traditional finance and cryptocurrency players are making a push to make Miami ‘mainstream’ for their firms. “Following these trends, we decided to leverage this great phenomenon and join the city by opening an office in the Miami area”, said Hirsch.

The news comes as the largest bitcoin gathering takes place in the city, with 15,000 people coming together at Miami’s Mana Wynwood Convention Center for the Bitcoin 2021 Conference. eToro has been on a tear lately, from sponsorships to stock listings. The company announced plans to go public via a SPAC merger less than two months ago, valuing the business combination at north of $10B. The deal was done with a SPAC team led by fintech veteran Betsy Cohen.

As a “social investment network”, the company also launched BitcoinWorldWide in recent months, which is a thematic stock portfolio based around the value chain behind bitcoin – think chip manufacturers, mining operations, exchanges, and more.

eToro has also doubled down on international sponsorship efforts, establishing a partnership with horse-racing’s Racing League and locking in a three-year deal with Rugby Australia.

The company has also seen substantial user growth, including a 210% skyrocket in new users in Q1, amounting to over 3M people.