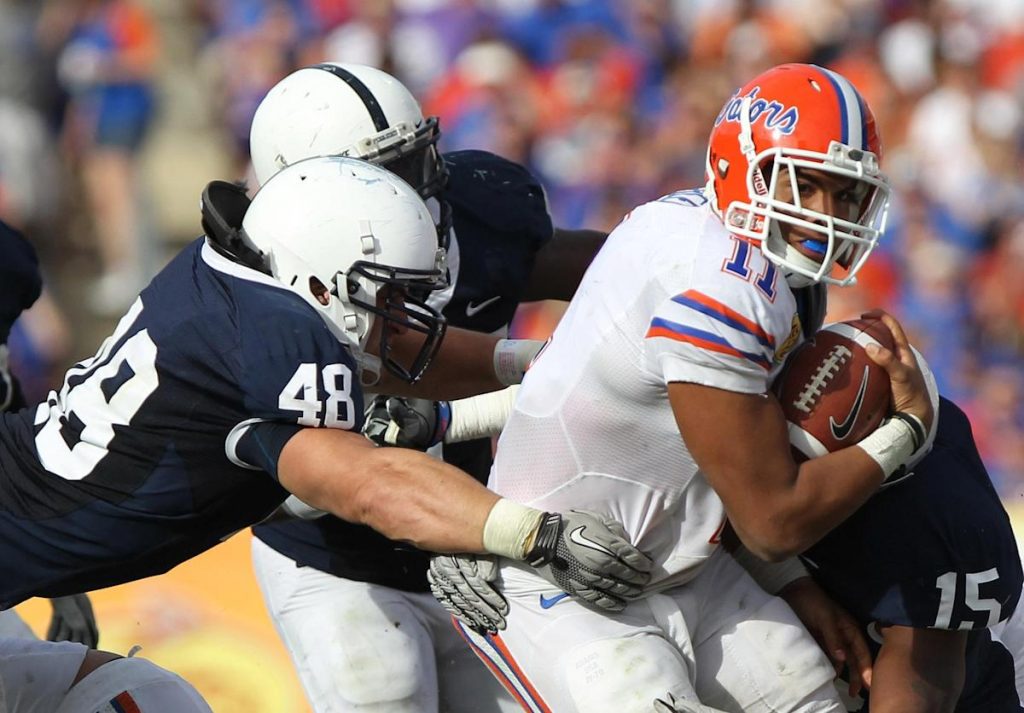 Any hopes at a fourth-straight New Year’s Six Bowl for the Gators were almost certainly dashed by a loss to LSU in Week 8. Florida now sits at 4-3, and though it will likely be heavy favorites in all but one of its remaining games, that one comes against the top team in the country, the Georgia Bulldogs, this weekend.

With a 9-3 season as the absolute best-case scenario and an 8-4 finish looking like the most likely one, Florida will likely be heading to a disappointing postseason matchup.

ESPN’s Mark Schlabach and Kyle Bonagura have some disagreement in that regard. Schlabach’s outlook is less optimistic, as he has the team heading to Memphis to take on Kansas State in the Autozone Liberty Bowl. This would be UF’s first appearance in the Liberty Bowl and just its third-ever matchup against the Wildcats. The Gators won the previous two matchups, which occurred in 1947 and 1973.

Meanwhile, Bonagura is slightly higher on Florida, projecting that it will stay in-state to play Penn State in the Outback Bowl. This would be a rematch of Urban Meyer’s final game at UF after the 2010 season, when the Gators defeated the Nittany Lions 37-24 in the Outback Bowl.

For a team that entered the year with College Football Playoff hopes, anything short of a NY6 game feels like an underachievement. But Florida fans would certainly rather have a marquee game against a prominent Big Ten team in Tampa rather than have to face KSU in Memphis.

Florida football loses one of its highest-rated commits

Bowl predictions from Jerry Palm send Florida to this destination

Should Dan Mullen be on the hot seat? Gators Wire staff debates the head coach situation