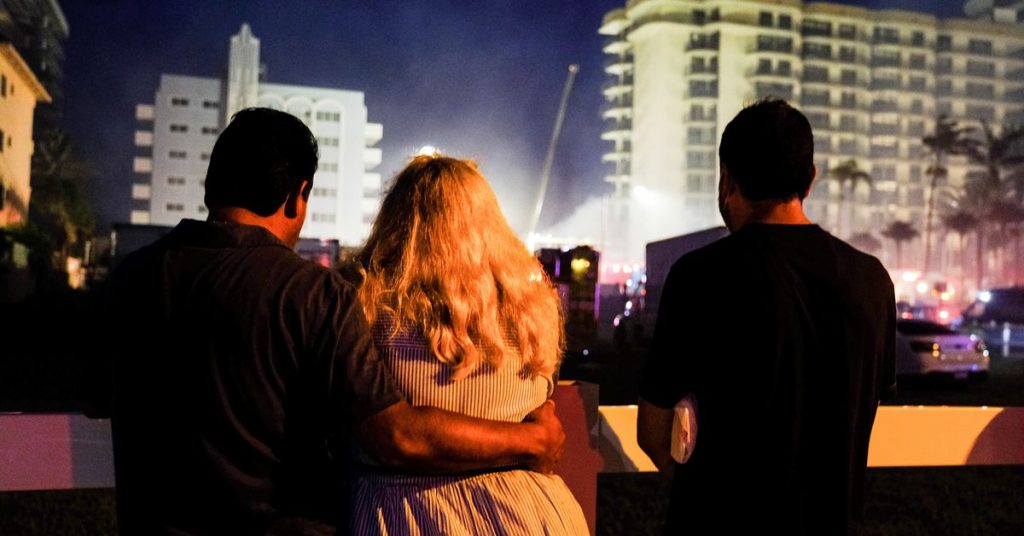 June 26 (Reuters) – A consultant had warned three years before the deadly collapse of a South Florida condominium building that there was evidence of “major structural damage” to the concrete slab below the pool deck and abundant cracking and crumbling in the underground parking garage, the New York Times reported early on Saturday.

A large section of the 12-story building in the Miami suburb of Surfside collapsed suddenly in the early hours of Thursday as residents slept, in a disaster whose cause is not yet known.

Four people have been confirmed killed and 159 are still unaccounted for, with search-and-rescue teams working around the clock through an unstable mountain of debris. read more

The Times said that consultant engineer Frank Morabito’s October 2018 report had helped shape plans for a repair project that was set to get underway soon, more than two and a half years after the building managers were warned.

The paper said the complex’s management association had disclosed some of the problems in the wake of the collapse. But the release by Surfside officials late on Friday of Morabito’s report made apparent the full nature of the concrete and rebar damage, it said. Most of the damage was probably caused by years of exposure to the corrosive salt air along the South Florida coast, it said.

Morabito gave no indication in his report that the structure was at risk of collapse, but noted that the needed repairs would be aimed at “maintaining the structural integrity” of the building and its 136 units, the Times said.

“Though some of this damage is minor, most of the concrete deterioration needs to be repaired in a timely fashion,” the Times quoted Morabito as writing about damage near the base of the 40-year-old building.

The paper quoted Kenneth S. Direktor, a lawyer who represents the resident-led association that operates the building, as saying this week that the repairs had been set to commence, based on extensive plans drawn up this year.

The Times added that Direktor said the process would have been handled much differently if owners had had any indication that the corrosion and crumbling — mild instances of which are relatively common in many coastal buildings — were a serious threat.