Elon Musk Says He Would Vote DeSantis for President 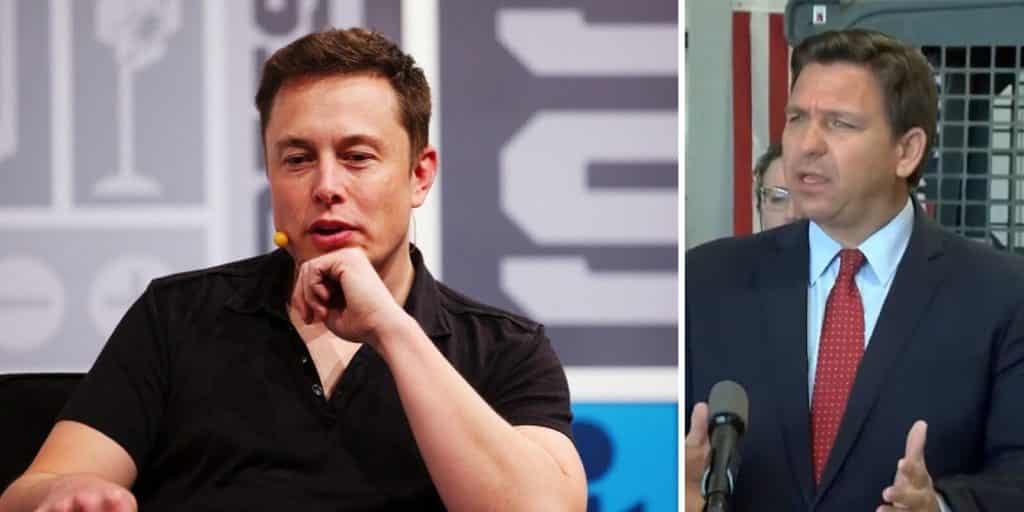 Space X and Tesla CEO Elon Musk said in a tweet on Wednesday that he’s leaning toward supporting Florida Governor Ron DeSantis if he were to run for president in 2024, with DeSantis later responding to the comment.

Musk made the comment during a brief interaction on Twitter, where he said that he voted for a Republican for the first time in his life after voting for Mayra Flores, who won her special congressional election in Texas last night.

Musk replied, “tbd”, and when asked “What are you leaning towards?” Musk responded simply with “DeSantis.”

What are you leaning towards?

DeSantis has not officially announced that he would be running for president, and is a staunch defender and ally of former President Donald Trump. DeSantis is considered to be a frontrunner if he does decide to run.

Musk also said that he was thinking of “creating a ‘Super Moderate Super PAC’ that supports candidates with centrist views from all parties.”

But your political donations will be evenly spread out, as you do always. Right?? @elonmusk

Musk said last month that he would be voting for the Republicans in the coming election, but says his track record includes votes for Democrats, including President Barack Obama.

Musk said he has voted for Democrats “because they were (mostly) the kindness party. But they have become the party of division & hate, so I can no longer support them and will vote Republican.”

Gov. Ron DeSantis reacts to Elon Musk saying he would vote for him if he ran for president:

“I welcome support from African Americans. What can I say?” pic.twitter.com/n3OK5b0ocp

In response to Musk, DeSantis said at a press conference on Wednesday, “I welcome support from African Americans. What can I say?”

This article was originally published at The Post Millennial.