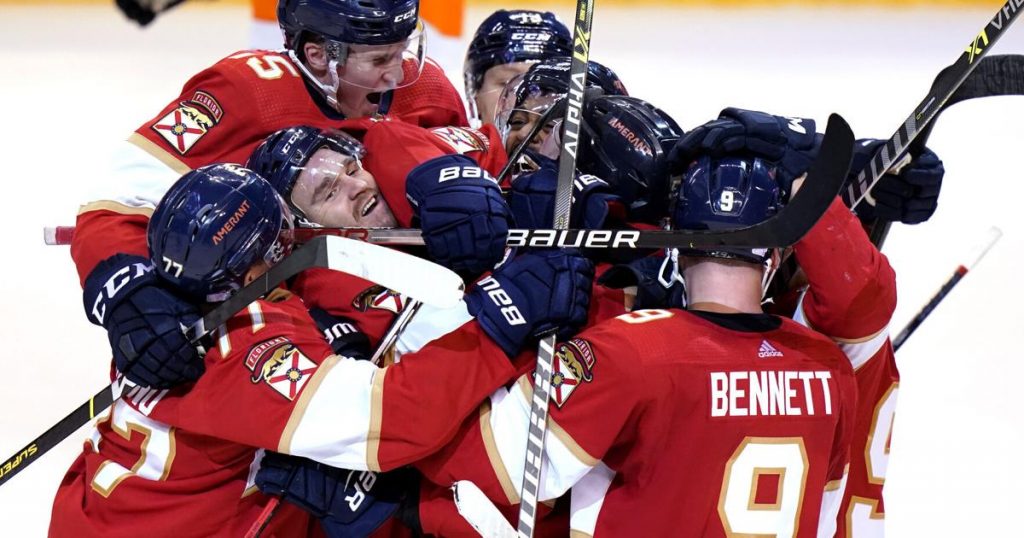 After a faceoff win in the 3-on-3 session, Ekblad worked a give-and-go with Jonathan Huberdeau, zipping in the winner from the low slot for his sixth of the season.

And now the Panthers are tied for the top spot on that list.

“Tying that is awesome,” Ekblad said. “It’s a very cool thing to do it in front of our fans, and we hope to get another one.”

Sam Bennett had a goal and an assist, and Anthony Duclair and Ekblad dished out assists for Florida, which won its fourth straight and is 8-2-1 against the Metropolitan Division.

Sergei Bobrovsky made 32 saves and became the first Florida goalie to record points in 11 straight starts (9-0-2).

“We’ve had some nights when it’s come easy, but tonight we really hard to earn it,” Panthers interim coach Andrew Brunette said. “We dug in and found a way.”

Joel Farabee broke a five-game streak without a goal with his first-period marker, and Travis Konecny and Ivan Provorov had assists for the Flyers, who dropped their fourth straight (0-3-1).

Farabee thought the Flyers — who have just 16 goals in their last 10 games — should have gotten a power play in overtime.

“Definitely nice to score but doesn’t mean anything if we don’t win the game,” Farabee said. “Definitely frustrating at the end there. … I get my stick whacked out of my hands and the ref’s not even five feet from me and doesn’t call it. A little confused, but definitely not happy with the loss. “

With Carter Hart starting in net in Tuesday night’s 4-0 loss in Tampa, Martin Jones took the crease and made 43 saves.

“Guys in front of Jonesy were playing hard and trying to do the right thing,” Flyers coach Alain Vigneault said. “It’s challenging with a team with that skill level and speed coming at you. But for the most part I thought we handled it pretty well.”

The Panthers could not take advantage of total puck possession and offensive zone time over the opening seven minutes.

After Jones stopped Huberdeau on a 2-on-1, Farabee took a stretch pass from Konecny and scored his fifth on a breakaway at 7:33.

Bennett finally scored in the third on Florida’s first power play, tapping in Duclair’s diagonal pass 24 seconds into the man advantage. That tied it, and the OT gamewinner kept the streak alive.

Bennett’s tally snapped a seven-game skid without scoring on the power play.

“It felt like we controlled most of the game,” Bennett said. “It always gets frustrating when you don’t score early. But our team did a good job. There was no panicking in our room. It was just a matter of time before we got one and we stuck with it.”

Flyers D Keith Yandle, who spent the previous five seasons with Florida, faced the Panthers for the first time since March 21, 2016. Yandle appeared in his 940th consecutive game, putting him within 24 of matching Doug Jarvis’ NHL record. Yandle’s games-played streak is the second longest in NHL history.

NOTES: The Flyers have the NHL record for longest home unbeaten streak to begin a season, a 26-game run in which they went 19-0-7 at The Spectrum to begin the 1979-80 season. … Philadelphia hadn’t played at Florida since Feb. 13, 2020. The teams meet only one more time this season, back in Sunrise on March 10. … After a quick trip to Carolina, the Panthers return home Saturday for their first-ever meeting with the Seattle Kraken. It’ll be the start of a four-game homestand. … Derick Brassard (lower body) sat out for Philadelphia, and Morgan Frost — a Wednesday morning call-up — played.