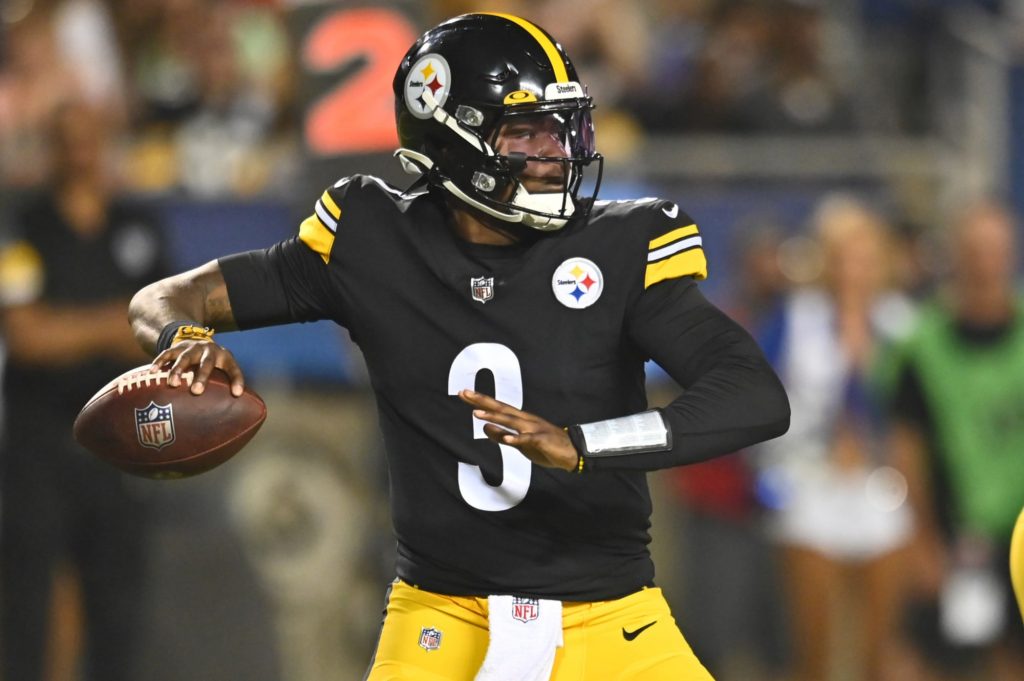 Pittsburgh Steelers quarterback Dwayne Haskins was tragically killed in a car accident on Saturday. He was 24-years-old.

Haskins’ agent, Cedric Saunders, confirmed to ESPN NFL insider Adam Schefter that he was hit by a car in South Florida. Schefter tweeted that Haskins was in South Florida training alongside Steelers quarterbacks, wide receivers and running backs.

Dwayne Haskins, a standout at Ohio State before becoming Washington’s first-round pick and playing in Pittsburgh, died this morning when he got hit by a car in South Florida, per his agent Cedric Saunders. Haskins would have turned 25 years old on May 3.

In 2019, Haskins was selected with the 15th-overall pick by the now-Washington Commanders.

Steelers head coach Mike Tomlin, released a statement saying he was devastated and heartbroken by the loss of a friend and a great teammate while sending his thoughts and prayers to his wife and family.

Washington Commanders’ statement on the tragic death of Dwayne Haskins

Daniel and Tanya Snyder, co-owners of the Washington Commanders, the franchise that drafted Haskins out of Ohio State, released a statement saying they are devastated and heartbroken.

Ohio State remembers a leader and a legend

The Dept. of Athletics is terribly saddened to learn of the death of Dwayne Haskins. We are thinking of the entire Haskins family during this most difficult time. Our prayers are with the family, and with his current and former teammates, coaches, friends and relatives. https://t.co/4aEdQ9nQdj

Michael Thomas, Kyler Murray, Jarvis Landry, Patrick Mahomes and several NFL players and media members were stunned to see the news Haskins has been killed. They are going through the grieving process in real-time with the rest of his fans learning of the news.

Steelers teammates, TJ Watt and James Conner are among those offering their remembrances of their friend who is gone too soon.

The world lost a great person today. When Dwayne first walked into the locker room I could tell he was an upbeat guy. He was always making people smile, never taking life for granted. His impact on me will last a forever.

Gone way too soon , RIP DH! Praying for the family. ??

Terrible news. Was a great kid. Had been in Miami this week training with Mitch Trubisky, Najee Harris and a group of Steelers players. https://t.co/8GAqopJfMI

Our hearts and prayers go out to the Haskins family, his friends, his fans and everyone impacted by this heartbreaking tragedy.

Rest in peace, Dwayne Haskins. You will be missed by so many.

This story will be updated with additional information.