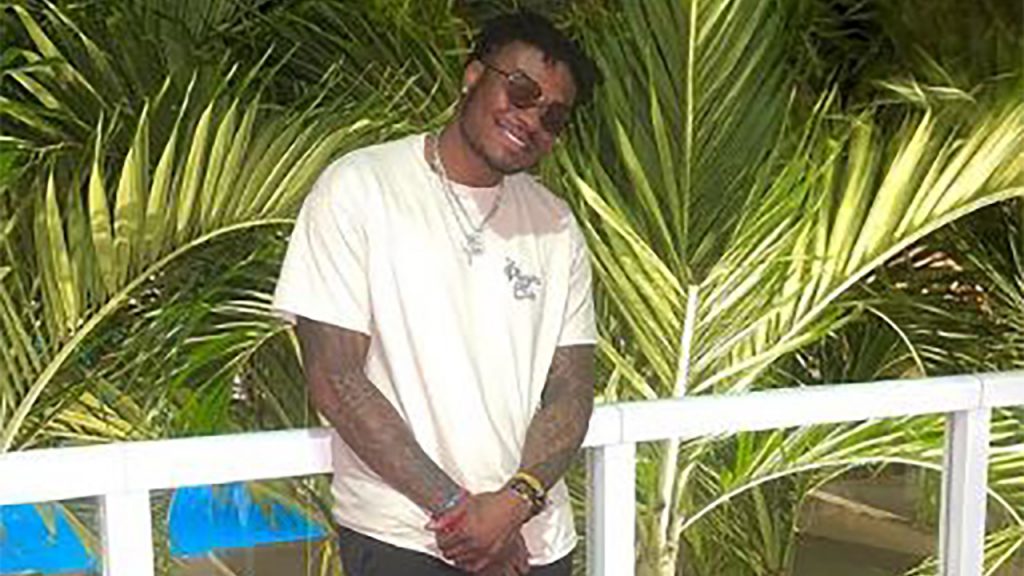 Pittsburgh Steelers quarterback Dwayne Haskins was killed early Saturday morning after he was struck by a dump truck while walking on a South Florida interstate, authorities said.

Haskins was attempting to cross the westbound lanes of Interstate 595 on foot when he was hit by a dump truck around 6:37 a.m., according to the Florida Highway Patrol. Haskins was pronounced dead at the scene, and authorities said it was “unknown” why he was walking on the interstate.

“This is an open traffic homicide investigation,” Florida Highway Patrol spokeswoman Lt. Indiana Miranda told Fox News. “No further information will be released until the investigation has been closed.”

Westbound traffic on the interstate was shut down Saturday morning, and drivers were advised to seek alternative routes, the FHP said.

The former Ohio State standout was reportedly in Miami training with Mitch Trubisky, who was signed by the Steelers last month to a two-year deal.

Haskins posted several photos on his Instagram account in recent weeks. NFL stars have commented on the posts since the loss.

“‘It is what it is’ will keep you at peace,” Haskins wrote in a story caption on Friday.

On March 30, Haskins posted a photo of himself in St. Thomas, where he had been reportedly attending the Legends of Pittsburgh Cruise.

On March 27, Haskins posted a photo from Fontainebleau Miami Beach, a luxury resort and landmark in the Miami area.

Haskins posted a photo of himself with his wife Kalabrya in June 2021 of the couple at Disney World.

Haskins, who signed a one-year restricted free agent tender this offseason, was expected to compete for the starting job in Pittsburgh following veteran Ben Roethlisberger’s retirement.

Dwayne Haskins #3 of the Pittsburgh Steelers looks on from the sidelines during the first half against the Cleveland Browns at FirstEnergy Stadium on October 31, 2021 in Cleveland, Ohio.
(Photo by Nick Cammett/Getty Images)

“I am devastated and at a loss for words with the unfortunate passing of Dwayne Haskins,” head coach Mike Tomlin said in a statement. “He quickly became part of our Steelers family upon his arrival in Pittsburgh and was one of our hardest workers, both on and off the field and in our community.”

“Dwayne was a great teammate, but even more so a tremendous friend to so many,” Tomlin added. “I am truly heartbroken.”

Dwayne Haskins #3 of the Pittsburgh Steelers drops back to pass in the second half during the 2021 NFL preseason Hall of Fame Game against the Dallas Cowboys at Tom Benson Hall Of Fame Stadium on August 5, 2021 in Canton, Ohio.
(Photo by Emilee Chinn/Getty Images)

Before joining the NFL, Haskins led the Ohio State Buckeyes to a Big Ten championship and a win in the Rose Bowl.

After his death, Ohio State posted a photo of Haskins on Twitter with the description, “Leader. Legend. Forever a Buckeye.”

“The Ohio State Department of Athletics is terribly saddened to learn the death of Dwayne Haskins Saturday morning, the school wrote in a statement. “We are thinking of the entire Haskins family during this most difficult time. Our prayers are with the family, and with his current and former teammates, coaches, friends and relatives.”

Haskins was the second runner-up in the Heisman Trophy voting that year and in 2019 he was drafted 15th overall by the Washington Commanders.

Haskins was released by Washington after he threw for 12 touchdowns and 14 interceptions and went 3-10 over two seasons. Washington coach Ron Rivera said he was “absolutely heartbroken” to learn of Haskins’ death.

“Dwayne was a talented young man who had a long life ahead of him,” Rivera said in a release. “This is a very sad time and I am honestly at a loss for words. I know I speak for the rest of our team in saying he will be sorely missed. Our entire team is sending our heartfelt condolences and thoughts and prayers to the Haskins family at this time.”

After his stint with Washington, the Steelers offered Haskins a second chance when they signed him to a one-year deal in 2021. He served as a third-string quarterback behind Mason Rudolph.

Haskins is survived by his wife, Kalabrya, parents Dwayne and Tamara, and his younger sister, Tamia.