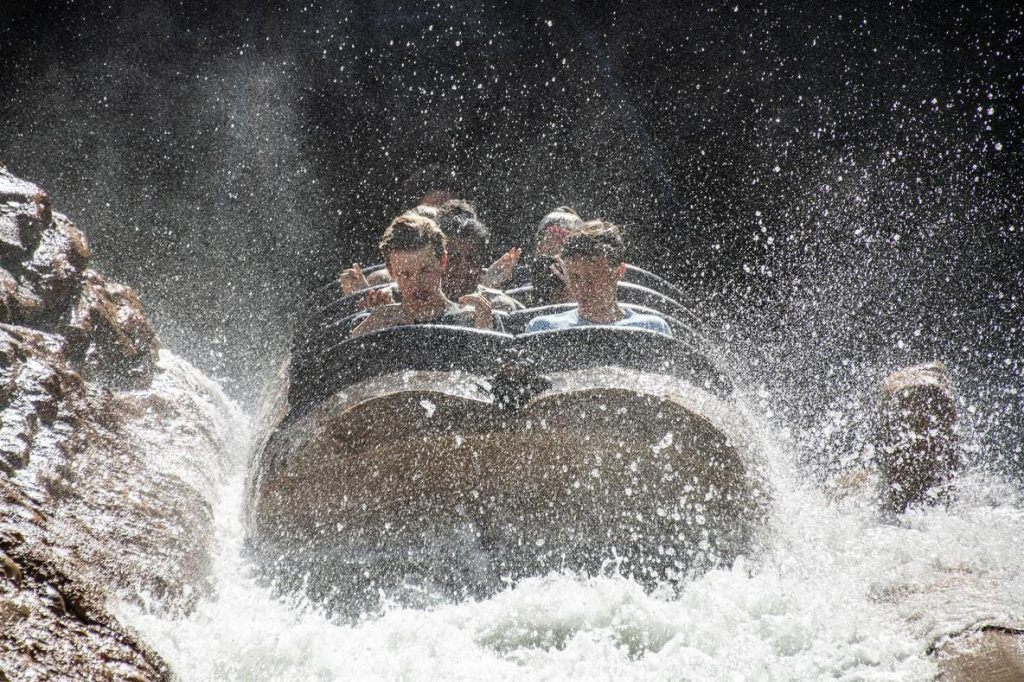 Riders took one last journey through Walt Disney World’s Splash Mountain in Florida Sunday, according to the Orlando Sentinel, after the racial justice movement of 2020 sparked renewed criticism of the ride’s connection to the controversial movie Song of the South and Disney announced it would refocus the ride on The Princess and the Frog, a film that features the first Black Disney Princess.

Parkgoers crowded around Splash Mountain for one last chance at a spin on the water ride: at one point in the day wait times were estimated to be as long as 220 minutes, the Orlando Sentinel reported.

By the time the last riders—who were Disney cast members, according to videos shared on Twitter—climbed aboard the ride, it was the early hours of Monday morning, and they were met with applause from the crowd.

Disney announced in June 2020 the ride would be rethemed to the film The Princess and the Frog in both Walt Disney World’s Magic Kingdom Park and Disneyland Park.

When the ride reopens in 2024, Princess Tiana, the first Black Disney Princess, and Louis will be among the characters featured in the New Orleans-themed attraction that will follow the pair as they prepare for Mardi Gras, Disney said in a post on its Disney Parks Blog.

When Splash Mountain in Disneyland Park in Anaheim, California, will close.

Splash Mountain—which opened in Disneyland in 1989 and Walt Disney World in 1992—is one of Disney’s most popular rides. The decision to shut down the ride arose after a Change.org petition received more than 21,000 signatures in an effort to push Disney to rework the ride. While many Disney guests remain unaware, Splash Mountain is a themed attraction based on Song of the South, a 1946 live-action and animated film that has been widely criticized for the way it depicted race relations in the post-Civil War South. While the film was re-released in 1956, 1972, 1980 and 1986, there never was a home release of the film in the U.S. and it’s not available on the streaming service Disney+. The film, which even won an Oscar at the time of release, is also known for the song “Zip-a-dee-doo-dah” which many believe was based on a racist pre-Civil War song. In 2020, Disney removed the song from the Splash Mountain ride. The Orange County Register reported the change in August 2020, citing a Disney statement which read, “The removal of the song from Downtown Disney’s background music is part of a continuous process to deliver an environment that features stories that are relevant and inclusive.”

“While the ride is considered a beloved classic it’s [sic] history and storyline are steeped in extremely problematic and stereotypical racist tropes from the 1946 film Song of the South,” the petition reads in part.

A Year After Disney Said It Would Revamp Racist Splash Mountain, It’s Still Open And Company Won’t Say When Work Will Start (Forbes)