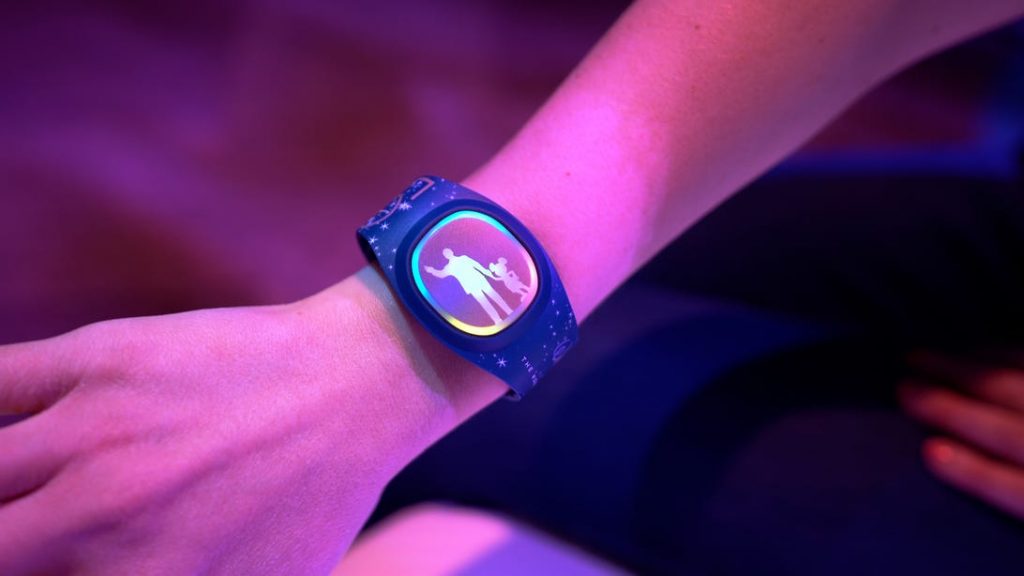 Disney’s upgraded MagicBand will let you live like the Mandalorian and go bounty hunting in Galaxy’s Edge in Florida’s Walt Disney World this summer. The MagicBand Plus is a wearable device that connects aspects of the Play Disney Parks and My Disney Experience apps, the park and hotel.

The company gave journalists a preview of the interactive Star Wars game for May the 4th. Stepping up to the job board near the garage at Galaxy’s Edge (which lies in the Hollywood Studios park) will allow you to accept an assignment to hunt down someone for the bounty hunter’s guild.

Your assignment will be random, and the bounties include droids, a few weird species and  assorted members of the galaxy’s scum and villainy.

It’s essentially a game of hot and cold — if you’re close to mark, the MagicBand Plus will quickly blink a lovely Jedi green, and it’ll turn nasty Sith red if you get too far away.

You’ll also get some nudges in the connected Play Disney Parks app, so even rookie bounty hunters won’t end up wandering around without a clue, and you can always reset to get a new mission by going back to the guild job board.

Outside the bounty hunting game, the MagicBand Plus will be able to interact with Fab 50 statues scattered around the park and light up during nighttime events. It’ll also be compatible with Amazon’s Alexa if you’re using the Hey Disney assistant, but that isn’t available yet.

Disney hasn’t revealed a price for the new band, but the existing ones cost around $30 (it varies depending on the design). Parks blog WDWNT spotted some of the new ones on sale for $30 last weekend, but they were apparently put on the shelf early and quickly taken down.

The new model is rechargeable, comes with a USB charger and is waterproof in case you leap into your hotel pool. The length of a charge will depend on how much you’re using it — a hard day’s bounty hunting at Galaxy’s Edge will it drain more quickly than more passive use.

There’ll be 16 designs to pick from at launch, including some with solid colors and others with characters and designs. One particularly delightful option is nondescript to fit the Galaxy’s Edge theme, but has a little Grogu (aka Baby Yoda) printed on the strap.

It’ll come to California’s Disneyland at a later date.