DISNEY exec out after fiascos… 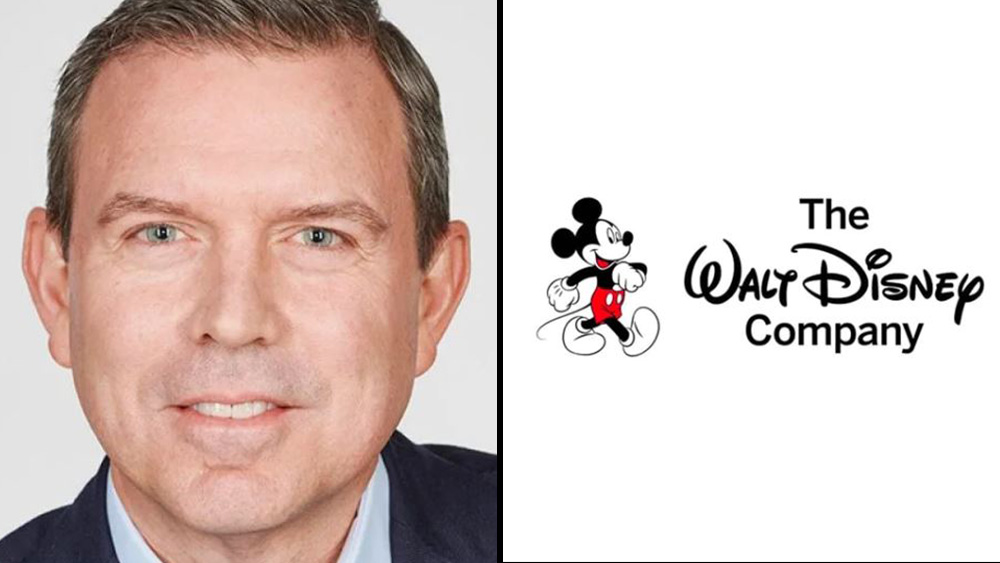 After less than four months, there is another changing of the communications guard at the Walt Disney Company.

Battered by the ongoing battle with Florida Gov. and 2024 POTUS hopeful Ron DeSantis as well as internal dissent, Geoff Morrell is out as Chief Corporate Affairs Officer at the House of Mouse.

CEO Bob Chapek sent a memo out to staffers today announcing Morrell’s departure. “I am writing to share the news that Geoff Morrell, our Chief Corporate Affairs Officer, is leaving the company to pursue other opportunities,” the CEO succinctly said before moving on to naming the former Pentagon spokesperson’s successors. See the full Chapek memo below.

Morrell sent out an email Friday as well. “After three months in this new role, it has become clear to me that for a number of reasons it is not the right fit,” he told his team.

Splitting up Morrell’s role, Biden administration insider and recent Disney addition Kristina Schake will handle Disney communications efforts. Company General Counsel Horacio Gutierrez will take over Government Relations and Global Public Policy. Additionally, EVP Corporate Social Responsibility Jenny Cohen now will report directly to Chapek as Disney tries to figure out where it stands and to whom is it is donating.

The loss of Morrell also reveals the cracks in what has been a pretty solid wall of Chapek loyalists so far. Or rather, to paraphrase Disney’s Encanto, we don’t talk about Florida — unless we have to talk about Florida.

Soaked by a constant storm of corporate missteps over Disney’s silence and then ever-shifting position on the Sunshine State’s discriminatory “Don’t Say Gay” law and later the legislative yanking away of the self-governing status of Disney World, Morrell’s exit has been seen in recent weeks as a matter of when not if. Even with the dark external clouds, Disney staffers who are members of the LGBTQ+ community reacted sharply to what was seen as an abandonment by Chapek, Morrell and senior leadership. Some responded within the corridors of power, while others took their dismay to the streets and online — an extremely rare display for a company with a culture that keeps things behind closed doors.

With Republicans and Fox News smearing Disney with phrases like “grooming” and turning the company into an electoral piñata in the latest version of the culture wars, the hope at the highest level is that Morrell’s removal and the new reorganization will allow the media giant to come out from underneath the falling debris of the current situation.

In the dying days of Bob Iger’s reign in December, Morrell was announced as successor to Disney’s longtime and iron-fisted Senior EVP and Chief Communications Officer Zenia Mucha. As former theme parks boss Chapek sought to establish his own stamp on the company he had served so long, GOP and BP vet Morrell was seen as a clear indication of the direction the CEO wanted to steer the good ship Disney.

Now, with Morrell bloodlessly out, the question is can the new communications squad help their boss avoid anymore obvious icebergs.

Here is Chapek’s memo to staff:

I am writing to share the news that Geoff Morrell, our Chief Corporate Affairs Officer, is leaving the company to pursue other opportunities. Fortunately, the strength and experience of our existing leadership team—including relatively new all-star hires—means there is no shortage of talent to guide our reputation-driving functions. With Geoff’s departure, I am pleased to share the following changes:

We are incredibly fortunate to have Kristina with us at this important time. Her 30-plus years of experience includes roles leading President Biden’s COVID-19 vaccine education program, communications for Instagram, and leadership positions in political campaigns and the Obama White House. Kristina has a strategic approach and collaborative style, as well as relentless optimism and a strong appreciation of our brand and its place in the world. These attributes will be invaluable as she works to protect and enhance our reputation, and I am thrilled to be working with her more closely.

Next, Government Relations and Global Public Policy will now be led by our General Counsel, Horacio Gutierrez. Since joining the company earlier this year, Horacio has integrated seamlessly into the Disney family, and has quickly become a valued advisor to me and the leadership team on a wide range of issues. His extensive experience leading these areas will be incredibly useful in driving our efforts.

Finally, Jenny Cohen, Executive Vice President, Corporate Social Responsibility, will now report solely to me in her role leading our CSR and ESG efforts. Jenny is a strong leader, and has done incredible work modernizing our approach in key areas like environmental sustainability, community investment, and philanthropy.

I am incredibly confident in this team, and look forward to working with them and all of our leadership to set Disney’s course for the next 100 years of extraordinary entertainment and experiences.