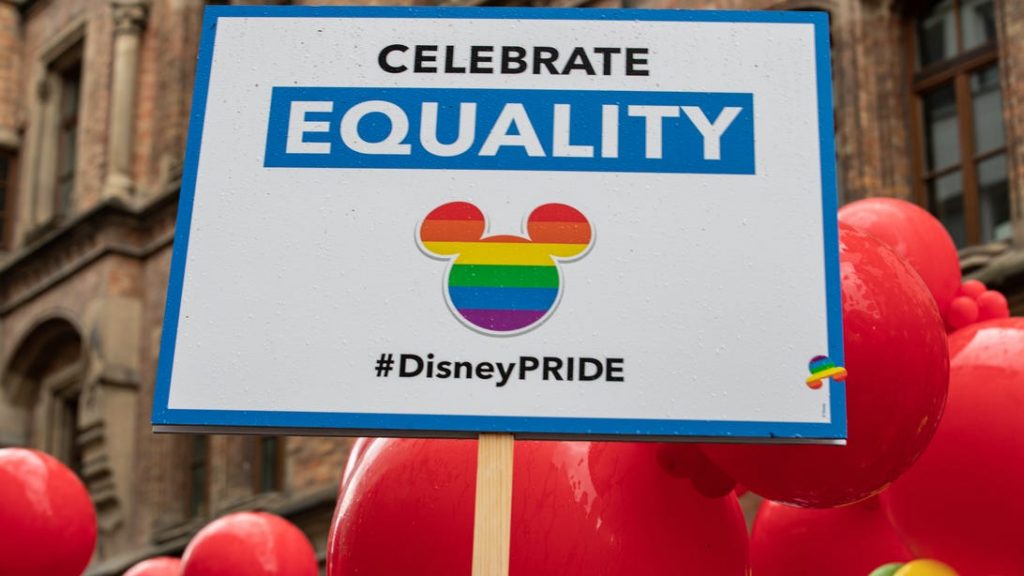 A group of LGBTQ Disney employees and their supporters are staging walkouts this week and next in response to CEO Bob Chapek’s initial refusal to denounce Florida’s so-called Don’t Say Gay legislation, which bans discussions of sexuality and gender identity in schools. Organizers say the company’s recent actions and statements don’t adequately address the threat to the safety of LGBTQ individuals.

The employees published an open letter on its website and via Twitter, along with a petition and a series of demands, including that The Walt Disney Co. stop all donations to politicians who backed the controversial measure. The group is also demanding the company implement a “LGBTQIA+ brand” and allocate spending to protect and expand representation of marginalized groups.

“You cannot fix this with educational seminars or token background characters,” reads the open letter.

These actions are the latest example of rank-and-file employees publicly demonstrating opposition to the political stance of their company. Last year, Netflix employees staged walkouts over Dave Chappelle’s comedy special due to content critics said was transphobic, and workers at Apple pushed back against the tech giant over privacy concerns, working conditions and what they characterized as a toxic culture. Last October, a group of Google and Amazon workers demanded the companies pull out of a contract called Project Nimbus, which sells surveillance technology to the Israeli military.

The walkouts are being organized by Disney Do Better, a group that includes employees across The Walt Disney Co., along with Lucasfilm, Pixar, Disney Television Animation and others. The brief protests began this week and are scheduled to take place daily, culminating in a full all-day action on Tuesday, March 22, according to the group’s walkout schedule.

The Don’t Say Gay bill, officially known as HB 1557 or the Parental Rights in Education bill, hasn’t yet been signed into law, though Republican Gov. Ron DeSantis is expected to approve it. The bill piggybacks anti-trans legislation in Texas that’s received a wave of national opposition, as it would criminalize parents for helping transgender children access gender-affirming health care.

Get the CNET Now newsletter

Spice up your small talk with the latest tech news, products and reviews. Delivered on weekdays.