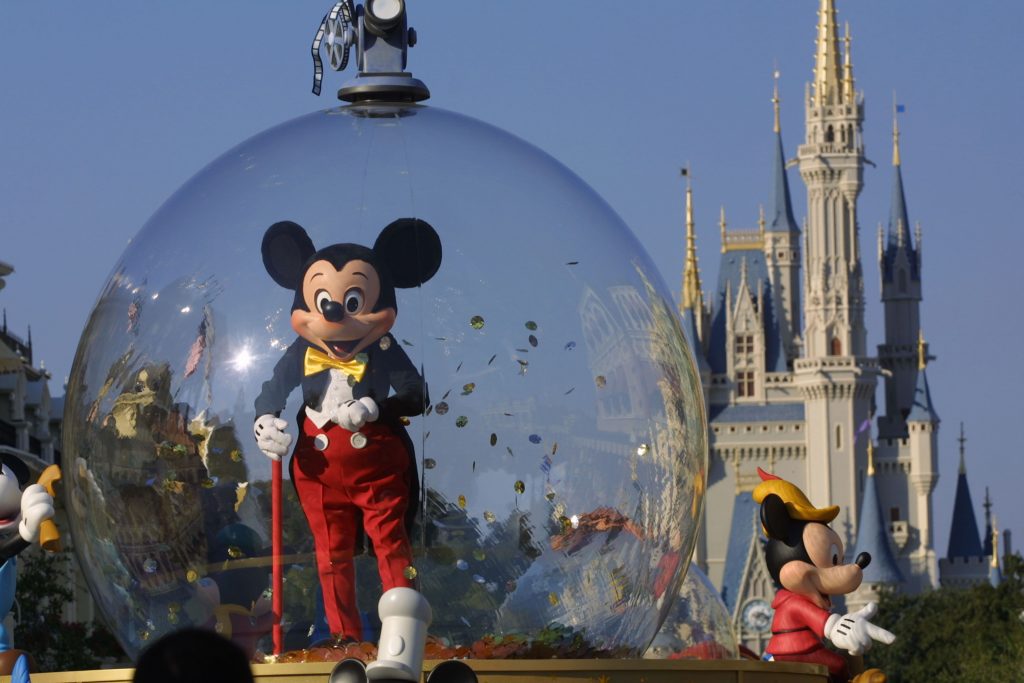 When the Florida state Senate recently passed what’s come to be known as the “Don’t Say Gay” bill, the media naturally wanted to know what Disney—one of the state’s largest and, arguably, its most politically influential employers—thought about it. But company executives, in response, looked as if they’d been entirely caught off guard by the legislation’s existence, let alone how close it was to becoming law. Their fumbling response touched off a wave of furious criticism from employees and fans alike, who felt the company had betrayed the LGBTQ community.

Was no one at the Walt Disney Company aware of how politics in Florida have trended over the past few years? Did they know that the “Don’t Say Gay” bill now awaits the signature of the state’s governor, Ron DeSantis, who had long emerged as a next-generation Donald Trump, with an eye on supplanting Mar-a-Lago’s most famous resident as the standard-bearer of the illiberal right? As it turns out, the company wasn’t naïve about the state’s contentious politics or the Republicans who have turned the state into a culture-war hotbed. In fact, it knew precisely what it was getting from Florida’s Republicans, because it had donated a whole ton of money to them. In return, the firm received hundreds of millions of dollars in tax incentives to expand its Florida domain and relocate workers from California to the Sunshine State.

As my colleague Matt Ford explained in a recent story, Florida’s “Don’t Say Gay” bill borrows from Texas’s infamous abortion “bounty” law, as well as the ongoing pitched battle over “critical race theory” allegedly being taught in public schools, to fashion a uniquely pernicious broadside against the LGBTQ community—one that harkens back to the pre-Obergefell era. Per Ford, the bill “states that school officials may not ‘discourage or prohibit parental notification of and involvement in critical decisions affecting a student’s mental, emotional, or physical health or well-being,’ a move that could compel educators to out LGBTQ students to their parents.” Moreover, should a parent decide that a school district is violating the law, they can “sue for damages or force the state to appoint special magistrates to investigate educators at the district’s expense.”

Pressed in early March about Disney’s silence regarding Florida’s “Don’t Say Gay” measure, the company’s newly installed chief corporate affairs officer, Geoff Morrell, himself a former member of the George W. Bush administration, made it clear that the company and its CEO Bob Chapek were not interested in talking about politics. “Whatever Bob’s personal politics are, he’s not an activist and does not bring any partisan agenda to work,” Morrell told The Hollywood Reporter. “He sees himself first and foremost as the custodian of a unifying brand that for nearly a century has been bringing people together, and he is determined that Disney remain a place where everyone is treated with dignity and respect.”

“He believes,” Morrell continued, “the best way we can help create a more inclusive world is through the inspiring content we produce, the welcoming culture we create and the diverse community organizations we support.” Disney, in other words, wasn’t going to do anything it wasn’t already doing: making the bland, intellectual property–driven content that dominates American culture, and calling it “inspiring.”

The response to these remarks was furious. That Disney as a company—and Chapek in particular—donate generously to the Republicans in Florida, where a substantial portion of the company’s operations and its most famous theme park are located, is a matter of public record. These facts were swiftly reilluminated as this controversy mounted. So much for being above a “partisan agenda.” Employees at Pixar published an open letter to Chapek alleging that Disney, their parent company, had removed gay references and “overtly gay affection” from its films. Employees have planned walkouts to protest the firm’s lack of action. Chapek has responded, promising to stop giving money to politicians in the state and instead to donate to efforts seeking to block similar draconian legislation in other states. This change of heart came a bit too late to help anyone in Florida.

Disney is a rare monocultural entity in an entertainment landscape that’s growing increasingly fragmented. One argument for Morrell’s “stay out of politics” position was that he was trying to protect his firm’s all-things-for-all-people identity by steering clear of partisanship. But there’s another potential explanation for Disney’s reluctance to criticize the “Don’t Say Gay” bill. Last February, the company quietly received nearly $600 million in tax breaks over 20 years from Florida to build a new campus. As part of the deal with the state, the company would receive the money in exchange for moving 2,000 workers from California to Florida.

The Orlando Sentinel, which broke the story in July, noted that “​​the tax break would be among the largest in state history for a single corporation.” The average wage for the workers being relocated was $120,000. At the time, Greg LeRoy, the director of the Good Jobs First research institute, noted that the incentives were “worse than a zero-sum game,” as California lost thousands of workers while Florida handed out gigantic tax breaks. “We call this interstate job fraud,” LeRoy said. “At the end of the day, you’ve also got less revenue available for public services.”

Disney’s employees ended up on the wrong side of a “worse than zero-sum game,” as well. The move, which began in July, was set to last 18 months. Last year, a Fox Business article—which cited Florida’s “business-friendly climate”—quoted a real estate broker who noted that the workers were “already trickling in.” But this move, already a difficult decision, has now been further complicated by Florida’s aggressive new anti-gay law—in California, there is no comparable law, nor, given the state’s Democratic legislature, is there expected to be.

It took a cozy relationship with the state’s Republican Party, which approved the tax break, to grease the wheels for this boon. And Disney made a significant investment toward earning that intimacy. It spent $4.8 million on elections in Florida during the 2020 cycle, including $913,000 to the Republican Party of Florida, $586,000 to GOP Senate campaigns, and $50,000 to Governor Ron DeSantis. (The company also spent hundreds of thousands on Democrats, including $313,000 to the state’s Democratic Party.)

But one can also see Disney’s pretzel logic on display. The Republican Party’s contempt for gay and trans people is well established. The GOP in 2020 was being led by Donald Trump, who, among other things, was campaigning on the demonization of all sorts of vulnerable groups in American society. While some may have managed to feign an expression of shock after the logic of Trumpism reached its apotheosis on January 6, 2021, the simple fact of the matter is that the GOP had long since been bent into its current anti-democratic shape.

Chapek, who took over Disney in February 2020, knew the score. But he and his fellow executives donated anyway, not because it was good for the company’s employees or its customers but because he saw a sweet tax break as an acceptable trade-off where the civil rights of other people were concerned. That decision has backfired spectacularly, as the Republican Party’s well-known proclivity for passing reactionary and bigoted legislation has once again reared its head. But the hit to Disney’s reputation will be cold comfort to those who will be ground up in the gears of DeSantis’s grim vision.