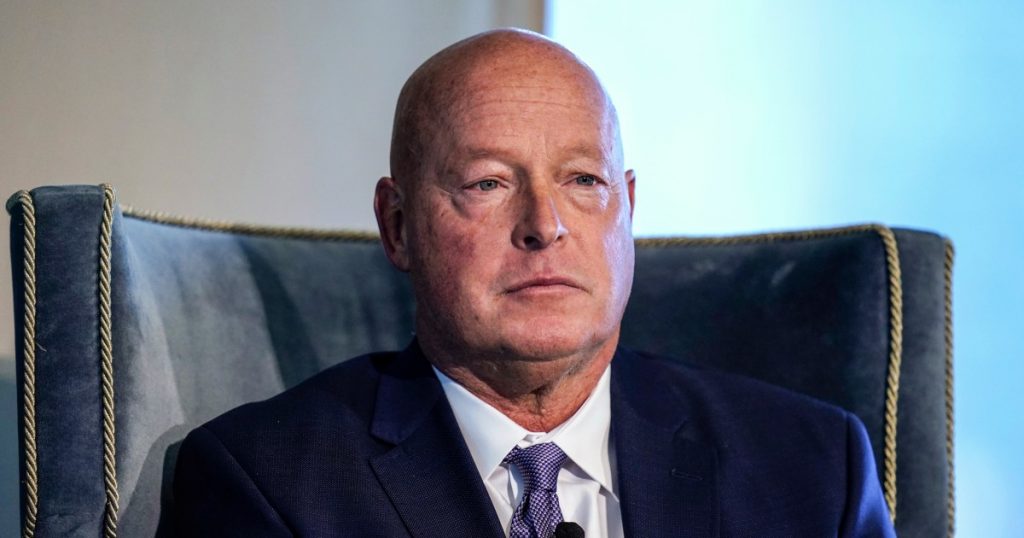 Disney will pause all political donations in Florida after intense criticism over how the media giant responded to state legislation that would limit discussion of LGBTQ issues in schools, CEO Bob Chapek said in a letter to employees Friday.

Chapek also apologized to his colleagues for not taking a more forceful stand against what activists call the “Don’t Say Gay” legislation in Florida. Disney employs tens of thousands of people at Walt Disney World in Orlando.

“It is clear that this is not just an issue about a bill in Florida, but instead yet another challenge to basic human rights. You needed me to be a stronger ally in the fight for equal rights and I let you down. I am sorry,” Chapek said in the letter, which was published on Disney’s website.

Chapek said the company would “immediately” increase support for advocacy groups fighting against similar legislation in other states.

“We are hard at work creating a new framework for our political giving that will ensure our advocacy better reflects our values,” the executive said.

“I am committed to this work and to you all, and will continue to engage with the LGBTQ+ community so that I can become a better ally,” he added. “You will hear more about our progress in the coming weeks.”

Disney has faced intense public scrutiny and internal criticism over how it responded to the “Don’t Say Gay” legislation, with some faulting Chapek for saying in a memo that the company can make the “biggest impact” by “creating a more inclusive world through the inspiring content we produce.”

Chapek addressed that criticism at the company’s annual shareholder meeting Wednesday, saying: “I know that many are upset that we did not speak out against the bill.”

“We were opposed to the bill from the outset, but we chose not to take a public position on it because we thought we could be more effective working behind the scenes, engaging directly with lawmakers on both sides of the aisle,” Chapek added.

LGBTQ employees at the Disney-owned animation studio Pixar were reportedly dissatisfied with the company’s position, taking issue with Chapek’s comments in a letter obtained by Variety.

In a tweet on Friday, Walt Disney Animation Studios, the company’s historic animation unit, offered what could be seen as a more assertive message to the LGBTQ community.

“We denounce any legislation that infringes on your fundamental human rights. You deserve to be safe, respected, and able to live your lives as your whole selves free from discrimination,” Walt Disney Animation Studios said in part.

The measure has passed both houses of the state’s legislature and now heads to Republican Gov. Ron DeSantis, who has previously expressed support for it.

Daniel Arkin is a reporter for NBC News who focuses on popular culture and the entertainment industry, particularly film and television.