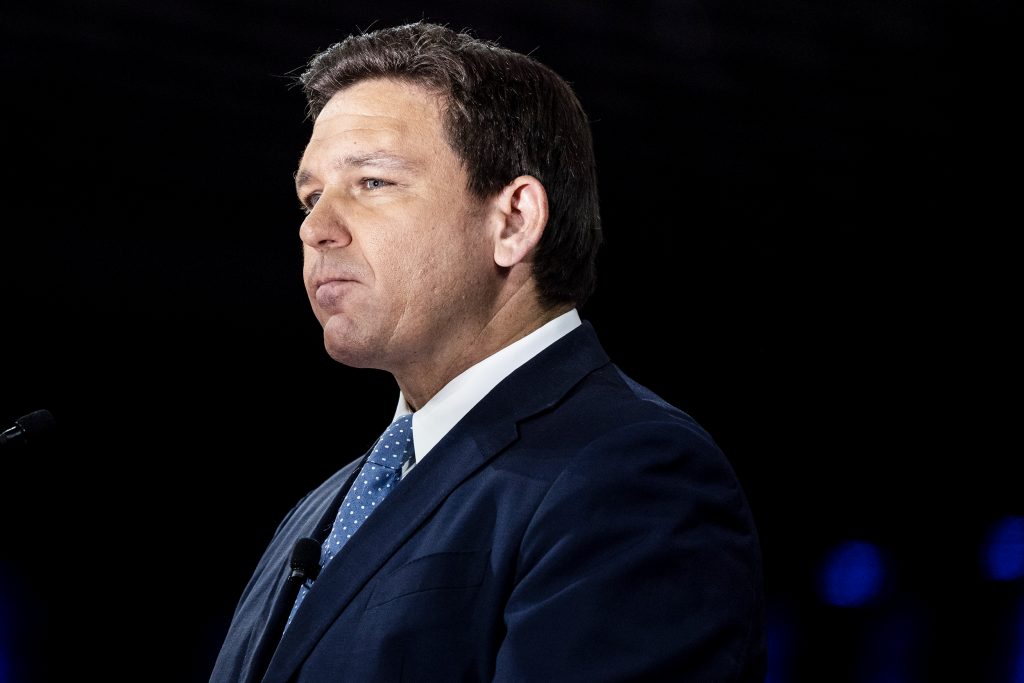 Florida Gov.  Ron DeSantis has worked for months to build his reputation as a right-wing totalitarian.

The Republican’s proposal to develop a civilian military force that answers to him, his demand that GOP lawmakers redraw a legislative map to harden his political power and his inclination to punish companies that run afoul of his right-wing rhetoric have all built his brand as an anti-democratic power broker in his party.

Now, DeSantis seems to have added another company to his list of enemies. After the Tampa Bay Rays baseball team posted tweets calling for gun safety laws following last week’s school shooting in Uvalde, Texas, DeSantis has vetoed funding for a new facility that was to be used by the team.

The news was reported Thursday as an exclusive on the right-wing blog site Outkick, which said the veto was a response to the Rays’ Twitter posts. DeSantis’ press secretary retweeted the article, all but confirming the governor’s motives.

This kind of political targeting is a mainstay of DeSantis’ right-wing vision for Florida. He and other Republican officials are leading a push to revoke Disney’s special tax status, which thousands of other entities and organizations receive, because the company came out against a homophobic bill DeSantis signed in March. The bill, known by critics as the “Don’t Say Gay” bill, bans discussions about nonheterosexual people for students up to the third grade and potentially bans such lessons for higher grades if they aren’t taught in an “age-appropriate” manner.

According to ABC News, DeSantis also targeted the Special Olympics. ABC reporter Jay O’Brien reported Friday that DeSantis threatened the organization with $27.5 million in fines if it required Covid-19 vaccines to participate in its games in Orlando.

“We don’t want to fight. We want to play,” the organization wrote in an announcement.

There is truly no threat he’s too ashamed to make, nor is there any cause too petty for DeSantis to brutally wield his executive power. The Rays are just the latest in a growing list of organizations DeSantis has tried to place under his thumb.

Ja’han Jones is The ReidOut Blog writer. He’s a futurist and multimedia producer focused on culture and politics. His previous projects include “Black Hair Defined” and the “Black Obituary Project.”