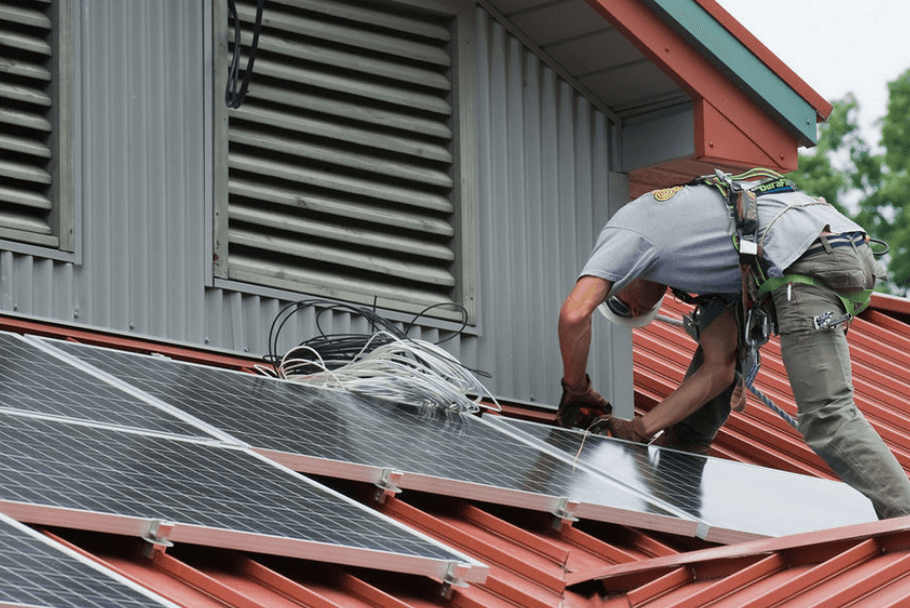 The surprise veto last month of a utility-backed, anti-net-metering bill in Florida prompted cheers of relief from the state’s solar industry and clean energy advocates.

Across the state line in Georgia, solar developer Montana Busch took note, too, having worked for years to try to convince lawmakers in that state to support customers’ right to generate solar power and sell the surplus back to the grid.

Having one of the country’s most prominent conservative politicians, in a neighboring state, side with the solar industry despite a months-long lobbying campaign by powerful utility interests can’t hurt its case, right?

“I would like to think that’s a pretty big deal,” said Busch, president of Alternative Energy Southeast and co-chair of the Georgia Solar Energy Association. “It’s definitely good momentum.”

The Energy News Network recently spoke with Busch and other regional and national clean energy policy experts about the potential political ripple effects of Gov. Ron DeSantis’ veto beyond Florida.

Subscribe today to the all-new Factor This! podcast from Renewable Energy World. This podcast is designed specifically for the solar industry and is available wherever you get your podcasts. Listen to the first episode today!

All politics is local, at least when it comes to energy and utility policy, which is why Lindsey Hallock cautioned against extrapolating too much from DeSantis’ solar decision. Hallock is the Southeast senior regional director for Vote Solar, one of several groups that opposed the Florida legislation.

“The thing about net metering is that it lives within its own context in each state. No two policies are the same,” Hallock said. “Every state has its own history, its own precedent, its own set of local politics that make each campaign different.”

A key takeaway for her was what’s possible, even in a conservative state with politically powerful monopoly utilities.

“We knew when this bill dropped this was going to be an uphill battle,” Hallock said. “We knew that the power that monopoly utilities had in Florida was huge.”

The veto decision didn’t come out of nowhere. It was in part a result of months of organizing and lobbying by customer and clean energy advocates whose interests ranged from climate and resilience to job creation and energy justice. Hallock said the work offers a potential playbook for building successful solar coalitions in other conservative states.

“What really made this campaign work was every organization using their different perspectives, their diverse experience, to come together and create a full argument for the value of solar,” Hallock said.

In Georgia, solar advocates have been fighting for years to establish customers’ right to net metering, which requires utilities to compensate customers for electricity produced by their solar panels. The state is a solar leader but the lack of net metering means most of its solar generation comes from utility-scale projects.

Georgia Power, the state’s largest utility, opened a net metering pilot program as part of a 2019 rate case, but it’s limited to 5,000 customers and since been filled. A new rate case this year offers a chance to raise that cap, but the utility has resisted expansion of the program.

Alongside the rate case, the solar association is pushing a bill in the legislature that would establish net metering statewide. The bill didn’t find traction in the most recent session, but they’re preparing for the next cycle with fresh optimism that the Florida veto could help persuade lawmakers.

“We’re definitely trying to get our lobbyist in front of [Georgia Gov. Brian] Kemp and let him know that his Republican colleague one state down is supporting rooftop solar,” Busch said.

Thatcher Young, a vice president of business development at Velo Solar and a member of the solar association’s board of directors, said the veto letter from Gov. DeSantis was also helpful in how it framed the policy as a consumer issue.

“This does strengthen our message with other Republican lawmakers in the Southeast and moves the conversation to jobs and economics, and away from the environment, which isn’t a motivator for many of them,” Young said.

Gov. DeSantis’ veto “definitely turned some heads,” said Tyler Duvelius, external affairs director for the Conservative Energy Network, but it maybe shouldn’t have been a complete shock given his previous actions on clean energy and climate.

“In a sense, he was listening to his constituents in Florida, but I also think that clean energy is something Gov. DeSantis cares about as an economic driver for Florida,” Duvelius said.

DeSantis’ veto is another example of how the “political toxicity” of climate and clean energy issues are fading, Duvelius said. “It gives advocates in this space a red ribbon, if you will, instead of a blue ribbon, to point to how conservatives are working to forge a cleaner energy future.”

Clean energy can fit well within conservative ideology, Duvelius said, but monopoly utilities remain a political barrier – for instance in Mississippi, where utilities are pushing to curb net metering payments.

“I think what we need to do is empower leaders to move past some of the political obstacles that utilities place in front of them,” Duvelius said.

Correction: Tyler Duvelius is director of external affairs for the Conservative Energy Network. An earlier version of this article misstated the organization’s name.

This article first appeared on Energy News Network and is republished here under a Creative Commons license.