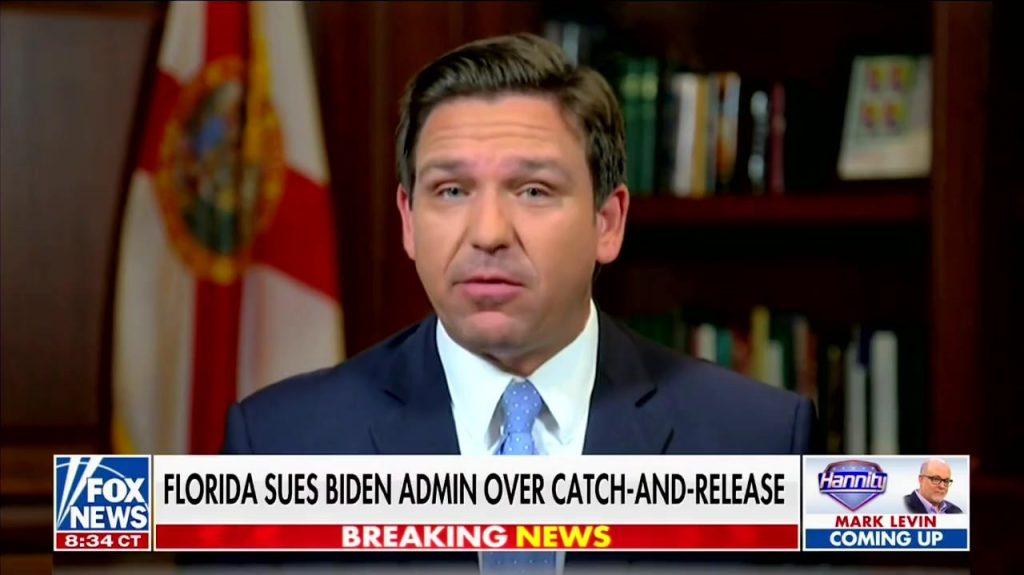 Florida Gov. Ron DeSantis swore on Wednesday night that he isn’t considering a 2024 presidential run at the moment, claiming he’s too busy trying to “make sure people are not supporting critical race theory.”

With early polls showing the Florida governor as one of the favorites—outside former President Donald Trump—to be the next Republican presidential nominee, DeSantis has repeatedly denied rumors that he is going to run.

“All the speculation about me is purely manufactured,” he said earlier this month. “I hear all this stuff and honestly, it’s nonsense.”

At the end of another extremely friendly interview with Fox News host Sean Hannity in which he boasted about his state’s COVID-19 response—despite having one of the highest death rates in the country—DeSantis was asked if he is harboring any presidential ambitions.

“I notice the media, no matter how many times you’ve answered the question about are you considering the run for the presidency in 2024 and you give the same answer, that they still keep asking you,” Hannity said before asking that very same question: “What’s your answer to those people that ask again and again?”

“Yeah, I’m not considering anything beyond doing my job, we got a lot of stuff going on in Florida,” DeSantis asserted, adding that he will be running for re-election as governor next year.

As for what he feels needs his attention in Florida, DeSantis immediately leaned into the culture war issues that have energized conservatives over the past year.

“We are also working on a lot of things in the state beyond the governor’s race, we got school board races,” he declared. “I want to make sure people are not supporting critical race theory!”

After saying he wants to make sure “parents have the ability to send their kids to school the way they want to,” seemingly referencing his court fights over local school mask mandates, DeSantis reiterated that he isn’t focusing his attention on 2024.

“There’s a lot of huge issues, that is way down the road, it’s not anything that I’m planning for,” he concluded.