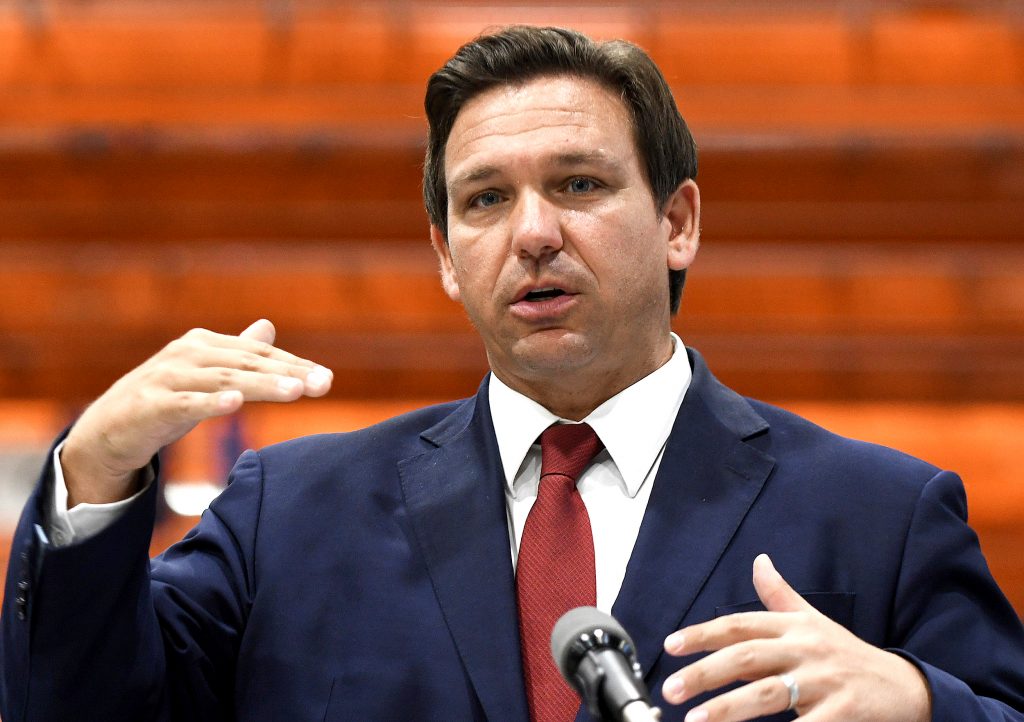 Pandemic curves tend to have a Newtonian quality: Infection numbers go up, and then they go down. Even if there are multiple waves of infections, as has been the case with Covid-19, conditions get worse, then they get better, even if the cycle repeats.

With this in mind, the state of Florida is now seeing vastly improved conditions, following a brutal and deadly summer. And while that’s obviously a positive development for the Sunshine State, the weird thing is seeing Republican Gov. Ron DeSantis and his allies suggest he deserves credit for the declining infection numbers.

The governor’s office issued a press release last week, boasting, “As a result of Governor Ron DeSantis’ leadership and our data-driven approach free of mandates, the State of Florida has one of the lowest COVID-19 daily average case rates in the last 7 days per 100,000 residents in the United States.”

It’s a deeply strange argument. As his state’s pandemic crisis took a brutal toll on Floridians, the governor — labeled “Do-Nothing DeSantis” by the Orlando Sentinel’s editorial board — preferred passivity to action, except to lash out at educators who wanted to use mask protections to stop the spread of infections.

Now that the wave has receded, the governor and his allies believe he’s entitled to credit? It’s as if George W. Bush sought credit for his Katrina response once New Orleans was no longer under water.

It was a bad summer in Florida. Nearly 1.2 million residents of the Sunshine State contracted the coronavirus over those three months, nearly a third of the total the state has seen since the pandemic began in February 2020. More than 13,000 Floridians died as the virus whipped across the state, more than 17 percent of the deaths the country saw during that period despite Florida having only 6.5 percent of the country’s population.

The same analysis added that over the course of the pandemic, Florida’s case rates, fatalities, and hospitalizations have been worse than the national average most of the time. Its per-capita Covid-19 death totals are among the nation’s worst, due almost entirely to the spike between July and September.

Yes, the spike was not permanent, but that’s not how epidemiological spikes work. Taking comfort in encouraging trends is sensible; pretending failures were successes is not.

Steve Benen is a producer for “The Rachel Maddow Show,” the editor of MaddowBlog and an MSNBC political contributor. He’s also the bestselling author of “The Impostors: How Republicans Quit Governing and Seized American Politics.”