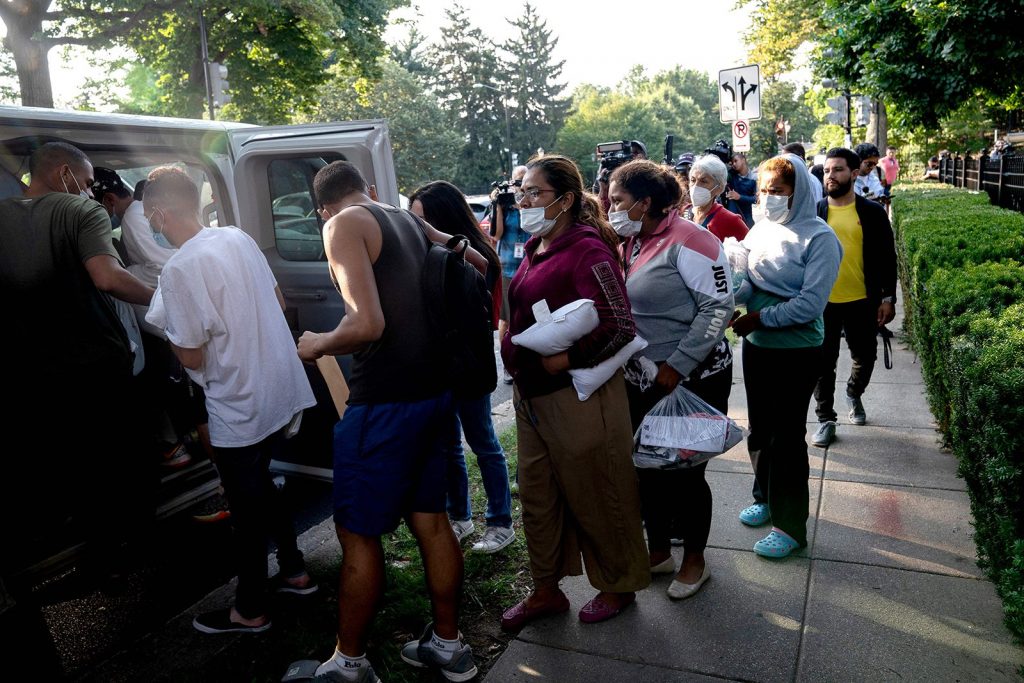 Does anyone else think Texas Gov. Greg Abbott and Florida Gov. Ron DeSantis deserve a response for sending migrant asylum-seekers to Chicago; Washington, D.C.; New York and other U.S. destinations?

We don’t want to give the good people of the Lone Star and Sunshine states the impression that northerners are without couth. But how to best respond to the southern gesture is a challenge that other elected officials could face heading into the final weeks of the mid-term election.

I don’t recall hearing anyone say that complaints from DeSantis and Abbott about our immigration system aren’t legitimate. However, partisan politics won’t resolve the humanitarian crisis and help fuel the already superheated social climate that seems ready to explode. Reasonable people agree that improving conditions that pose an unfair burden on southern border states is essential.

The two governors have vivid imaginations, but their despicable deed is far from original. Sixty years ago, in a cold and calculating move, white segregationists lured Black Americans to go to New York, Philadelphia and Chicago with false promises of jobs and housing.

For heaven’s sake, it’s essential to carefully consider how best to respond, not letting emotions impact the decision. After all, it’s clear that considerable thought and planning on the part of DeSantis and Abbott occurred to transport via bus, rail and air the predominately Venezuelan asylum-seekers to Chicago, New York, Washington, D.C., and the toney democratic stronghold of Martha’s Vineyard.

Countering partisan objections that the stunt amounts to inhumane political theater, DeSantis, a possible 2024 presidential candidate, said, “If you have folks that are inclined to think Florida is a good place, our message to them is we are not a sanctuary state, and it’s better to be able to go into a sanctuary jurisdiction…” DeSantis added, “And yes, we will help facilitate that transport for you, to be able to go to greener pastures.”

DeSantis is being modest, and it’s much more than facilitation. In some instances, the asylum-seekers fleeing their homeland to escape Marxism were hoodwinked and believed that housing and job opportunities awaited them, only to be stranded.

I deplore tit-for-tat political gamesmanship, yet maybe it’s time for Abbott and Costello, oops, I meant DeSantis, to get a taste of their own medicine.

But, whipping up a plan to respond to the stooge-like stunt does nothing to alleviate the hardship resulting from the duo’s sinister plot. The truth is that no amount of counterplotting will guarantee that others won’t undertake similar shenanigans. Yet, plotters should work on their Texas Two-Step because dancing around the political fallout resulting from their hare-brained plot could get tricky.

As I see it, a counter-response contributes to the downward spiral of America’s global reputation. So, on second thought, it’s best to do what the rest of the civilized world has done for the past several years, take two steps back, and wait out the clowns.