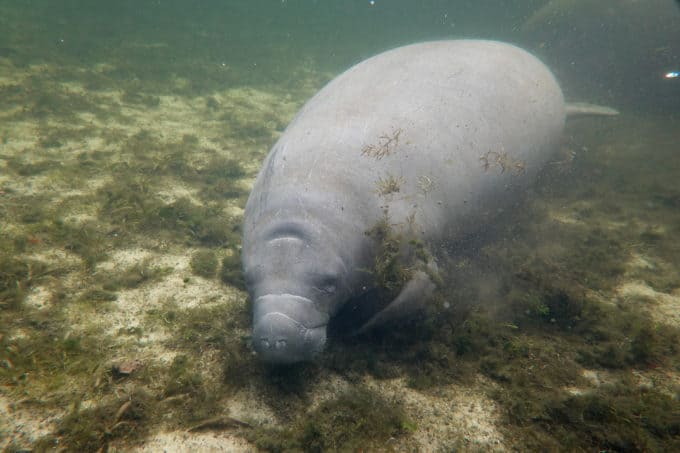 There are no lengths people will go through to save animals in need. Recently, the Columbus Zoo and Aquarium has made room in their facilities to take in four new injured juvenile manatees in an effort to take pressure off of SeaWorld in Orlando, Florida. Seaworld has experienced an overwhelming record number of aquatic marine mammals in trouble.

According to @thecolumbusdispatch four female manatees were transported to Columbus and were rescued as neonatal calves in 2020 and 2021. To make such a big move happen DHL Express transported the manatees in custom built, state-of-the-art containers. Three of the manatees transported were unfortunately orphaned.

The zoo has received 39 manatees since their Manatee Coast exhibit opened in 1999. While the facility currently houses nine manatees, including the four new ones, and two male calves that came to the zoo in April, the new additions have some pretty interesting names.

The female manatees are named after some pretty major women in the entertainment industry, which are none other than; Lizzo, Mary-Kate and Ashley Olsen, and Cardi B. However the manatee dropped the B and is named Cardi-Tee. In a news release from Sunday, The Columbus Zoo and Aquarium along with Seaworld, said, “As a second stage rehabilitation facility, the Columbus Zoo is one of only two facilities outside of Florida to care for manatees.”

The statement continued, “The team will care for the animals until they gain enough weight to return to Florida waters when conditions are favorable.” In an additional statement from Jon Peterson, Vice President of Zoological Operations at SeaWorld Orlando, he revealed that Manatees are listed as “threatened” on the Endangered Species List, as the population continues to plummet to dangerously low levels. Florida manatees are also dying off in higher numbers. Roomies, do you think animals should be named after celebrities?