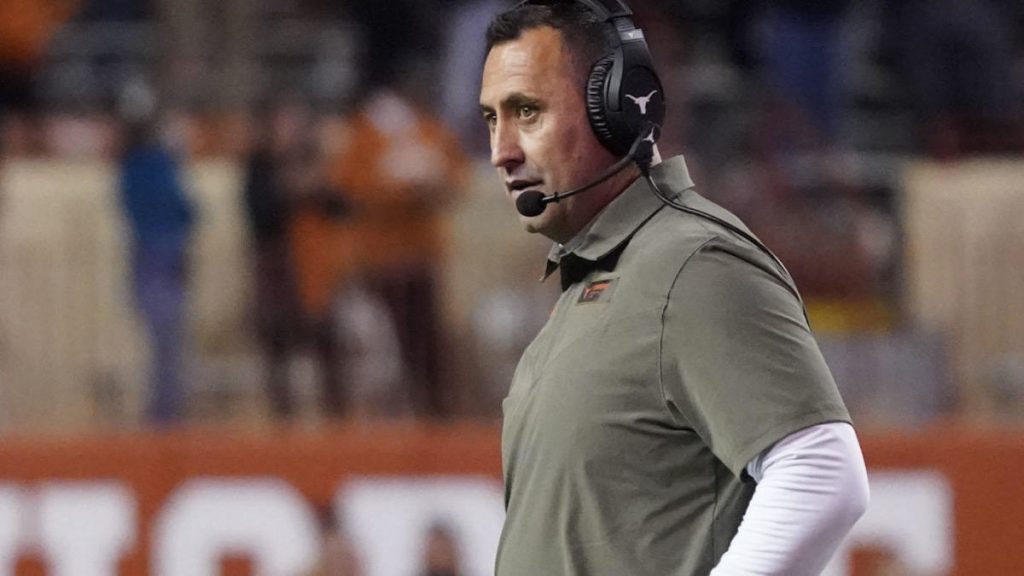 Week 11 in college football didn’t feature the depth of top-tier matchups as the last few weeks, but the incredible lows will live for years in our collective memories.

Specifically, two of the proudest programs in college football — Florida and Texas — set records for all the wrong reasons. No. 8 Oklahoma’s loss to No. 13 Baylor wasn’t as bad, but the Sooners posted the worst overall offensive performance since Lincoln Riley took over as offensive coordinator in 2015. That poor showing now might have cost them a playoff spot.

Here are the winners, losers and some overreactions from Week 11 in college football.

Ohio State: Finally, Buckeyes. This is the moment we’ve all been waiting for. While No. 19 Purdue was certainly over-ranked, No. 4 Ohio State looked like a national championship contender. Quarterback C.J. Stroud threw for 361 yards and five touchdowns, running back TreVeyon Henderson added two rushing touchdowns and the Buckeyes went up 35-7 in the second quarter while cruising to a 59-31 victory. The pass defense still remains a slight concern as Purdue QB Aidan O’Connell threw for 390 yards and four touchdowns in a losing effort, but the offensive firepower is so explosive that it’s hard to envision Ohio State ever losing a shootout.

Texas Tech: The Red Raiders have an interim coach, were missing their top two quarterbacks and hosting one of the best defenses in the Big 12. But in its first home game since firing Matt Wells, a little bit of Raider magic finally came their way. Kicker Jonathan Garibay nailed a sensational 62-yard field goal as time expired against Iowa State to send the Red Raiders to their first bowl game since 2017. The kick was the longest field goal in Texas Tech history, and could not have come at a better time.

Wake Forest: NC State came into its matchup with the Demon Deacons ranked among the best defensive teams in the ACC. When the dust cleared, No. 12 Wake Forest ran wild anyway in a 45-42 win over the No. 16 Wolfpack to all but clinch the ACC Atlantic for the first time since 2006. Wake Forest quarterback Sam Hartman turned the ball over three times but made critical passes and runs as part of a 13-play drive that spanned more than 6 minutes to bleed the clock and score a touchdown to go up double-digits. While Wake Forest doesn’t have a path to the College Football Playoff, cementing a spot in the top 10 and taking control of the ACC race is an incredible accomplishment for Dave Clawson and this program.

Michigan impresses while Oklahoma and Texas fall, Florida has a rough rough day and more in this week’s Instant Reaction by the Cover 3 crew recapping Week 11 scores and results in college football.

Florida: The Gators managed to survive 4-6 FCS Samford in a 70-52 decision thanks to a 35-10 run in the second half, but the performance was embarrassing enough in victory that it will still force major soul-searching in Gainesville. The 52 points allowed ties the most ever given up by an FBS opponent against an FCS foe and ranks as the most ever surrendered by Florida against a non-Power Five opponent. Florida coach Dan Mullen decided to fire defensive coordinator Todd Grantham after a series of embarrassing results, but giving up a combined 92 points to South Carolina and Samford in consecutive weeks should be impossible for a team of Florida’s talent.

Texas: There aren’t enough facts on God’s green earth to describe how embarrassing it is for Texas to lose to Kansas. The Longhorns had not lost five straight games since 1956. Kansas had not won a Big 12 road game since 2008. Texas had never lost to the Jayhawks in Austin in the nine all-time matchups dating back to 1997. The last time Texas lost to Kansas, it fired head coach Charlie Strong two weeks later. Somehow, the program is reaching historic lows one year into the Steve Sarkisian era. Whether Sark can weather the storm will ultimately determine whether he has any chance of being successful at Texas — and it’s a heck of a storm.

Auburn: Losing to Mississippi State isn’t in itself embarrassing. The Bulldogs had nice wins over No. 11 Texas A&M, No. 16 NC State and Kentucky heading into Saturday. Unfortunately, No. 17 Auburn surrendered a 28-3 second-quarter lead and gave up 40 unanswered points in an unbelievable collapse to pick up a fourth loss. The usually-solid Tigers defense gave up 415 yards passing and six touchdowns to Will Rogers, five of which came in the second half. Two weeks ago, Auburn had a path to the College Football Playoff. After two brutal losses to Texas A&M and Mississippi State, it’s an eighth straight year with at least four losses.

Many left No. 10 Oklahoma State for dead after a miserable start to nonconference play, including wins over Missouri State, Tulsa and Boise State by a combined 13 points. But since losing a nail-biter in the final minutes against Iowa State, Oklahoma State has been absolutely unstoppable. With a 63-17 win over TCU, the Cowboys have outscored their last three opponents by a combined 142-23.

Oklahoma State already has a win over No. 13 Baylor, giving the Cowboys a clean path to the Big 12 title game. With the way No. 8 Oklahoma looked in a 27-14 loss to the Bears on Saturday, the Sooners appear as vulnerable as they ever have since Lincoln Riley joined the program as offensive coordinator in 2015.

When the College Football Playoff rankings are released on Tuesday, the Cowboys — not the Sooners — will be revealed as the Big 12’s best playoff shot. If Oklahoma State can find a way to finally beat Riley, the Cowboys really have a chance.

When we talk about No. 9 Notre Dame, it’s largely in the context of being a quality win for No. 5 Cincinnati. But after obliterating a decent Virginia team 28-3 — acknowledging that the Cavaliers didn’t have starting quarterback Brennan Armstrong — the Fighting Irish deserve to be treated as more than a sideshow.

While the schedule won’t especially impress, Notre Dame does have double-digit wins over No. 18 Wisconsin, No. 19 Purdue and North Carolina. The young defense has only allowed nine points over the last two weeks against Virginia and Navy. Especially in a year where the top of the sport has struggled, Notre Dame deserves more credit for its consistency, especially since suffering a loss.