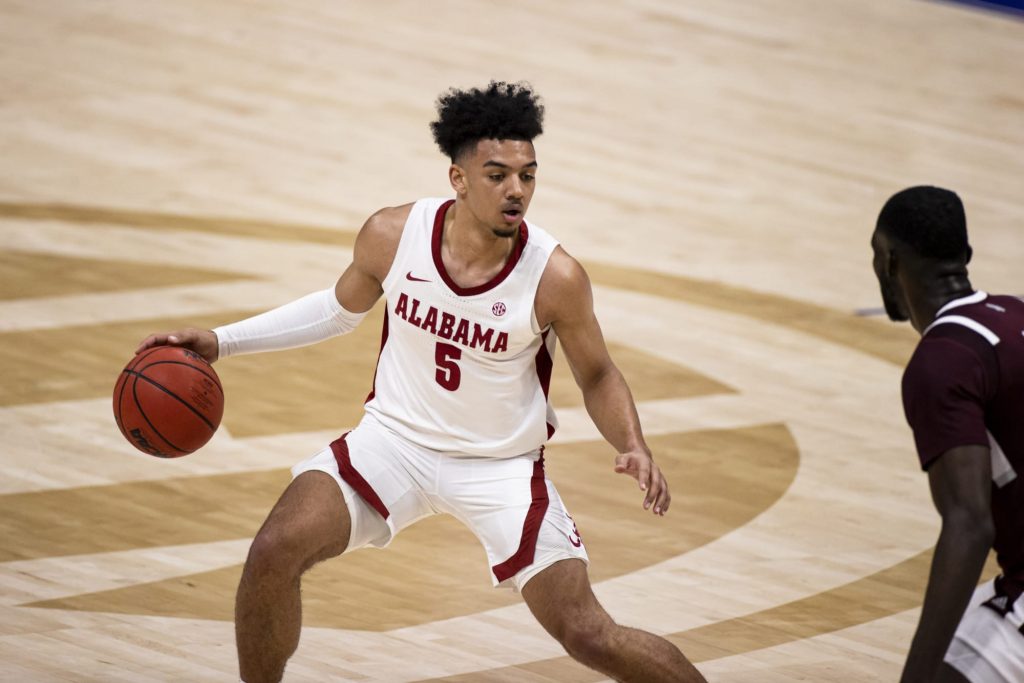 Gonzaga and UCLA, the top two teams in the AP poll, are among the teams that need to be on upset alert in college basketball’s opening week.

College basketball is back and it’s never too early for the upsets to fall. The opening week of the season is loaded with excellent matchups, including a pair of Top 5 showdowns out west, meaning the potential for upsets is always high.

Alabama head coach Nate Oats recently told Jon Rothstein that he wasn’t thrilled about having his team’s opening game come against a dangerous Louisiana Tech team. The Bulldogs are the favorites to win Conference USA thanks to a smothering defense and have a dominant big man in center Kenneth Lofton, giving themselves the tools to knock off the Crimson Tide if they can impose their will on the game.

No. 6 Michigan Wolverines vs. Buffalo – Wednesday

This is a similar spot as the one Alabama is in since Michigan is opening its season at home against a favorite from a smaller league. The opponent here is Buffalo, which is favored to win the MAC thanks to a deep rotation loaded with upperclassmen, a dangerous combination for a retooled Wolverines team to contend with in their first game.

A top-five matchup is technically an upset possibility but these types of games are true tossups in most cases. UCLA is coming off a Final Four run and returning all of its key pieces for this season but they will have a stiff early test against Villanova, the Big East favorites who have the firepower to go up and down the floor with the Bruins all night long.

Gonzaga is the top team in the preseason polls and was one game away from an undefeated season but they have a stiff early test in Spokane on Saturday against Texas. New head coach Chris Beard has a stacked roster after a successful summer in the transfer portal and will look at this matchup as an opportunity to make a national statement by stunning the Bulldogs on their home court.

The Seminoles will be a big threat in the ACC this season but they hit the road here for a dangerous game against an underrated Florida team. The KenPom rankings have the Gators right behind Florida State in their preseason polls, indicating this game is going to be very tight and could end up with an upset with Florida having home court.

For more NCAA basketball news, analysis, opinion and features, check out more from the FanSided college basketball section to stay on top of the latest action.