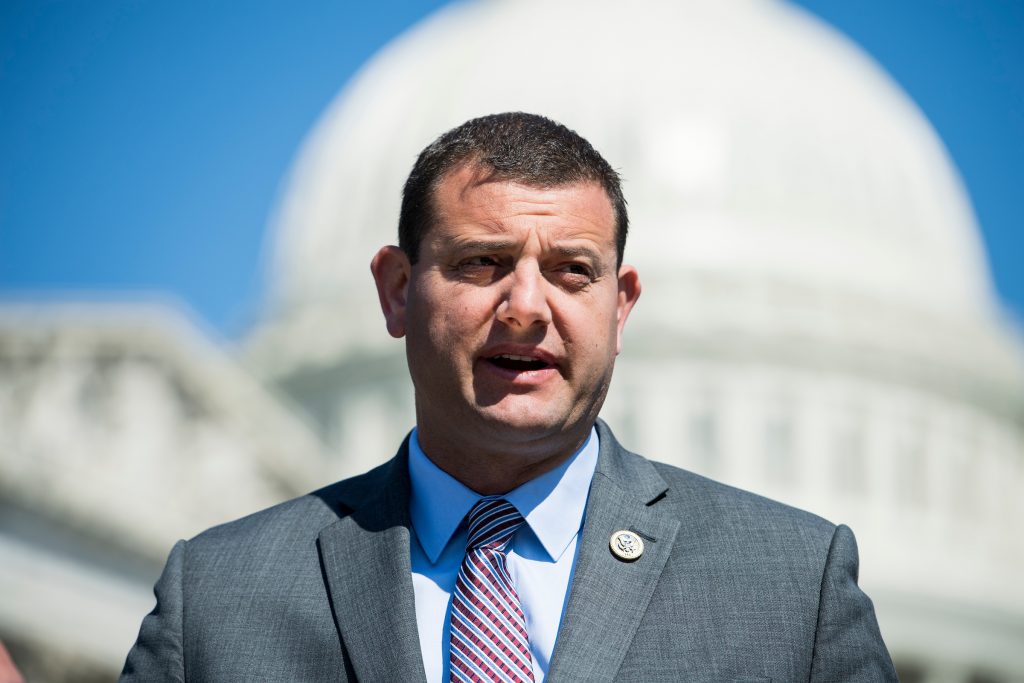 Two groups pushing for action against climate change are launching a nearly $1 million ad campaign Tuesday that tries to use wildfires and extreme weather to persuade moderate voters to reject a handful of battleground Republicans in California and Florida.

The campaign from Climate Power and the League of Conservation Voters is aimed at a handful of House districts that flipped from Democrat to Republican in 2020. The messages, shared first with CQ Roll Call, target moderate voters who the groups think can be persuaded to flip the seats back.

“We know that the public is seeing the impact of the climate crisis here and now,” said Matt Gravatt, Climate Power’s managing director for campaigns and politics. “In these districts, they are seeing extreme heat, drought, wildfires. This is an issue that is front-of-mind. They are living through it every day.”

Climate Power is a strategic communications and paid media operation founded by the Center for American Progress Action Fund, League of Conservation Voters and Sierra Club.

The investment comes as Democrats are trying to line up public support for  trillions of dollars in federal spending that they say will include the most significant climate action in the country’s history. Proposals to drastically reduce greenhouse gas emissions are in the Senate-passed bipartisan infrastructure bill and a package lawmakers will begin drafting next week to spend as much as $3.5 trillion on Biden priorities.

Most Republican lawmakers remain unconvinced that the government should spend nearly as much as Democrats have proposed to address climate change, and they raise concerns that tough new rules in the U.S. will put domestic firms at a disadvantage in competition with companies in countries with less stringent rules.

GOP lawmakers in both chambers voted unanimously against the budget resolution that sets a framework for the $3.5 trillion package and will allow the Senate, which is split 50-50 between the parties, to take it up without needing the 60 votes normally required to end a filibuster on legislation.

Democrats are betting that a summer of extreme weather events and grim forecasts about the planet’s future will help turn public opinion their way, in spite of forces that are largely lined up against them heading into the midterms.

One of the ads, which will air in Fresno and Bakersfield targeting California Rep. David Valadao, features images of blazing hillsides, smoldering forests and an expanse of parched, cracked soil.

“Our families are facing a crisis,” the narrator says. “Extreme weather is forcing families to leave their homes, abandon small businesses, suffer through record-breaking heat waves. But David Valadao turned his back on us.” The text “Voting against the Build Back Better plan” flashes across the screen.

The particulars of the massive spending and taxation package will be hammered out in various committees over the coming weeks. Speaker Nancy Pelosi has said the House will not vote on the infrastructure bill until the spending package passes the Senate.

Similar ads will air on television in the Los Angeles and Miami markets, targeting GOP Reps. Mike Garcia and Maria Elvira Salazar, in the next two weeks. Overall, the groups expect to spend $450,000 on television ads.

They are also launching $520,000 in digital ads, on sites such as Facebook and Google, targeting Valadao, Garcia and Salazar, as well as California Reps. Young Kim and Michelle Steel and Florida Rep. Carlos Gimenez. Aside from Gimenez, each of them represents a district that backed Joe Biden over Donald Trump in November, by margins ranging from less than 2 points for Steel to nearly 11 points for Valadao, according to Daily Kos Elections.

Republicans need to flip a net of five seats next year to take control of the House.