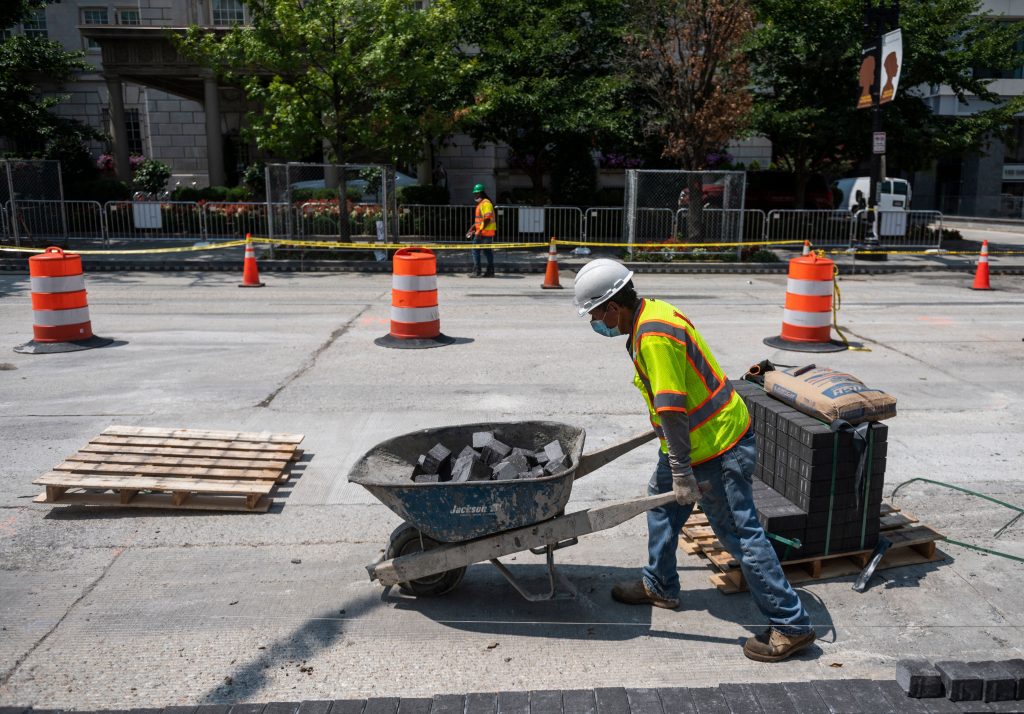 The Biden administration’s decision Monday to issue a regulation that limits workers’ exposure to extreme heat didn’t come soon enough to save the life of Sebastian Francisco Perez. Perez was a 38-year-old agricultural worker from Guatemala making not quite $12 an hour in Oregon’s Willamette Valley. On an afternoon in late June, Perez was hauling irrigation pipes in 106-degree heat—part of a heat wave that the National Oceanic and Atmospheric Administration called “astounding”—when he collapsed and died from heat exposure.

Climate change is killing a growing number of farmworkers, construction workers, sanitation workers, and warehouse workers. Between 2000 and 2010, according to a 2015 study in the American Journal of Industrial Medicine, 359 workers died of heat exposure. That’s an average of 36 heat deaths per year. By 2015, according to the Bureau of Labor Statistics, “exposure to temperature extremes” was causing 40 annual deaths on the job; by 2019, the last year for which data are available, it was causing 53. Most of the victims keeled over like Perez in the blazing sun of a hot summer afternoon. Their median age was 41.

Don’t expect the new Occupational Safety and Health Administration rule, which will cover outdoor and indoor heat exposure, to appear in a matter of weeks, as OSHA’s forthcoming temporary emergency standard for Covid-19 likely will. (Though there’s no stated timetable for that, either.) OSHA is a small, underfunded agency that moves at a snail’s pace. It won’t issue even an Advance Notice of Proposed Rulemaking, the first step toward a heat exposure standard, until next month.

How long does it take, from start to finish, for OSHA to issue a rule? On average, seven years, according to a 2012 report by the Government Accountability Office. In fairness, the GAO said OSHA in at least one instance shaved that down to 15 months. But the GAO also noted that in another instance, a rulemaking took 19 years, a record subsequently broken by OSHA’s silica rule, which, depending on how you count, took more than 20 years or more than 40.

Until a regulation is issued, OSHA’s protection of workers against heat exposure will consist mostly of waiting for people to die from it and then litigating under OSHA’s general duties clause, a section of the 1970 Occupational Safety and Health Act that directs employers to keep workers “free from recognized hazards that are causing or are likely to cause death or serious physical harm.” This statutory language is sufficient to establish OSHA’s jurisdiction over heat exposure (you’ll hear it quoted a lot as conservatives mount legal challenges to OSHA’s vaccine mandate). But it’s a poor substitute for a regulation specific to this problem, and the agency really doesn’t like to rely solely on the general duties clause when penalizing employers. In fiscal year 2018, the general duties clause was applied in only 1.5 percent of OSHA citations.

The most recent ruling on heat exposure by the Occupational Safety and Health Review Commission, or OSHRC, an independent agency that reviews OSHA decisions, was not encouraging.* In February 2019, OSHRC vacated an administrative law judge’s ruling against a roofing company that employed a 60-year-old man who died of heat stroke. That case was complicated by the man’s preexisting medical conditions (hepatitis C and congestive heart failure) and an outdoor temperature of only 82 degrees (with 51 percent relative humidity). Still, it was established that the man in question (identified in the decision only as “MR”), who was employed not by the roofer but by a temporary staffing company, received no training in dealing with excess heat, other than being told by the foreman that the water is over here and take a break if the heat starts to get to you.

Warehouses, as it happens, are another problem area for heat exposure, including Amazon’s, according to various news reports. At a House Education and Labor Committee hearing in July 2019, Javier Rodriguez, a former warehouse worker, described working seven years earlier in a warehouse that moved freight in and out of shipping containers for Walmart. The warehouse was in Riverside County, California, where summer temperatures routinely exceed 100 degrees. “The company took no extra precautions,” Rodriguez said. He continued:

There was only one water cooler on site, far from where we were working. If you wanted to get water you had to stop working and walk over to the cooler, which the managers didn’t like. The cooler was often dirty and sometimes didn’t work at all. Signs on the pipes said the water was recycled.…

Some of the workers who spoke up for their co-workers, asking for protections or who took breaks, were not brought back to work. Both the NFI warehouse managers and the staffing agency leads would constantly remind us that we were temps—even those of us who had been there for years, and that there would be no work for those who speak up or slow down.

Notably, California is one of only three states—Washington and Minnesota are the others—that regulate heat exposure in the workplace. (Oregon imposed a temporary heat standard in July, after Sebastian Perez’s death, and is working on a permanent one.) California’s heat standard had been in place five years during the time period Rodriguez spoke of. That suggests existing protections won’t have much force until the state extends its new worker-misclassification law (which cracks down on employers who rely to excess on gig workers) to temporary employees. Perez, “MR,” and Rodriguez were all temporary employees, whose vulnerability to exploitation is much worse than that of gig workers.

Addressing the problem of heat exposure should not be a major challenge. Thomas Bernard, professor of public health at the University of South Florida, testified at the Education and Labor hearing that the military, “which has a physically fit population with strict routines for sleeping and eating,” nonetheless “limits what work can be done and for how long at different levels of heat stress.” OSHA and the National Institute for Occupational Safety and Health imposed similar rules during the cleanup after the Deepwater Horizon oil spill into the Gulf of Mexico in April 2010.  For the affected workers, who at the cleanup’s peak numbered 47,000, an even greater concern than potential chemical exposure was exposure to extreme heat along the Gulf coast. Following OSHA and NIOSH’s lead, on very hot days BP “restricted work to 20 minutes followed by 40 minutes rest in a shaded area,” Bernard testified. As a result, the cleanup occasioned no serious heat illnesses or deaths.

The Biden administration urgently needs to curb carbon and other emissions that contribute to climate change. Halting growth in the number of workers who are dying from heat exposure is an issue that ought to unite the Democratic Party’s affluent environmental wing with its shrunken working-class wing. But until the United States and the world take effective action to curb climate change, corporations should follow BP’s lead—not by spilling oil into the Gulf of Mexico but by attending to worker safety during periods of extreme heat. Let’s hope OSHA moves forward with all deliberate speed on issuing its regulation, because we really don’t have seven years—much less 20—to spare.