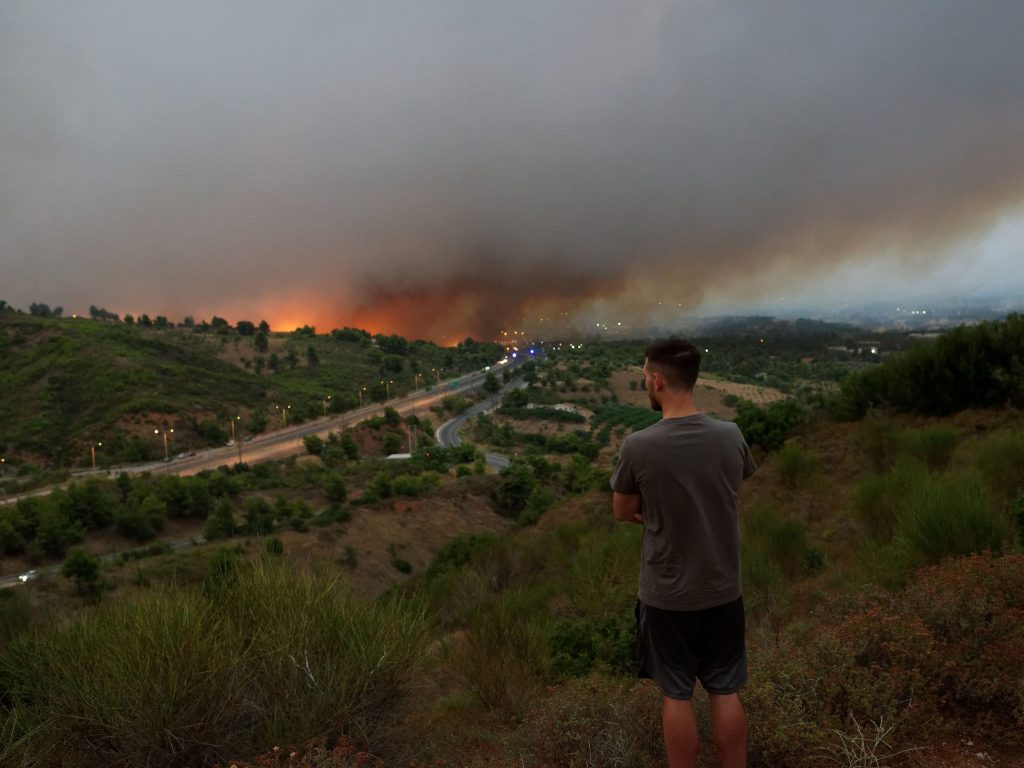 This summer, governments in Florida, Greece, and Sierra Leone have pledged to hire ‘Chief Heat Officers’ to combat deadly heatwaves that threaten local businesses and tourism.

The mayors of Miami, Athens, and Freetown are introducing the new job title as part of the Atlantic Council’s Extreme Heat Resilience Alliance.

The three cities are classified as “urban heat islands,” meaning the design and construction of the cities absorb and re-emit heat, causing recent record-breaking temperatures to climb even higher.

Athens reached 111 degrees earlier this summer as wildfires north of the city destroyed local homes, Reuters reported. Two weeks ago, a small town in Sicily, Italy hit 124 degrees — believed to be the hottest temperature ever recorded in Europe.

“I have a vision for a cooler, greener Athens,” Mayor Kostas Bakoyannis said in July. “Climate change for our city means more frequent and dangerous extreme high temperatures for residents and for tourists who are critical for our economy.”

Kathy Baughman McLeod, SVP and director of the Adrienne Arsht-Rockefeller Foundation Resilience Center at the Atlantic Council, told Insider that the impacts of extreme heat go beyond health issues.

“Airports shut down, metro systems shut down, kitchen workers are too exposed so restaurants close, schools close because it’s too hot, so parents have to come home from work,” she told Insider. “I mean there are just immense impacts and hidden costs.”

Greek officials warned tourists and citizens to avoid unnecessary work and travel, according to the Reuters report. Even the Acropolis, the city’s most popular monument among tourists, was forced to close due to the heat.

As the ancient city dealt with the modern repercussions of a hotter future, Eleni Myrivili was appointed as Athens’ Chief Heat Officer, the first ‘CHO’ in all of Europe.

Myrivili said in a press release that she looks forward to “helping decision-makers take action to cool the city and protect people and their communities.”

“We’ve been talking about global warming for decades, but we haven’t talked much about heat,” she added.

The job title first appeared in Miami-Dade county this May when Jane Gilbert was tasked with exploring new ways to prevent heat-related deaths in the area.

According to The Atlantic Council, extreme urban heat is one of the deadliest threats resulting from the climate crisis. However, heatwaves are given less attention than highly visible hurricanes or tsunamis, making them harder to combat.

A University of Washington study published on Friday reported a 74% increase in extreme heat-related deaths from 1980 to 2016, CNN reported. Despite CDC guidance that heat-related illnesses are preventable, hundreds of people died this summer alone during the Pacific Northwest’s heat dome.

“Unfortunately, Athens is not unique,” Bakoyannis said. “Heat is an emergency for cities across Europe and the world.”