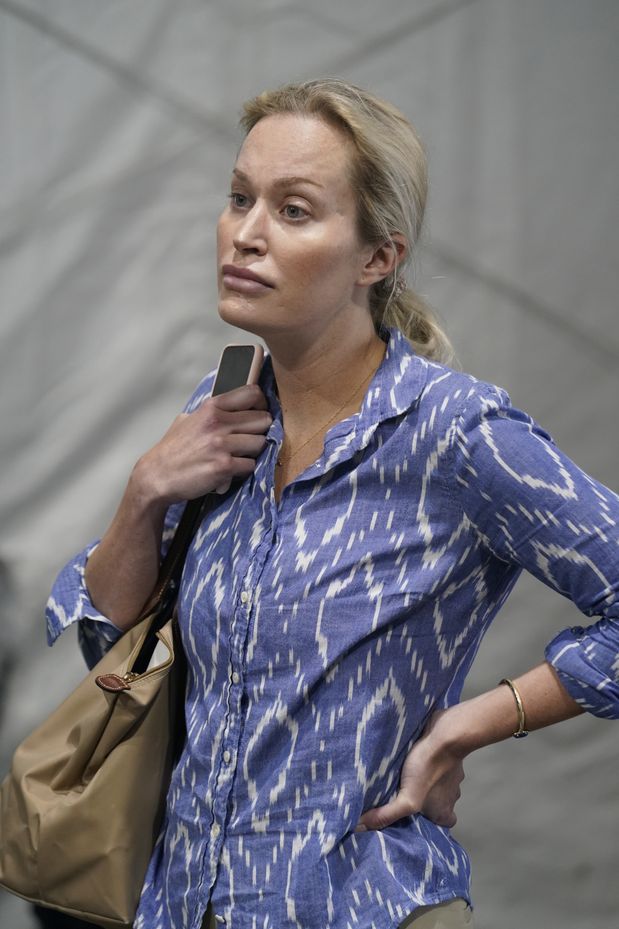 Florida Gov. Ron DeSantis’s press secretary was suspended Friday from Twitter amid a feud between the governor’s office and the Associated Press over a story about a novel coronavirus antibody treatment.

DeSantis spokesperson Christina Pushaw said her account was frozen after an AP executive wrote a Friday letter to the Republican governor accusing her of activating a Twitter mob and asking him to “eliminate this attack strategy from your press office.”

“This is unacceptable behavior from a government employee, especially one whose job it is to work with the media and communicate with the public,” said Daisy Veerasingham, AP executive vice president and chief operating officer, in the letter.

What stunned Ms. Pushaw was Twitter’s decision to intervene in the media skirmish while allowing, for example, a Taliban spokesperson to operate an account with more than 300,000 followers, calling it an example of “corporate media and Big Tech collusion.”

“The Taliban is live-tweeting their takeover of Kabul and nobody censors that, whereas I can’t debunk a false AP story that puts lives at risk,” Ms. Pushaw told The Washington Times.

She received a message Friday from Twitter saying that the platform “determined that you have violated the Twitter Rules,” and that her account would be fully restored in 12 hours.

A Twitter spokesperson said in an email that Ms. Pushaw had been locked out for violating the rules over “abusive behavior” without citing specific tweets.

The Tuesday AP story said that Mr. DeSantis has touted a monoclonal antibody treatment sold by Regeneron Pharmaceutical, whose investors include Citadel Inc., a Chicago-based hedge fund whose CEO has donated $10.75 million since 2018 to a political committee that supports the governor.

PolitiFact ran a fact-check Thursday on a Democratic Underground post on Instagram calling Citadel “the second-largest investor in Regeneron,” rating it “Mostly False.”

“Citadel CEO Ken Griffin is a top campaign donor to DeSantis, but his firm isn’t a major investor in Regeneron, a company that makes a treatment for COVID-19 that DeSantis endorses,” said PolitiFact.

Ms. Pushaw accused the AP of running a hit piece that could discourage COVID-19 patients from using the early-treatment drug, and noted that the Biden administration has also encouraged antibody treatments for infected patients.

She urged AP to change the “misleading headline,” which the wire service declined to do, then took to Twitter, tweeting “Fix your conspiracy BS or I will put you on blast,” and retweeted the AP article with the message “Drag them,” but later deleted the tweets.

I deleted it only because the deadline of 8am was no longer relevant after Brendan Farrington informed me at 10pm that he would not fix the misleading headline. At that point there was no reason to stay silent while his health misinformation flooded the country. https://t.co/PBzSoEHhjX

Ms. Veerasingham said that Ms. Pushaw “threatened a journalist, retweeted other threats against that journalist and issued a call to action against The Associated Press.”

“It resulted in a torrent of abusive comments directed at the reporter,” Ms. Veerasingham said in the letter.

This is insane. They’re just trying to stop Christina from pushing back. She pushed back on me the other day and I didn’t write a letter to her boss. She‘s doing her job. https://t.co/nFAi9Vc1uq

In an AP article about the letter, Ms. Pushaw said that after learning the reporter had been threatened, she responded by tweeting that “nobody should be threatening anyone,” and urged the journalist to report threats to the police.

Critics accused Twitter of a double-standard, pointing out that Ms. Pushaw had already deleted the offending tweets when she was suspended, and noting that no action was taken against NBA superstar LeBron James for his tweet targeting a police officer in April because his tweet had been deleted.

“Per Twitter’s own policies, the fact that they’ve been deleted already makes it inappropriate to take acting action Christina Pushaw,” said the Post Millennial in a Friday article.

Ms. Pushaw denied threatening the AP reporter, adding that she received a death threat via email Friday telling her to “go die of Covid.”

Thank you for being a Washington Times reader. Comments are temporarily disabled. We apologize for the inconvenience.