Chandler Williams and Derek Farah Seek “Showbiz” With Their Latest House Flip, A Mansion on a Private Island 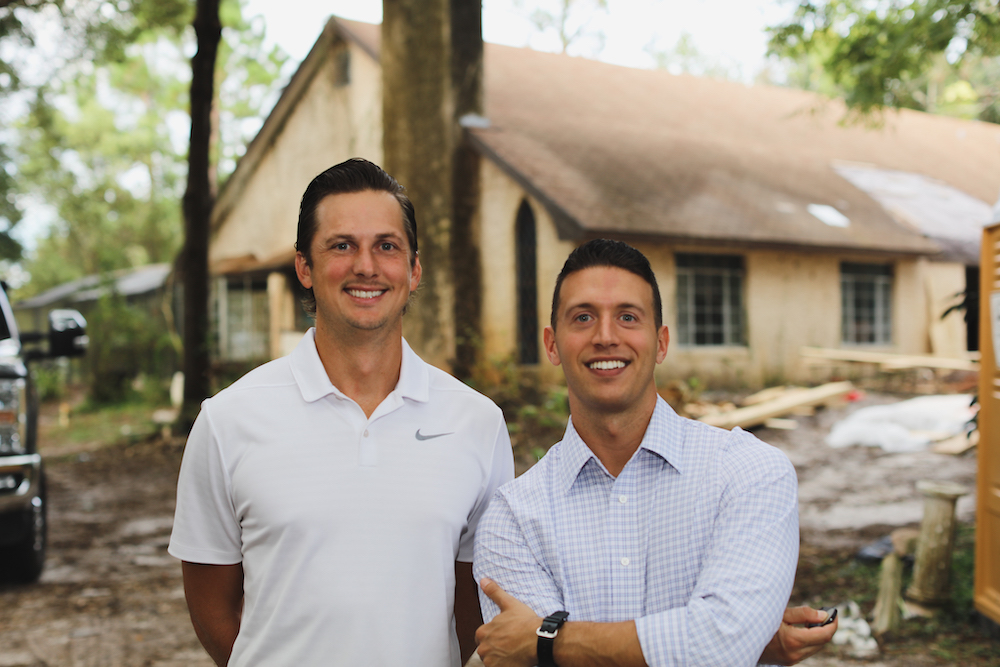 The post pandemic boom has sent the real estate market in a frenzy, especially in Central Florida, currently one of the hottest markets in the country. Even though competition is steeper than it’s ever been, that did not stop Chandler Williams (32) and Derek Farah (29) from scoring their biggest deal yet. A two lot special, including a Mansion on its own island which they plan on flipping and bringing to market by year’s end, and four acres of vacant land they will be building 7 luxury homes on. The final resale on the total project is expected to exceed $5 Million.

Located near Mayfair Country Club, sits an Island Mansion on Crystal Lake located in Lake Mary, FL. The island and mansion were built and owned by a prominent lawyer, who would once pull up to the island property in his Rolls Royce. The house is filled with oddities and treasures from years past, including an old ship cannon which was recovered from the Atocha shipwreck off New Jersey from one of the lawyer’s former clients who happened to be a treasure hunter.

The living room looks like an old cathedral with stained glass windows that was done by one of the makers of Disney’s Cinderella’s Castle. The mansion also came with many artifacts and remnants from decades ago, as well as many oddities including cat decor and medieval statues littered throughout the house. The house will be gutted down to the structure and completely remodeled.

Chandler Williams and Derek Farah of Blueprint Real Estate Groups met back in 2016 at their first brokerage. Soon after, Derek joined Blueprint Real Estate Groups, owned and operated by tv stars Justin Stamper and Ashlee Casserly. Justin was a guest speaker at a real estate class Derek was attending, which is where they met. Derek spent his last $100 buying lunch and bringing it to one of Justin’s job sites, just to have the opportunity to talk. Justin was moved by Derek’s persistence and got him on board immediately. Soon after they got their first deal under contract and Justin was looking for another investor to join him. Derek reached out to Chandler who had just taken out a $50,000 home equity loan, and Chandler was looking to get in on his first flip. Their first deal together had some unanticipated setbacks, such as the roof of the property caving in, timeline and cost setbacks. Chandler was getting behind on bills, but once their first deal was finally flipped and sold, they had recovered their original investment, plus made over $100,000. Fast forward to today, together they’ve been doing millions of dollars in real estate deals ever since. Business for them has grown exponentially since post COVID, and they have multiple flips, new builds, and other projects going on that have been receiving a lot of attention. While Chandler and Derek are scoring it big on their real estate deals, their main goal on this project is to follow in the footsteps of Justin and Ashlee and have the opportunity for their own house flipping TV show.