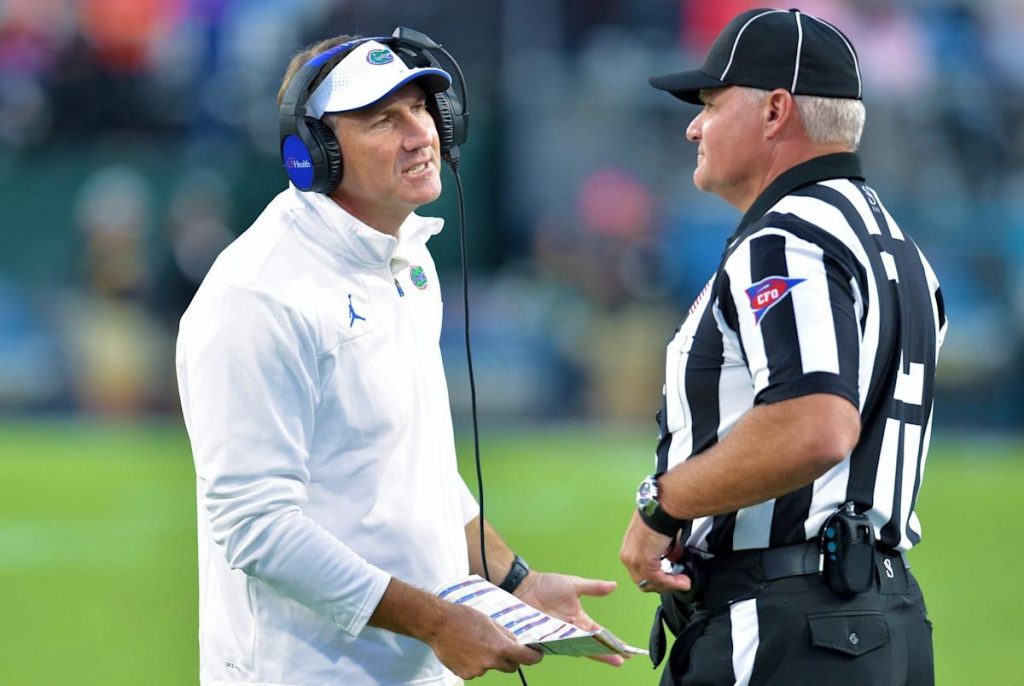 While the 2021 season had proven to be a disappointment after losses to Kentucky and LSU spoiled any chance at an SEC East title or a New Year’s Six Bowl, there weren’t really any significant rumblings that a change in head coach was possible.

Then, the Gators completely folded in a 40-17 loss to South Carolina. Florida had no answer when the Gamecocks, whose only SEC win before Saturday night came by one point against Vanderbilt, took control, and it appears that coach Dan Mullen may have lost this team.

In his reactions post, CBS Sports’ Shehan Jeyarajah echoed the sentiment many UF fans are feeling right now: Mullen won’t be able to come back from this.

Florida might not fire Dan Mullen tomorrow. It might not fire him at the end of the season. Regardless, a 40-17 loss to South Carolina was a point of no return for one of the proudest programs in college football.

Just weeks ago, South Carolina needed late heroics just to beat Vanderbilt. Against the Gators, the Gamecocks were down to their third-string quarterback, Jason Brown, a transfer from FCS St. Francis. And yet, the ‘Cocks didn’t just beat the Gators. They wiped the floor with them.

South Carolina outgained Florida by more than 100 yards of total offense and by more than 200 yards on the ground. Mullen’s team was thoroughly undisciplined, unprepared and completely outclassed on both sides to the point that even South Carolina coach Shane Beamer sounded surprised at halftime.

Earlier this week, Mullen made headlines by declining a recruiting question and declaring this time period “Football Time.” After that SNAFU, all media availability was cancelled for the rest of the week. Apparently all the extra time didn’t do him much good.

After Jeyarajah wrote this, some changes were made at Florida. Mullen fired defensive coordinator Todd Grantham as well as offensive line coach John Hevesy, who had served as an assistant under him since 2001. However, depending on how the Gators, who currently sit at 4-5 on the year, finish things up, that might not be enough.

It certainly seems that Mullen has reached a point in his UF tenure that coaches rarely come back from. Once you’ve lost a team, it’s hard to get it back, and it certainly seems like the question is when a change is made at head coach, not if.

With games remaining against Samford, Missouri and Florida State, the Gators have a path to winning out. But if they perform like they did on Saturday night, a bowl game may not even be in the cards this year.