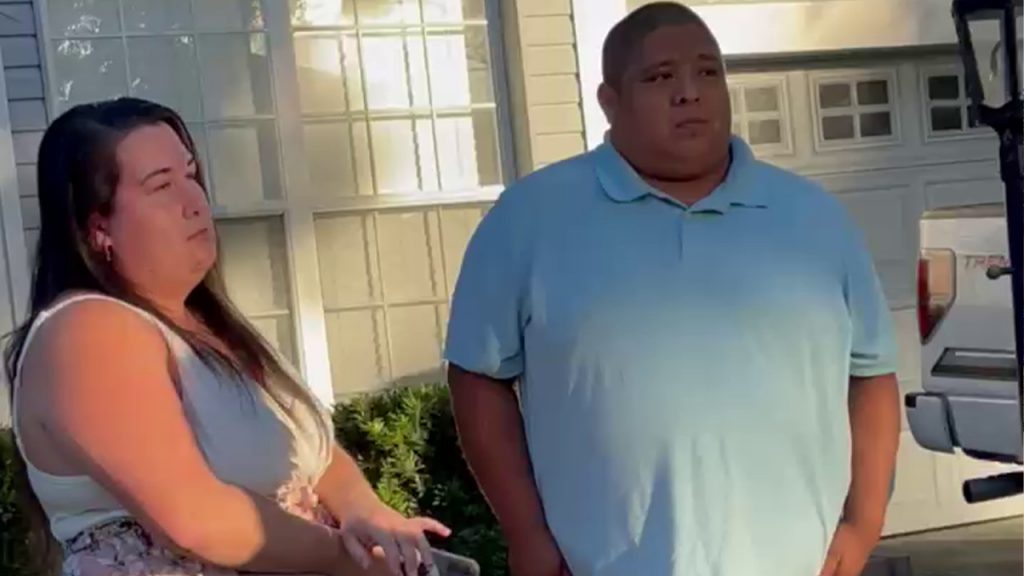 Florida fugitive Brian Laundrie’s sister told protesters outside her Lakewood Ranch home Monday that her family has been ignoring her following the disappearance of her brother and the death of his fiancée.

When asked if her parents were helping Brian Laundrie evade authorities, she said, “I don’t know” and that she hadn’t been able to speak with them.

“I’m in the boat where I’m getting ignored by my family and thrown under the bus by my family’s attorney,” Cassie Laundrie said to a group of protesters Monday in video shared by TikTok user @chroniclesofolivia.

The lawyer Cassie Laundrie seemed to be referencing, Steve Bertolino, blamed the media. “I do not represent Cassie Laundrie,” he told Fox News Digital in a text message Monday night. “Cassie’s comments can only be attributed to the press twisting my words and hers, which were only given to clarify prior mischaracterizations by the press, with the hopes of further sensationalizing this tragic story.”

Cassie Laundrie made her first public remarks since an ABC News interview last month to a group of protesters at her home while a manhunt is underway for her brother, who is the subject of a federal warrant for alleged debit card fraud.

Cassie Laundrie delivered remarks to a gathering of protesters outside her home Monday.
(Olivia Vitale)

That exposure was triggered after Duane “Dog” Chapman, also known as Dog the Bounty Hunter, uncovered evidence first that the Laundrie family went camping with Brian on Labor Day and later that Cassie visited them.

Bertolino confirmed that Cassie Laundrie met her brother and parents on Sept. 6 at the Fort De Soto Park campsite and faulted the ABC News interviewer after the fugitive’s sister said she hadn’t been able to talk to her brother.

“And I guess if you’re – what’s, just kind of as his sister, the oddest thing to you about all this, if you had to?” the interviewer asked, according to a transcript on ABC’s website.

“That I haven’t been able to talk to him,” Cassie Laundrie replied. “I wish I could talk to him.”

Cassie Laundrie explained the exchange to the protesters Monday.

“The media ended up misconstruing what I said when they asked me if I had seen my brother,” she said. “Like I said in the beginning, they didn’t say have you seen Brian. It was, ‘What’s the weirdest thing about this all?'”

Bertolino took issue with the muddy phrasing of the question and said over the weekend that Cassie Laundrie met with Brian Laundrie on both Sept. 1 and 6.

“Any prior communication by Cassie that does not reflect these dates is simply a difference of relating an answer to a question misinterpreted by Cassie or poorly posted by the inquirer,” he said Saturday.

Brian Laundrie was seen leaving his home on Sept. 14. His parents reported him missing three days later, before the federal warrant had been announced.

But he returned home on Sept. 1 in Petito’s van – but without his fiancee. That day, Laundrie surprised his sister and her kids, she said.

Petito had last been seen alive days earlier. But “nothing came up” about her at the campground, she said.

Cassie Laundrie told the protesters that her children had been crying since Saturday – when the news about the Fort De Soto Park camping trip emerged. They ate s’mores at the campsite between 2 p.m. and 8 p.m. before heading out because the children had school the next morning, she said Monday. That was the last time she said she spoke with her brother or parents.

She said she doesn’t know how Petito died and also confirmed that her brother flew home for several days in mid- to late-August before returning to Utah just days before Petito was last seen alive. The cross-country flights had been widely rumored online for weeks.

Brian Laundrie’s whereabouts are currently unknown, but several possible sightings have been reported along the Appalachian Trail near the border of North Carolina and Tennessee, as well as parts of Florida.

Petito’s remains were found at a Wyoming campsite on Sept. 19, weeks after she was last seen alive in Jackson Hole, at a campground she was believed to have shared with Brian Laundrie until late August.

He has not been charged in her death, which authorities ruled a homicide.

Cassie Laundrie insisted she and her husband had told the FBI everything they could.
“The world does not need to know what the FBI knows, and that’s why we’re silent,” she said.

“We are just as upset, frustrated and heartbroken as everybody else,” Cassie Laundrie told the crowd. “I am losing my parents and my brother and my children’s aunt and future sister-in-law on top of this.”