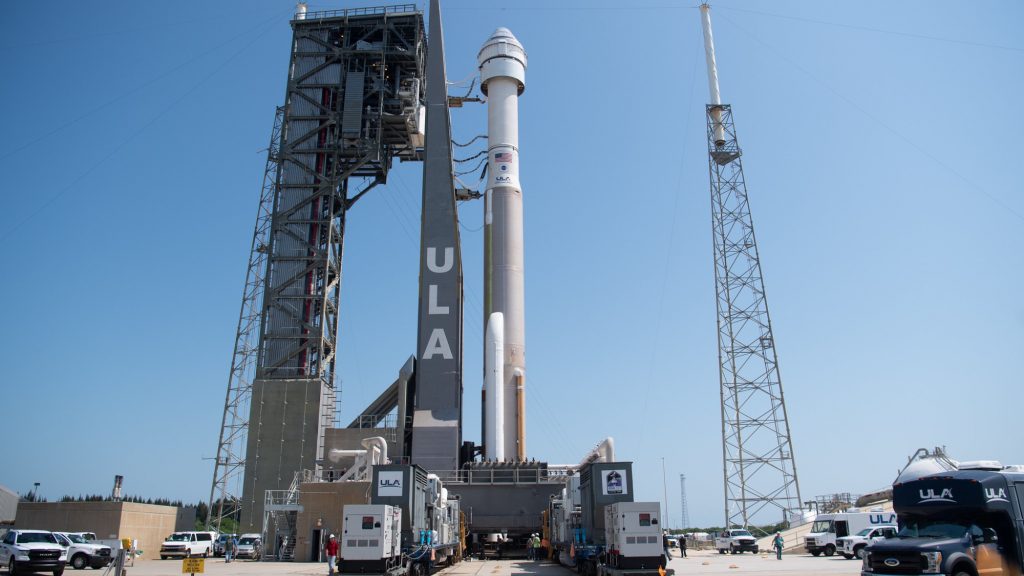 Boeing’s Starliner spacecraft successfully rolled out to its Florida launch pad early Wednesday (May 18), setting the stage for a crucial test flight for NASA this week.

The Starliner spacecraft, perched atop an Atlas V rocket built by the United Launch Alliance, rolled out to its pad at Space Launch Complex 41 of the Cape Canaveral Space Force Station ahead of a planned launch to the International Space Station. Liftoff is set for Thursday, May 19, at 6:54 p.m. EDT (2254 GMT).

Boeing‘s Starliner is launching on the uncrewed Orbital Flight Test 2 mission (OFT-2) to show that the space taxi is ready to begin flying NASA astronauts to and from the space station. The mission is critical and one Boeing has tried to fly twice before.

In December 2019, Boeing launched its first Starliner test flight, called OFT-1, but it failed to reach the International Space Station due to software issues that prevented the capsule from reaching the proper orbit. By July 2021, Boeing was ready to try again, but stuck valves on the spacecraft’s service module prevented the launch.

Boeing has since swapped out the Starliner service module and is confident it has a solution for the valve issue that thwarted last year’s launch attempt. NASA apparently is, too, as the space agency and Boeing cleared the Starliner OFT-2 mission for launch in a recent flight readiness review.

Boeing is one of two companies with multibillion-dollar contracts to fly NASA astronauts to and from the International Space Station. The other company is SpaceX, which has been flying astronaut missions to the station for NASA since May 2020.

If all goes well, Boeing’s OFT-2 Starliner spacecraft will lift off Thursday night and arrive at the International Space Station on Friday evening (May 20) for a roughly five-day stay at the orbiting lab. Astronauts are expected to open the hatches to the capsule a day later, on Saturday (May 21).

At the mission’s end, Starliner will return to Earth for a planned landing at White Sands Missile Range in New Mexico like its predecessor OFT-1. Starliner uses parachutes, airbags and retrorockets to cushion its landing on land.

Officials with the U.S. Space Force 45th Weather Squadron forecast a 70% chance of favorable weather for Boeing’s Starliner launch on Thursday. You’ll be able to watch the launch on Space.com, beginning at 6 p.m. EDT (2200 GMT).

Tariq is the Editor-in-Chief of Space.com and joined the team in 2001, first as an intern and staff writer, and later as an editor. He covers human spaceflight, exploration and space science, as well as skywatching and entertainment. He became Space.com’s Managing Editor in 2009 and Editor-in-Chief in 2019. Before joining Space.com, Tariq was a staff reporter for The Los Angeles Times covering education and city beats in La Habra, Fullerton and Huntington Beach. He is also an Eagle Scout (yes, he has the Space Exploration merit badge) and went to Space Camp four times as a kid and a fifth time as an adult. He has journalism degrees from the University of Southern California and New York University. To see his latest project, you can follow Tariq on Twitter.