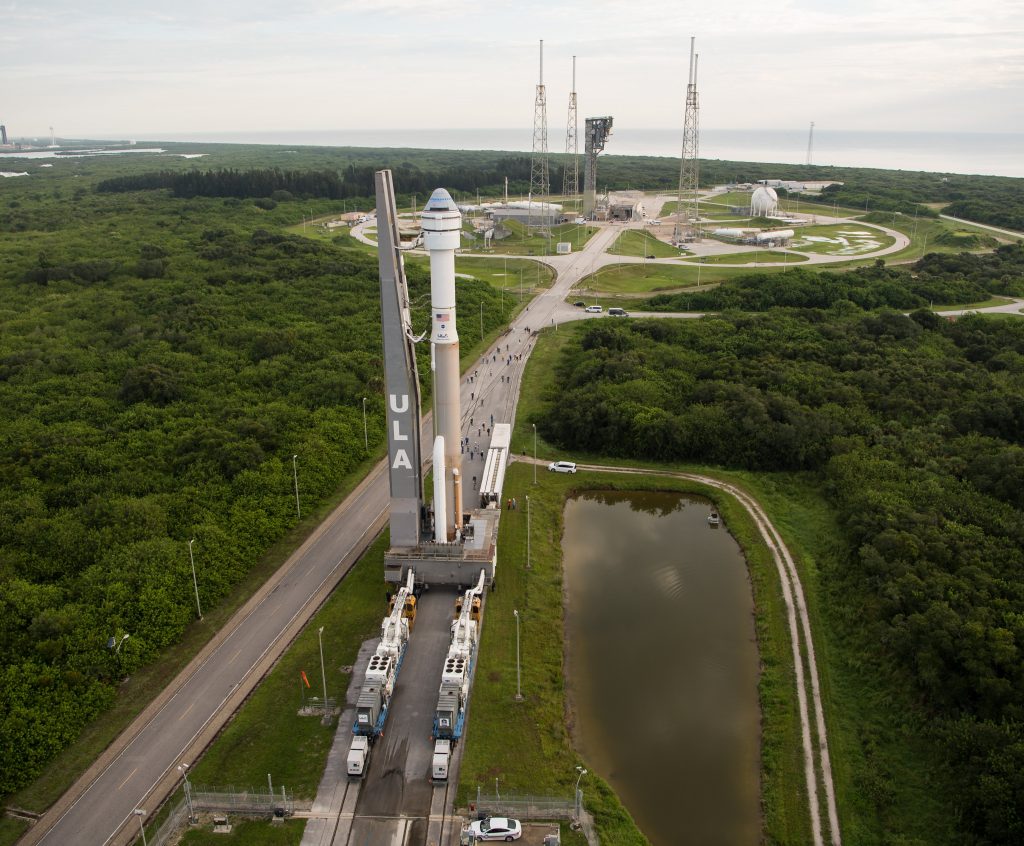 Boeing’s Starliner capsule is back on the launch pad.

You can watch the launch live here at Space.com, courtesy of NASA, or directly via the space agency.

Starliner has been here before. The capsule rolled out to the same pad on Thursday (July 29) ahead of a planned July 30 launch. But that liftoff was nixed after Russia’s newly arrived Nauka module caused some trouble on the space station.

Nauka docked with the orbiting lab on Thursday. Shortly thereafter, the module’s thrusters began firing unexpectedly, causing the station to tilt significantly. The orbiting lab’s handlers soon got everything under control, but NASA and Boeing decided to push OFT-2’s liftoff back to allow time for a full assessment of the situation. They also rolled Starliner back to its processing building on July 30, to protect the capsule and its rocket from looming bad weather. (There’s a 60% chance of good weather for tomorrow’s launch, NASA officials said.)

Boeing has developed Starliner with funding help from NASA’s Commercial Crew Program, which similarly supported SpaceX’s work on its Crew Dragon capsule. The goal was to get homegrown private astronaut taxis up and running as soon as safely possible after the retirement of NASA’s space shuttle fleet, which occurred in 2011.

Crew Dragon is fully operational. SpaceX first flew astronauts during a test mission to the station in the summer of 2020 and is now in the middle of its second contracted crewed flight to the station for NASA. Starliner has yet to fly astronauts; it first must prove its mettle on an uncrewed test flight, and that’s what OFT-2 is all about.

As the name suggests, the weeklong OFT-2 will be Starliner’s second try at a space station mission. On its first attempt, in December 2019, Starliner suffered a number of glitches shortly after launch, got stranded in the wrong orbit and came back to Earth without rendezvousing with the orbiting lab.

SPACE.COM SENIOR SPACE WRITER — Michael has been writing for Space.com since 2010. His book about the search for alien life, “Out There,” was published on Nov. 13, 2018. Before becoming a science writer, Michael worked as a herpetologist and wildlife biologist. He has a Ph.D. in evolutionary biology from the University of Sydney, Australia, a bachelor’s degree from the University of Arizona, and a graduate certificate in science writing from the University of California, Santa Cruz. To find out what his latest project is, you can follow Michael on Twitter.