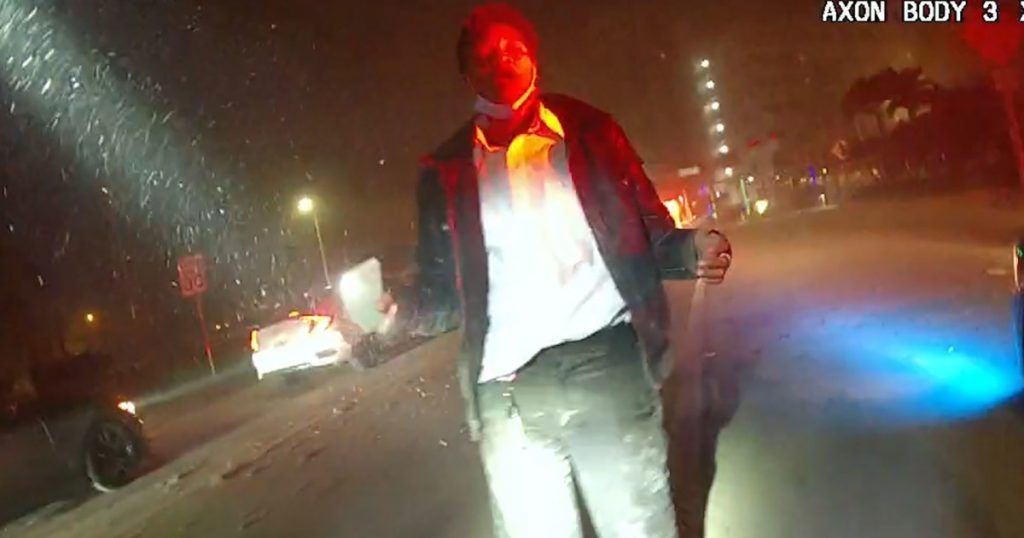 The unsettling video provides an insight into the early minutes between the deadly condo building collapse and when authorities arrived on the scene. Thick dust, calls for help from residents and first responders rushing into the rubble can be seen and heard.

There is more than 45 minutes of video from three officers. The videos show residents escaping the collapse and first responders trying to gain control.

In one clip, a firefighter beseeches a police colleague to “keep everybody out.” The officer quickly ushers away a bystander, self-identified as the building president.

In another gripping moment, a man on the street appears to shout to his mother, and a woman can be heard yelling back from her apartment. He pleads with police for her to be rescued.

Surfside Mayor Charles Burkett said the video transported him to the early morning hours when he arrived on the scene at 2 a.m. and “was scrambling and just didn’t know what to do.”

“It’s just horrific, but it’s also inspiring,” he said. “It’s horrific because you can hear people screaming ‘help get me out,’ but it’s inspiring to see our heroes climbing over that pile within minutes of the collapse even with the looming danger of that building falling down on top of them.”

The security guard who spoke to police earlier in the video tells authorities later that she rushed to call 911 when she realized what was happening.

Phil McCausland is an NBC News reporter focused on health care and the social safety net.