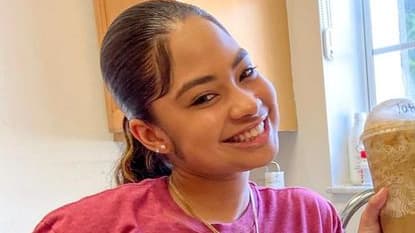 The body of Miya Marcano, a Florida college student who vanished after repeatedly rejecting romantic overtures from a maintenance worker in her apartment complex, was found on Saturday morning.

“Obviously this is not the update I wanted to give everyone today,” Orange County Sheriff John Mina said at a press conference. “Our hearts are broken.”

Marcano was last seen on Sept. 24 and was reported missing when she didn’t board a flight home to see her family. Three days later, Armando Caballero, later named the prime suspect by cops, was found dead of an apparent suicide.

Caballero, 27, worked at the Arden Villas complex in Orlando and had repeatedly expressed a romantic interest in Marcano, a Valencia College sophomore who lived at the complex and also worked there as an office staff member. She rebuffed those advances, Mina said.

Marcano’s body was found Saturday morning in a wooded area at the Tymber Skan apartments in Orlando, a derelict complex about 20 miles from the Arden Villas.

Caballero had lived in the scandal-plagued Tymber Skan complex at some point, and Mina said cellphone records placed him there for about 20 minutes around 8 p.m. on the night Marcano went missing.

Caballero allegedly used his master key to break into Marcano’s apartment at 4.30 p.m. that afternoon and abduct her.

Before he took his own life, Caballero appeared to be “trying to throw authorities off the trail” because cellphone data placed him all over Orlando and surrounding areas in the hours and days after Marcano vanished, Mina said.

Crews had mistakenly focused much of their search efforts on New Smyrna Beach, north of Orlando, after cellphone records showed Caballero spent an hour there in a marshy, wooded area. But ultimately, she was found 60 miles away. Other areas he visited will still be combed for evidence, Mina said.

Marcano’s devastated family had mobilized a huge search effort in the wake of her disappearance.

In an Instagram post on Saturday shortly after her body was found, her dad, Marlon Marcano, wrote: “My heart is broken! I need it to be whole again. I must find you soon.”

Hundreds of officers had searched for Marcano for days. “Deputies… were covered from head to toe in mud, searching so hard to find her, hoping for a better outcome,” Mina said Saturday.

Investigators strongly believe Caballero is responsible for the murder, and are not looking for any other suspects.