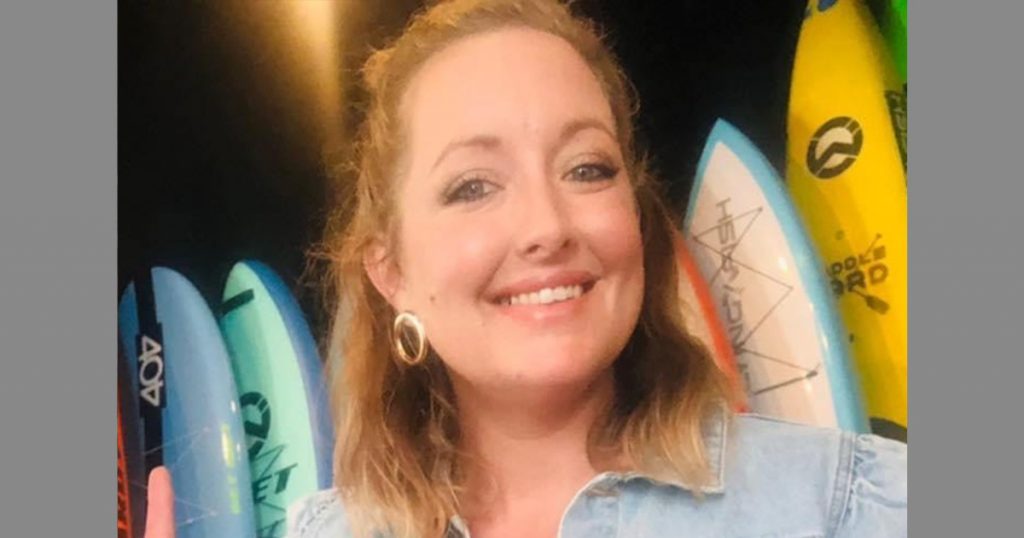 The body of missing Florida mother Cassie Carli has been found, Santa Rosa County Sheriff Bob Johnson announced at a news conference Sunday afternoon. The 37-year-old’s body was found on Saturday evening in a shallow grave in a barn in Alabama. “It’s not the ending that we wanted, obviously,” Sheriff Johnson said. “but we’re hoping to provide a little closure for the family.”

The sheriff said that due to the ongoing investigation his office would not reveal how they learned of the location where Cassie’s body was found, but said the suspect in the case does have a connection to the property.

Marcus Spanevelo, Cassie’s ex-boyfriend and the father of Cassie’s daughter, Saylor, had been arrested earlier in a traffic stop by the Tennessee Bureau of Investigations in Lebanon, Tennessee after having been under surveillance by multiple agencies. He is currently being held on charges of tampering and destruction of evidence and giving false information concerning a missing persons investigation. The arrest was based on a warrant from the Santa Rosa County Sheriff’s Office Major Crimes unit.

At Sunday’s news conference, Sheriff Johnson said an autopsy would be conducted Monday morning, after which he expected further charges to be filed. “We have definitely got a great case, and once the autopsy’s done and you see the charges filed, you’ll understand,” he said. “And he’s either going to spend the rest of his life in prison, or he’s going to get the needle. Hopefully the needle.” Carli was identified by a tattoo “in a place that normally you don’t have a tattoo, Sheriff Johnson noted. “And the type of tattoo has led us to believe that this is definitely her.”

Cassie was last seen around 7 p.m. on Sunday, March 27 in Navarre, Florida at the house she shared with her father. She and her 4-year-old daughter, Saylor, had recently moved in with him so she could get back on her feet amid a custody dispute with her ex-boyfriend, Spanevelo.

Dateline spoke with Cassie’s sister, Raeann Carli, earlier this week. Raeann said that on March 27 Cassie was scheduled to meet Spanevelo so he could hand over Saylor as part of their shared custody arrangement.

Initially the plan had been for them to make the exchange a Walmart in Destin. “She knew to go to, you know, a public, well-lit place — all that,” Raeann said. But the plan changed at the last minute, Raeann told Dateline. They decided to meet around 7:00 p.m. in the parking lot of a bar called Juana’s at Navarre Beach, about a mile or so from where Cassie had been staying with their father. “So a big parking lot and people using the boat ramp, usually a nice public place,” Raeann said. “My dad said it was just a very brief, you know, ‘Be right back, Dad. I’m just – just going right to Juana’s.’”

Although Raeann said that the area was familiar to Cassie, Sergeant Richard Aloy, Public Information Officer for the Santa Rosa County Sheriff’s Office, told Dateline that “the area that she was in was – was very dark. It was a parking lot.”

Raeann said their father fell asleep and when he woke up, Cassie and Saylor still weren’t home. “When he woke up at 10:45 p.m., he immediately started calling my sister and no one would answer,” Raeann told Dateline. She said her father then received some text messages from Cassie’s phone – which he didn’t believe were actually from Cassie – stating that she was having phone and car troubles.

Cassie’s father reported her missing the next day. The Santa Rosa Country Sheriff’s Office determined that Saylor was safe and unharmed during their investigation into her mother’s disappearance.

At the news conference on Sunday Santa Rosa County Sheriff Bob Johnson described Marcus Spanevelo as “totally uncooperative” with authorities throughout the investigation. “I mean, it’s your baby’s mother and you’re not going to cooperate with authorities, that’s kind of tell-tale.” According to the sheriff the only thing Spanevelo said after his arrest was “lawyer.”

It is not clear if Spanevelo has a lawyer at this time.

NBC affiliate in Tampa reported that the tattoo by which Cassie’s was initially identified was on her right foot. When Dateline spoke to Cassie’s sister, Raeann, last week, she mentioned that very tattoo. She has a matching one. Their father has a tattoo of a lizard, so to honor him, the sisters each got lizard tattoos. “The way mine is shaped, it rolls to the left and hers to the right,” Raeann said. “And when we put our feet side by side the lizards make a heart.”

And there’s something special inside each lizard. “My dad, he always says LUA, which is, like, short for ‘loving you always,’” Raeann said. “And my dad wrote L.U.A. inside of them. It’s his handwriting on it.”

The heart is broken now, but the loving you always will never go away.