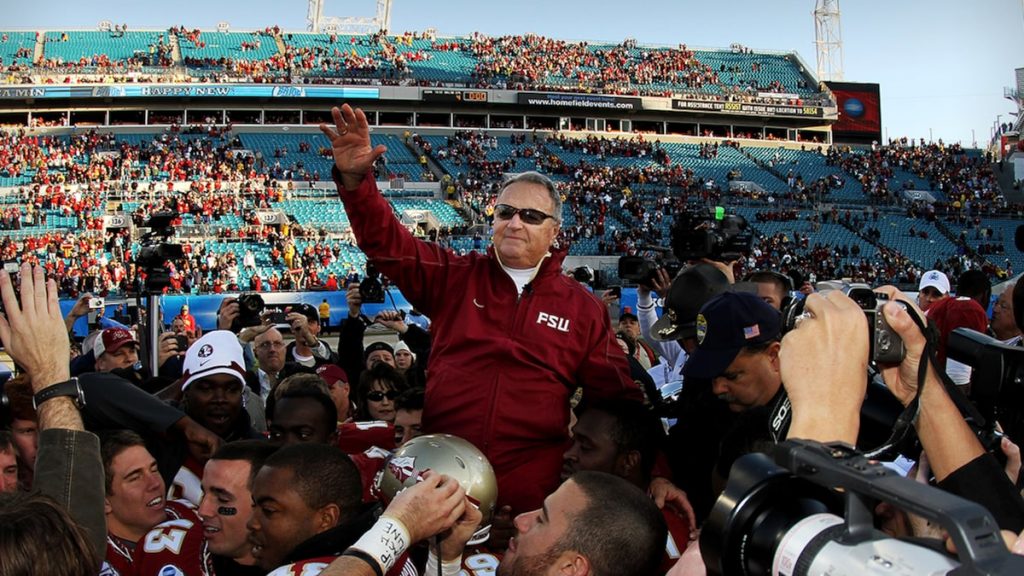 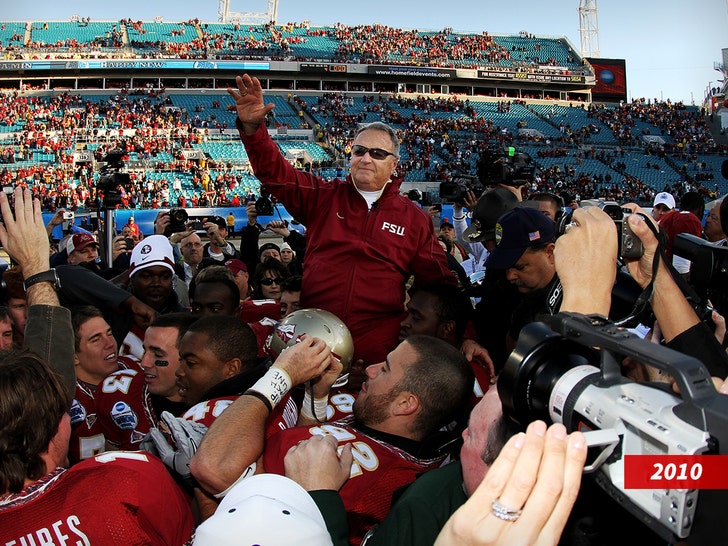 Bobby Bowden — one of the greatest college football coaches ever — died early Sunday morning at the age of 91 years old.

Bobby spent 34 seasons as FSU’s head coach … and was enshrined into the College Football Hall of Fame in 2006.

Terry Bowden, Bobby’s son, confirmed the news to the AP … issuing the following statement about the passing of his dad.

“My father passed away peacefully early this morning with all six of his children and my mother here by his side.”

“I couldn’t have asked for a better personal mentor than my father. He was a wonderful husband and father, who relied on his strong Christian faith to provide the foundation for his life.”

Terry continued … “I also was fortunate to be raised by a football coach who had a reputation for coaching the right way his entire career. He was admired by everyone who played for him or coached against him.”

FSU issued a statement on social media, writing … “Today we lost a legend but you never lose a legacy. Rest In Peace Coach Bowden”

Bowden is known for his HOF coaching career … but he also played ball back in the day. BB was a part of Alabama’s football team as a freshman in 1948 … before transferring to Howard College (now Samford University) in Birmingham.

Bobby — who was born in Birmingham — was a successful college quarterback.

It was just last month that Terry announced Bobby was battling a terminal illness. He later said that sickness was pancreatic cancer.

Deion Sanders, a 2x All-American under Bowden, reacted to his former coach passing, writing … “God bless the Bowden Family, Friends & Loved ones. My Prayers are with u. I’ve lost 1 of the best coaches I’ve ever had.”

Some of the top football coaches in the country also weighed in on Bobby’s death … including Nick Saban, Urban Meyer, and Dabo Swinney.

On Twitter, Meyer wrote … “Today, we lost a legend. Bobby was a great friend and mentor to me, and his impact transcended the coaching profession in so many ways. Sending love to Ann and the entire Bowden family. Rest In Peace Coach Bowden.”

A public funeral service will be held for coach Saturday on FSU’s campus.