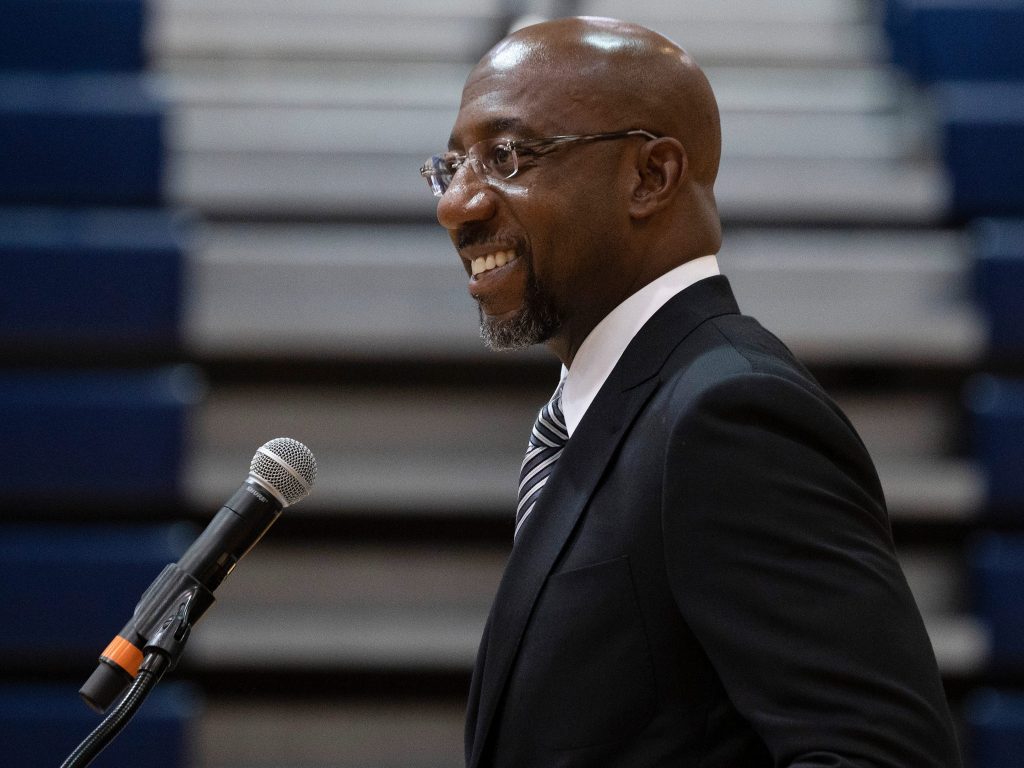 In the race for control of the US Senate in 2022, Black candidates across the country have posted hefty fundraising numbers in the last quarter, a significant development that could go a long way to buttress the viability of minority candidates in statewide federal elections.

Democratic Sen. Raphael Warnock of Georgia, who was elected in a runoff special election in January and will have to run for a full six-year term next year, raised an eye-popping $9.5 million in the last three-month quarter.

Val Demings, the Democratic congresswoman and former police chief of Orlando, Fla., brought in $8.5 million in the last quarter for her bid to defeat GOP Sen. Marco Rubio.

And Sen. Tim Scott of South Carolina, the sole Black Republican in the upper chamber and a potential 2024 presidential candidate, raked in $8.4 million for his reelection bid.

Since the country’s founding, there have only been 11 Black Americans who have served in the Senate — a list that includes former President Barack Obama, who represented Illinois, and Vice President Kamala Harris, who was elected from California. There are currently three Black members in the upper chamber — Warnock, Scott, and Democratic Sen. Cory Booker of New Jersey.

While many Black candidates have long sought to make the leap to the Senate, they were often overshadowed by more prominent candidates — usually former statewide officeholders — who were by and large better-funded and often secured the lion’s share of party endorsements. But the fundraising numbers appear to reflect a shift in the perception of electability that previously bedeviled Black candidates.

Donna Brazile, a former Democratic National Committee Chair, told Politico that the competitiveness of Black candidates was something that previously had to be substantiated to prospective donors.

“This may be an era where we can level the playing field,” she told the news outlet. “I think Black candidates have proven more and more than ever that we’re talented, but we didn’t have the resources to compete … this is the future. This is what I think Dr. [Martin Luther] King and his generation always envisioned.”

Black candidates have raised significant amounts of money in the past, but the most recent quarter’s total reflects not only the growing pool of donors but the emergence of Black political leaders across the country.

In Kentucky, former Democratic state Rep. Charles Booker raised $1.7 million in the most recent quarter in his bid to defeat GOP Sen. Rand Paul, and Democratic Lt. Gov. Mandela Barnes of Wisconsin took in $1.12 million in a multicandidate primary to determine who will be the party’s nominee in one of the most competitive states in the country.

Kevin Harris, a Democratic strategist and former executive director of the Congressional Black Caucus, told Politico that strong Black candidates were always in the picture, but fundraising was often a challenge.

“I think that the [candidate] pipeline is definitely there,” he said. “But what hasn’t been there before, is this sort of interest in funding African American candidates, and seeing where that goes. That’s never happened.”

Democratic National Committee Chair Jaime Harrison, who ran in the 2020 South Carolina Senate race and raised over $100 million during the course of the campaign, has served as a resource for Black candidates, according to Politico.

Harrison told the news outlet that digital advertising and social media allowed him to bypass roadblocks that Black candidates previously faced when seeking to build up their candidacies against more established figures.

“Part of the secret sauce for me — and I think Lindsey Graham picked up on it on the Republican side — was how you build a grassroots donor base. How do you tap into that type of energy in order to fund your campaign?” Harrison said. “There are techniques and things that you can do. And you can see the difference.”