BKFC champion Luis Palomino hospitalized with COVID-19, urges everyone to ‘get vaccinated’ after he was against it 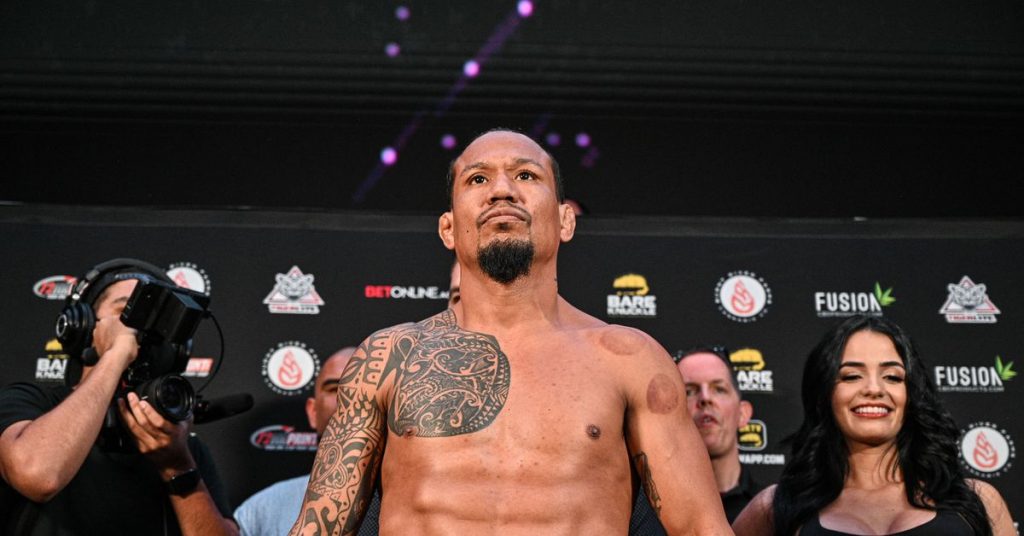 BKFC champion Luis Palomino has been hospitalized with COVID-19 after battling a variety of issues for the past two weeks.

The former Bellator and World Series of Fighting veteran offered an update from his hospital bed along with a message on his Instagram describing the problems he’s been having since first being infected with the deadly disease.

According to Palomino, he’s faced a litany of health issues since first contracting COVID-19, which eventually led to his hospitalization after realizing that he wasn’t improving by just resting and relaxing at home.

“12 days no food, sips of water, massive headaches, body aches, fevers from day one still going today, shiver attacks, no sleeps longer than [two to three] hours, inflammation of the pancreas, diarrhea pure water just started to calm down with medication,” Palomino wrote about the symptoms he’s been facing. “Diabetes just popped up from all the steroids their pumping me with and took my first ever insulin shots.”

Palomino said that he likely contracted COVID-19 while he was celebrating his recent engagement, which came after a long streak where he hadn’t dealt with any illness in his life whatsoever.

The 40-year-old bare-knuckle fighter added that he was actually against taking the COVID-19 vaccine but now he’s changed his stance after the disease hit him so hard in recent days.

“The real reason for this video is to inform you guys from my own experiences,” Palomino said. “I spent the last five years of my life without getting sick by simply taking care of my body and my immune system. During my engagement, I did a lot of celebrating, I did a lot of drinking, and I let my immune system drop. So Delta caught me slipping. That’s exactly what happened. My five year streak was broken really bad.

“But I want to let you guys know this thing is very serious. I was completely against the vaccine except for elders and kids that are young and still have weak immune systems. That I was never against. I always encouraged the elders to get the vaccine, my mom for example, family members, friends. I always agreed that [they] should always take the vaccine. Now I encourage you all to take it. At least it will keep you from dying.”

Palomino is currently hospitalized in south Florida, which is a state that’s been hit particularly hard over the past few weeks due to a surge in COVID cases. Florida currently leads the United States in hospitalizations and deaths due to COVID-19.

Florida is currently 25th overall in the nation for COVID-19 vaccinations.

In combat sports in particular, the vaccine debate has become a very polarizing issue.

UFC president Dana White recently stated that he will not force any of his athletes to get vaccinated, which could potentially cause issues with where the promotion can travel due to new restrictions being put in place by local and state governments.

Former UFC lightweight title challenger Michael Chandler stated a few weeks back that he would consider getting the vaccine once it passed through FDA approval but then changed his stance after the Pfizer vaccine was approved earlier this week.

“I don’t want it,” Chandler wrote on Twitter. “FDA approval or not. Real enough for you? I have no problem with people getting it. We all have a choice…this is mine.”

Despite his past hesitancy, Palomino is now advocating on behalf of the vaccine after his own harrowing experience with COVID-19 as he remains hospitalized with hopes of a full recovery in the coming weeks.

“This thing nearly got me,” Palomino said. :Feel better today, finally recovering on day 14, day 15. I fought it for 12 days at home and I just wasn’t getting any better so my fiancée forced me to come here and it was the best thing she could have done for me. Don’t play with this stuff guys. Get vaccinated.”