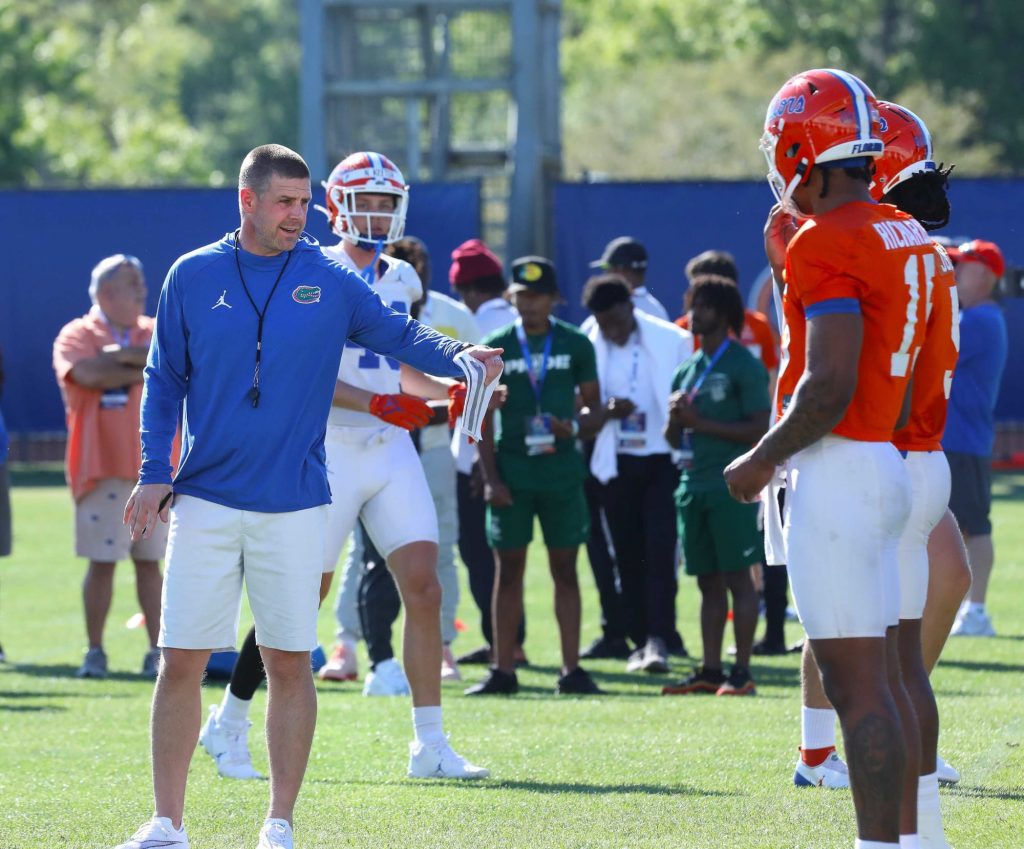 Florida football broke the hearts of fans a couple of years ago when they revealed that there would be no black uniforms. Billy Napier brings good news.

Dan Mullen taking over the Florida football program — though it may be a tad hard to believe in hindsight — brought with it a ton of excitement. Yes, Gators fans wanted the team to return to the top of the SEC, but they also hoped that Mullen could deliver on promises to make the players happy.

One of the most oft-discussed (and hoped-for) aspects of that was the hope that Florida football would get an all-black alternate uniform. The Gators athletics program has often brought out the all-black uniforms in other sports, basketball being certainly the most notable. Yet, the football team hasn’t had that opportunity.

It never came under Mullen but it might be coming under new head man Billy Napier.

In an interview with SI’s Richard Johnson, Napier confirmed that the Gators would be bringing in black uniforms under his watch. He projected that the uniforms would become part of the rotation next season in 2023.

Billy Napier: Florida football will have black uniforms, likely by 2023

On the whole, you have to believe that Gators fans would prefer to have another SEC East title, an SEC Championship, and perhaps another national championship in the trophy case than getting black uniforms.

At the same time, fans were legitimately upset that they never materialized under Mullen. And as we all became acutely aware, Mullen was never one to do himself many favors when it came to winning fans over in the media. Napier is seemingly trying to not replicate those mistakes.

Based on his track record with the Louisiana Ragin’ Cajuns, Napier joining the program should be enough reason for Gators fans to get excited about the things to come. But if nothing else, the forthcoming black uniforms should do the trick.