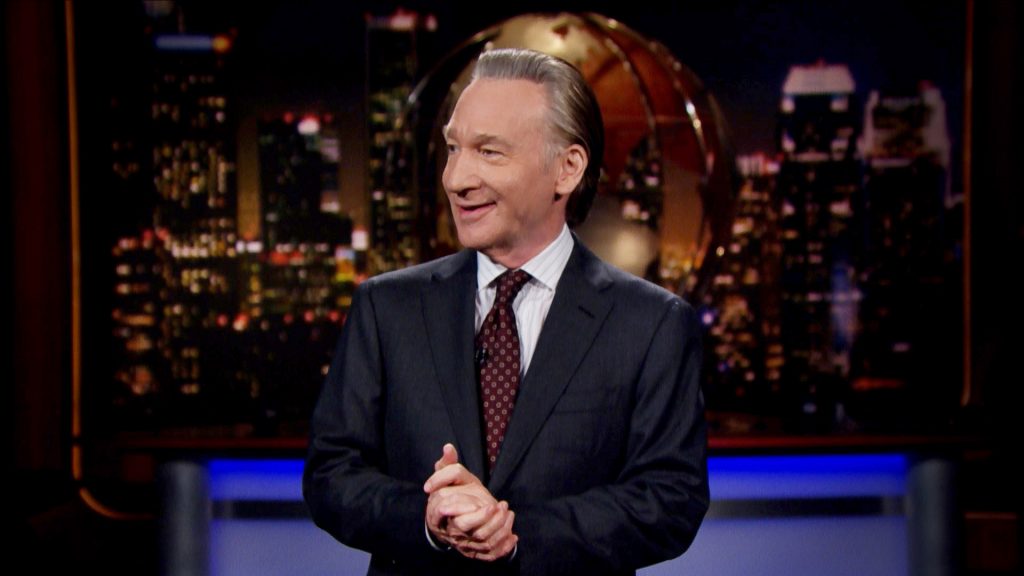 The Walt Disney Co. and CEO Bob Chapek are under fire for their perceived slow reaction to the “Don’t Say Gay” bill that recently passed the Florida Senate. It now heads to Gov. Ron DeSantis, who is likely to sign it into law.

The fallout from that legislation touched Hollywood this week, as Disney employees lashed out at the company’s initial hesitation to get involved.

We live in a world where corporations now have to take sides, Bill Maher noted during his Real Time conversation Friday night on HBO. He posed the question about whether inserting themselves into politics and social issues is a good thing to panelists Kristen Soltis Anderson, the pollster and founding partner at Echelon Insights, and Max Brooks, the author of World War Z and a  senior resident dellow at the Atlantic Council, a nonresident fellow at the Modern War Institute at West Point, and host of Max Brooks Breaks Down on YouTube.  .

“In most cases, no,” said Soltis Anderson, who noted that ten years ago, leftists would have been against corporate activism, and are now the ones calling for it. However, she said, “Disney does sell values,” and is tied closer to that than the average company.

Brooks said anyone who makes money takes a stand. But, he said, “As a consumer, I have a choice. When Disney comes out with Mulan 2 and she wants to fight the Dalai Lama, I can say goodbye.”

Maher sounded a familiar theme of his based on those reactions, about how “We’re becoming a country where we have nothing in common.” He added that America “needs more neutral things.”

“Most Americans are with you on that,” Solitis Anderson said.

In the monologue to close the show, Maher took issue with the increasingly blurring of brand identities. He called out TLC and A&E, which have moved away from their roots of learning and arts and entertainment into reality shows.

“The History Channel has no history, and MTV has no music,” he railed. “You can buy a petting zoo and turn it into a bondage dungeon, but you gotta change the sign.”

Playboy’s attempt to do away with nudity in an ill-fated move drew Maher’s ire. Taking the nudity out of the magazine “was like taking cats out of Cat Fancy,” he said. On a similar path, Sports Illustrated’s swimsuit issue now celebrates “all kind of bodies except the good kind.”

“Was it really such a crime to have one magazine once a year to have supermodels attempt to hide their nipples?” Now, SI seems “edited by the Huffington Post.”

Valentine’s Day, the Boy Scouts, and ACLU came in for further lumps for changing their brands and missions. But Maher saved his final point for the Republican Party, which Maher accused of representing “a form of government you don’t believe in.” The answer to addressing that is to rename it to “The Trump Party,” he concluded.

Earlier in the show, Maher’s guest was Ernest Moniz, the former US Secretary of Energy and now CEO of the Energy Futures Initiative.

Moniz delivered messages that were equal parts gloomy and hopeful. While he allowed that a full-scale nuclear exchange was not out of the question, given Russian President Putin’s “rather reckless language,” he also allowed that fusion energy – a long-sought goal for creating clean, cheap energy – is “closer than you think.” He predicted private industry would introduce it in this decade, perhaps leading to a fuller expansion in the public sector in the years to come.