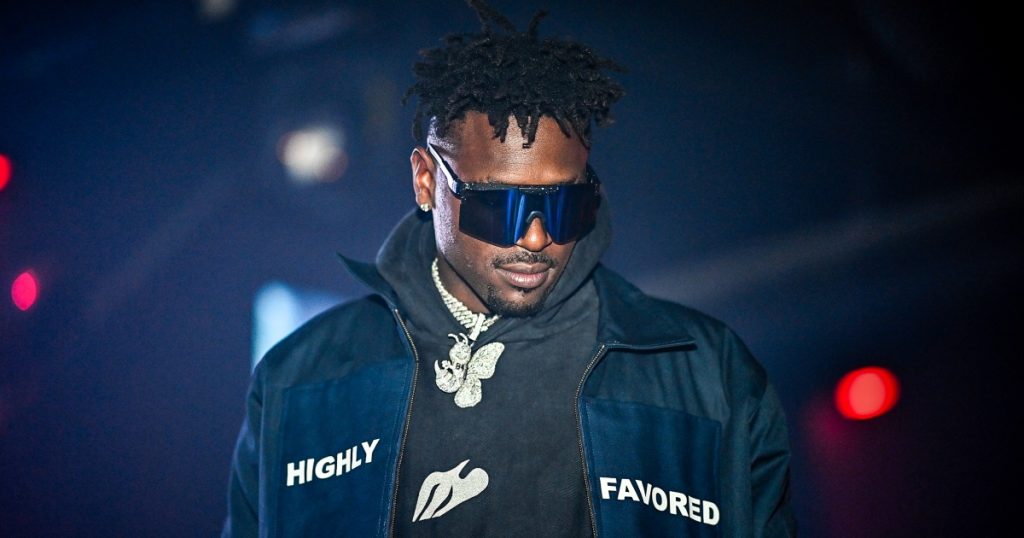 The incident unfolded at about 1:30 p.m. ET Monday, when Brown and an unidentified woman “were involved in a verbal altercation at a home in South Tampa,” Tampa police said in a statement.

“At some point later on, the argument turned physical, after the suspect threw a shoe at the victim,” the statement said. “The suspect also attempted to evict the victim from the residence and locked her out of the home.”

Brown is wanted on suspicion of battery, and police have a court-ordered warrant for his arrest, officials said.

A representative for Brown could not immediately be reached for comment Thursday.

Brown, a wide receiver, was last on an NFL field on Jan. 2, when he famously took off his Buccaneers jersey and pads during a game at MetLife Stadium in East Rutherford, New Jersey.

Bare-chested, he gestured toward fans as he left the field, and possibly his NFL career. No team has signed Brown, 34, so far this year.

He was once accused of sexual assault in a lawsuit filed by his former trainer. Brown denied the allegation, and the civil complaint was settled.