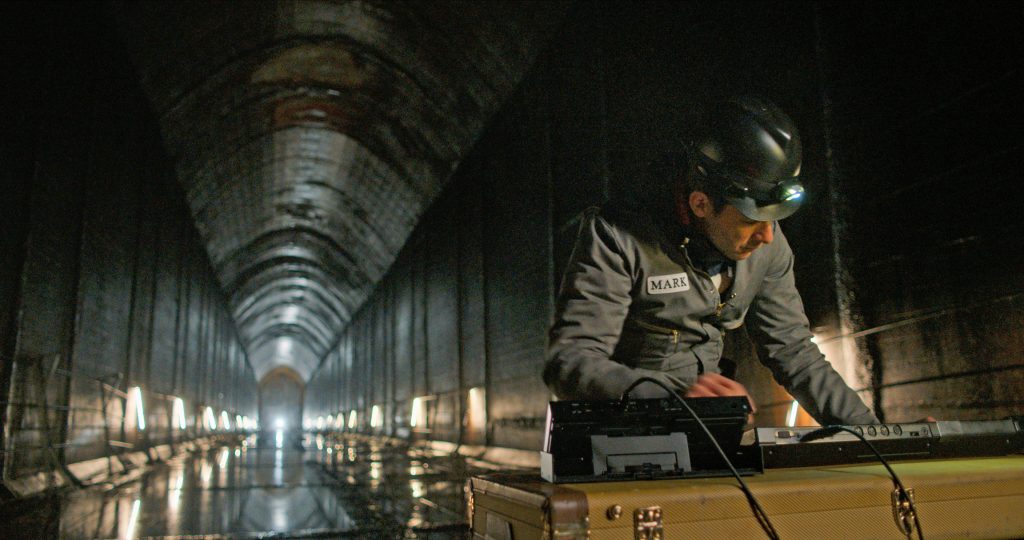 If Gary Numan had heard a different sound the first time he encountered a synthesizer, we might not have had “Cars,” “Are ‘Friends’ Electric?” or even Gary Numan (he was born Gary Webb before adopting his stage name). The New Wave movement might have been little more than a ripple, Synth Pop may have never happened and, in a roundabout way, Calvin Harris might never have known what we came for.But Numan did hear that all-important sound, the one that lit up his brain and switched him on to technology as a music-making tool, paving the way for electronic music to go mainstream. That’s just one of many accidentally influential moments to be found in Watch the Sound with Mark Ronson — a documentary jaunt through the cornerstones of music technology that’s streaming now on Apple TV+.Ronson is, perhaps, best known for his work with Amy Winehouse — a decidedly analog, brassy affair. But his love of technology is abundantly clear as Watch the Sound serves up easily digestible bites of musical history around key technological themes: Sampling, drum machines, synths and beyond. Along the way, Ronson casually drops in on such luminaries as Paul McCartney, Quest Love and the aforementioned Numan, along with contemporary artists such as Charlie XCX and King Princess. If the series doesn’t inspire you to google around for a MIDI controller by the end of it then nothing ever will.Apple TV+Unlike Netflix’s fast-paced This is Pop, Watch the Sound leans more histrionic. Each episode starts with Ronson recounting his own first experience with whatever this episode is about (a sampler, distorted guitars and so on). He then spends time with artists that popularized that sound, asking pensive questions and generally nerding out about music as only someone with Ronson’s wide palette of influences really can.This sense of a journey through Ronson’s musical interests gives Watch the Sound a more intimate feel than This is Pop’s more talking heads approach. “I think what’s important is that there is a familiarity between the episodes, there is a kind of a guiding force. And that was always going to be Mark’s personal experience,” executive producer Mark Monroe told Engadget.This sense of “experience” is perhaps no more apparent when Ronson spends time with Sean Ono Lennon. Lennon talks candidly about his father’s own struggle with the sound of his voice. He then adroitly reinvents a recording of Lennon senior with Harmony Engine (that Ronson describes as “autotune on steroids”) in what turns out to be a surprisingly tender moment. Lennon junior is visibly moved by this brief yet intimate musical encounter.Of course, the show is about the machines as much as the people that made them important. Watching DJ Premier’s absolute mastery of the MPC, for example, is as impressive as it is frustrating (at least to anyone else who’s had a go on one and could barely peck out a beat). Later on, watching Ronson take a box cutter to a speaker cone with David Grohl feels like it should have been an outtake until… goddammit, why is he somehow good at everything? (You’ll have to watch it to find out why they did this.)Other humorous moments are, perhaps, less intentional. Ronson at one point finds himself in a full miner’s jumpsuit, and he’s never looked so uncomfortable. In episode one, we enjoy a rare, albeit slight crack in his golden touch as he struggles to make anything remotely musical with autotune (he rectifies that later, naturally).If there were an enduring message in Watch the Sound (and many other series of its ilk) it’s that perfection and talent are rarely what creates something magical. Most of the technology featured was either misused, misunderstood or reappropriated through necessity. Legends were born thereof and this is just how we do things now.It’s refreshing, if not invigorating to know that you don’t have to aspire to perfect pitch or even really have any formal musical training to be a pioneer. In fact, it’s easy to convince yourself that knowing your scales might even hold you back sometimes if you find yourself trying to only play by the rules.This sentiment is solidified in the episode about synthesizers. Here, the cast of heroes is more at home with an oscilloscope than with an oboe. The band of misfits (and, let history show, many, many more women than are ever given credit) effectively reinvented what music could be from the ground up.Apple TV+Monroe said that was something that became apparent during filming, too. “Digging into synthesizer and really kind of understanding what a disruptor it was … what an opportunity for the people on the outside of the music business … and not just to gain a foothold, but to become, you know, legendary.”Even if you don’t have an interest in how music is made, the show will have you jotting down the names of bands and songs you want to explore further and delight you with a sense of possibility. Or in my case, vindication. The episode on sampling recounts the abhorrent push-back that this new technology received. “That’s not real music” someone remembers being told. If, like me, you grew up listening to Fear of a Black Planet and the countless artists it inspired, it’s hard not to do a mental fist-pump to yourself for not being one of those jerks.By the end of the show, you might find yourself motivated to dig out that guitar from the loft, or fire up your laptop. Apple, it seems, knew this might be the case. To coincide with the show’s launch, the company has created a “companion experience” for GarageBand via an exclusive Producer Pack.That said, once you discover how the Beastie Boys achieved their iconic vocal sound on “So What’Cha Want” or how Sonic Youth creatively used drumsticks on their guitars, you might realize you don’t even need any fancy software to do something different.Watch the Sound with Mark Ronson premieres on Apple TV+ today.
Read More